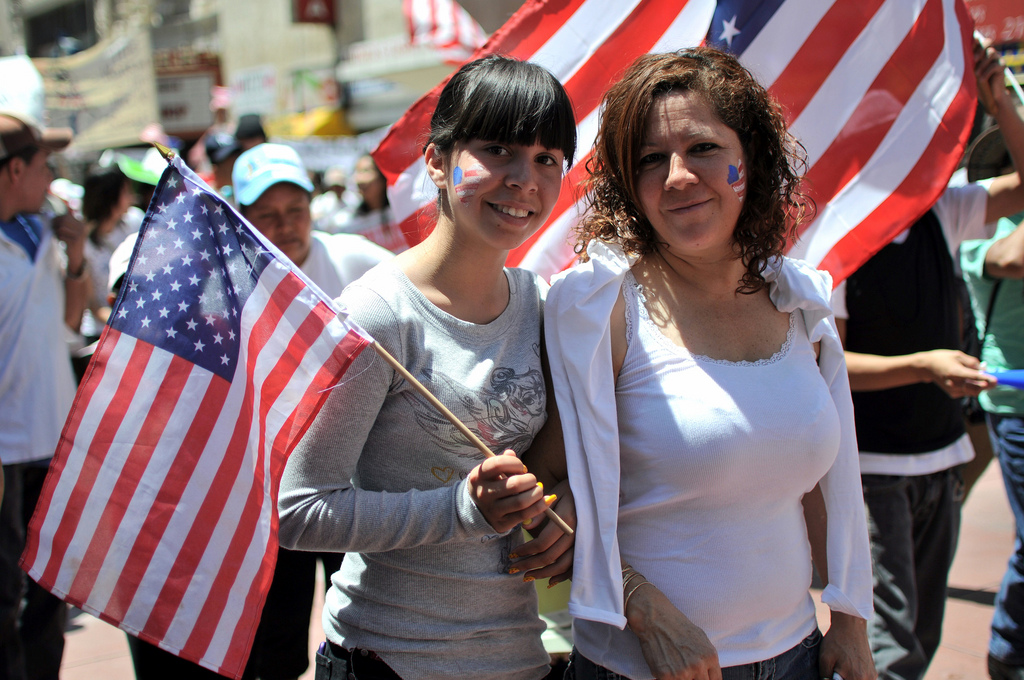 Young undocumented immigrants who came to the United States as children—often referred to as DREAMers—have grown up here, gone to school here, and formed deep roots in local communities. And while their immigration status prevents them from voting or even accessing affordable higher education in some states, DREAMers are civically active in pushing for reforms to the nation’s immigration policies that personally affect them and their families. A new report based on surveys of young immigrants found that 35 percent of DREAMers polled said they were part of an immigrant rights group. According to “In Their Own Words: A Nationwide Survey of Undocumented Millennials” by Tom Wong and Caroline Valdiva, that civic action does not translate into an automatic alignment with one political party.

About 40 percent of respondents said they aligned with the Democratic Party based on its immigration positions. Five percent said they were closer to the Republican Party because of its position. The other half of young immigrants surveyed said they were independents or had no party affiliation. As The New York Times explains, the political views of undocumented immigrants are significant because they still have an impact:

[E]ven though none can vote, since they are not citizens, they have shown they can have an impact on Latinos who do vote. As a group, the youths are politically active, according to the study, with four in 10 having attended a rally or demonstration, compared with 6 percent of people surveyed in the 2012 American National Election Study, a national poll. Nearly half of the youths in the immigrant study said they had participated in voter mobilization efforts in 2012, with nearly three-quarters supporting President Obama’s re-election.

Wong and Valdiva conducted the online nationwide survey of more than 1,400 DREAMers by reaching immigrants through Facebook advertisements, where they self-selected to participate. They warn that “any generalizations based on the data should be made with caution.” But the findings do align with new polling data from Latino Decisions showing that “current deportation policies have the potential to alienate Latino voters from the Democratic Party for decades.” Latino Decisions surveyed U.S.-born Latino voters whose parents were born in Latin American countries. One-fifth reported that either a close or distant relative had been deported.

The debate about how to improve the U.S.’s broken immigration system is an ongoing fight on Capitol Hill. But the policies have a very personal impact on immigrants and their families. Lawmakers should remember the people—and voters—who are impacted as they consider whether or not to bring forth immigration legislation.