Posted by Amanda Peterson Beadle | May 29, 2014 | Enforcement, Immigration and Crime 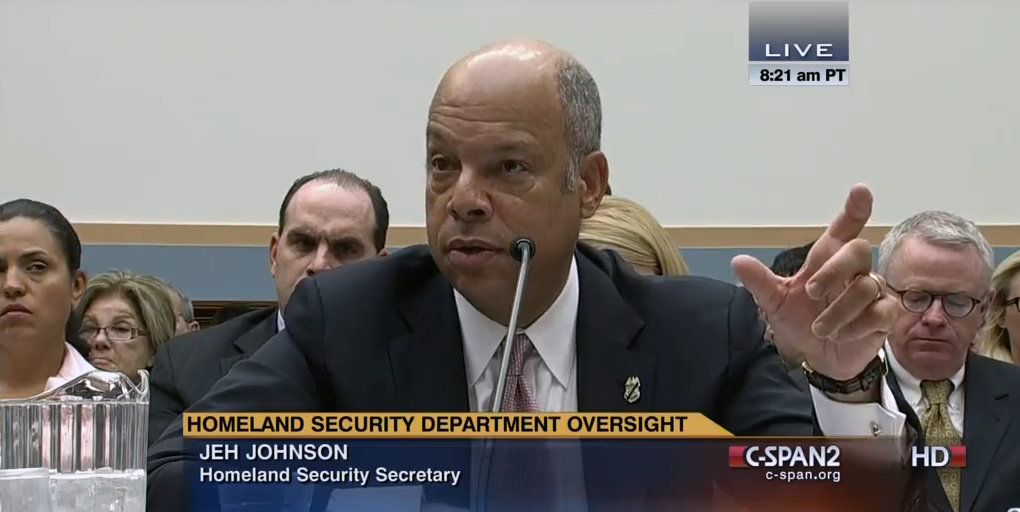 Only days after President Obama asked Secretary of Homeland Security Jeh Johnson to hold off his deportation review in order to give House Republicans space to move immigration reform negotiations forward, some of those same House Republicans in the Judiciary Committee held an “oversight hearing” of DHS. The hearing turned out to be little more than an opportunity to drag out every nativist, anti-immigrant myth or misleading data point members could find.

Most quoted at today’s hearing was a report released last week that claims that U.S. Immigration and Customs Enforcement (ICE) is releasing tens of thousands of dangerous criminals into communities across America. The report relies upon an over-simplified (and mostly unexplained) analysis of one ICE document to make its case. Despite the questionable quality of the data, committee members—including Chairman Bob Goodlatte—questioned Johnson about information in the report and why 36,000 immigrants who have criminal convictions were reportedly released from custody. Specifically, Goodlatte claimed the releases “needlessly endanger Americans’ lives.” But their questions ignored basic facts about how the immigration enforcement system works and laws around the detention of immigrants.

The secretary noted that all of those released were not undocumented immigrants nor dangerous criminals. Additionally, he explained to committee members that many of the releases were ordered by immigration judges or that those released were still under some sort of supervision and monitoring. He said during his testimony that he asked for a “deeper understanding” of the cases in which some immigrants had been released. “I’ve seen some pretty serious criminal convictions on that list, including homicide,” Johnson said. “I want to ensure we are doing everything we should be doing.”

Johnson’s explanations and assurances however were not enough for Rep. Steve King (R-IA), who introduced an amendment to the Commerce, Justice, and Science Appropriations bill that allocates $5 million for the Justice Department to investigate the releases. The House passed King’s amendment 218-193. The budget bill next heads to the Senate after the House approves it.

Rep. Suzan Del Bene (D-WA) proposed some of the rare, productive questions at the hearing including some concerns in her state around border patrol harassment, racial profiling, and the 100-mile enforcement of border laws, which is the norm at the southern border. She also mentioned her concerns with detention centers in her state which have experienced hunger strikes  and are among those facilities where detainees work for $1.00 per day—news recently broken by the New York Times.

What the hearing most illustrated today is that the majority members of the House Judiciary Committee are not interested in having a productive conversation around immigration policy. They are erring on the side of those individuals and organizations who, for years, have worked steadfastly against fixing our immigration system. Hopefully, the space that the President has opened for the House by delaying action on DHS’s enforcement review will soon be filled by reasonable voices.