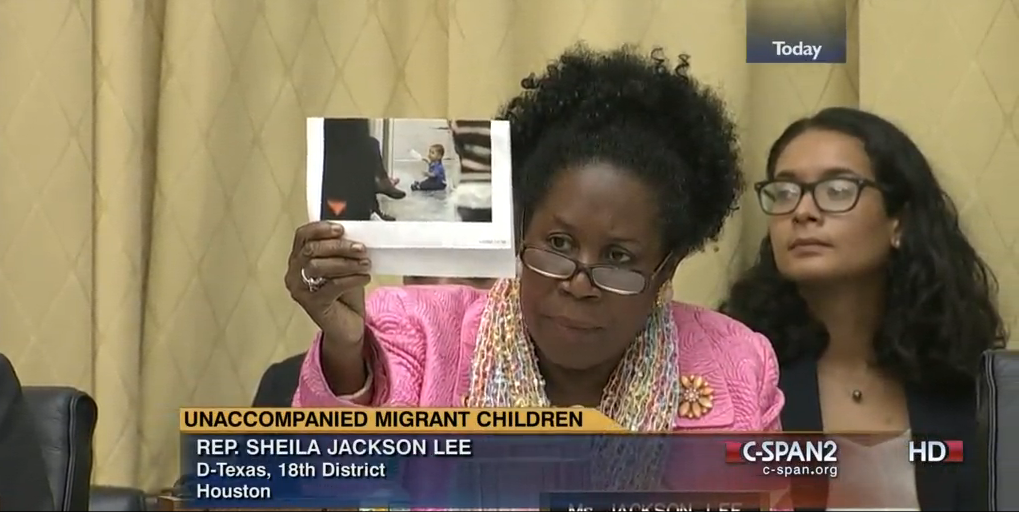 The House Judiciary Committee’s June 25 hearing was supposed to be about the recent surge in the numbers of unaccompanied child migrants from Central America who are arriving at the U.S.-Mexico border. Had this really been the subject of the hearing, the topic of escalating gang violence in Honduras, Guatemala, and El Salvador would have been front and center—as would the issue of how best to help children who have been seriously traumatized by both their journeys and conditions in their home countries. Yet, thanks to some who sit on the committee and those seated at the witness table, getting at the heart of these matters was like pulling teeth.

The title of the hearing revealed just how compassionless it was meant to be: “An Administration Made Disaster: The South Texas Border Surge of Unaccompanied Alien Minors.” Not children; just “alien minors.” This was a hearing that was intended to be used as a platform to attack the Obama administration, not discuss unaccompanied children. It is revealing that, in his opening statement, Chairman Bob Goodlatte (R-VA) noted only in passing that the “generalized violence” in Central America has “always played a role” in migratory decisions. But, in Goodlatte’s opinion, the determining factor behind the current crisis is the supposed ease with which unauthorized immigrants can get a free pass into the country without fear of deportation.

Rep. John Conyers, Jr. (D-MI) quickly pointed out that Goodlatte’s line of reasoning makes no sense. If the Hondurans, Guatemalans, and Salvadorans currently fleeing their countries are only looking to get a free pass into the United States, then why are so many of them going to Nicaragua, Costa Rica, Panama, Belize, and Mexico instead of to the United States? And why aren’t Nicaraguans and Mexicans also flocking to the border to get their hands on this free pass? The logic of the nativist arguments about this crisis crumble in the face of such simple observations.

It was also telling that, behind the witness table, only one person—Rev. Mark J. Seitz, Bishop of the Diocese of El Paso—returned the discussion to the point where it should have been all along. He talked about the violence and terror fomented in Central American cities by gangs. He described how parents make an agonizing decision to place their children in the hands of a smuggler, and subject them to a possibly fatal journey northward, because that is the best choice among terrible alternatives. He said that unaccompanied minors apprehended at the border should be placed in child-friendly shelters as quickly as possible, and should be appointed both legal counsel and case workers.

Some at the hearing had no time for such concerns. Rep. Jason Chaffetz (R-UT) decried fraud in the asylum process rather than discuss the children as human beings. Witness Chris Crane, president of the National Immigration and Customs Enforcement Council 118, declared that the most “humane” thing we can do is to consistently enforce existing immigration laws (that is to say, deport all unauthorized immigrants, be they children or adults). And Brandon Judd, president of the National Border Patrol Council, denounced the “catch and release” of unauthorized immigrants and proclaimed that no “special status” should be accorded to any unauthorized immigrants—age notwithstanding.

Rep. Jerry Nadler (D-NY) summed up the hearing quite succinctly, saying that it was a “farce.” It made light of a serious humanitarian crisis and used it to score political points. It belittled the children who are the victims of this crisis. And it illustrated just how cold a nativist heart can become—even towards a child.