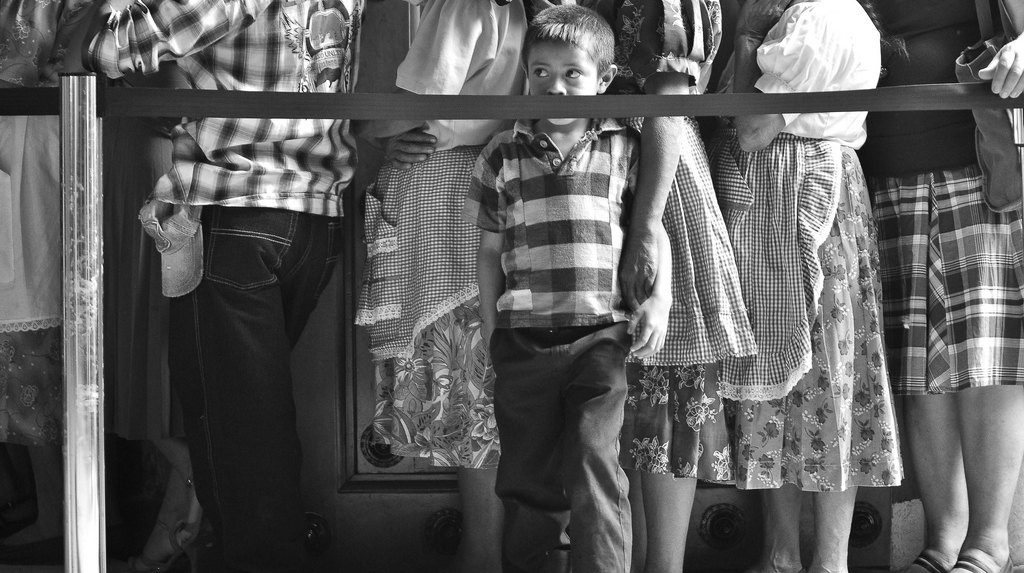 Congress adjourned last week without passing a supplemental spending bill to cover the costs of managing the influx of unaccompanied minors and families in the Rio Grande Valley. If the issue had simply been one of how much of President Obama’s $3.7 billion request actually would be appropriated, there might have been a compromise. The Senate bill, which failed Thursday on procedural grounds, allocated $2.7 billion; the House bill that passed on Friday night included only $694 million. In both cases, however, passage turned on a partisan issue—whether the supplemental would also include provisions that rewrote the anti-trafficking laws, stripped children of the right to full hearings in immigration court, and, for the House, barred President Obama from expanding the Deferred Action for Childhood Arrivals (DACA) program.

The House did all that and more on Friday night, but it was a hollow victory, one that will never become law and that is likely to be an embarrassment to the Republican Party for years to come.

The House designed the proposal to condition the appropriation of extra money for the humanitarian crisis on drastic changes to existing humanitarian laws. Many Republican members of Congress, such as Steve King (IA) and Michele Bachmann (MN), also argued that further restrictions were necessary to counter the “lawlessness” of the president. Their argument, essentially, was that DACA and other positive immigration actions were serving as a magnet for young children. From this perspective, President Obama himself was directly responsible for the influx of minors because DACA was egging them on to come to the U.S.

Although the original supplemental bill contained many rollbacks of due process, it didn’t go far enough for restrictionists like King and Bachmann. Rather than be defeated by his own party, Speaker John Boehner pulled the bill from the floor on July 31. To appease the hold-outs, House leadership worked desperately through the night to negotiate a deal that, as Bachmann chortled, gave them everything they wanted.

In addition to minimizing the protections offered to children under the Trafficking Victim’s Protection Reauthorization Act (TVPRA), the House bill that eventually passed 223 to 189 increased funding for the National Guard at the Texas border, gave governors a say in placing kids on military bases in their state and further restricted asylum eligibility. To sweeten the deal, a second bill aimed at stopping President Obama’s discretionary authority was also offered. In effect, it would put an end to DACA by defunding any future adjudications, including renewals. Chief sponsor Marsha Blackburn (R-TN) explained on the House floor, “What it will do is to tie the President’s hands as to future executive actions that he might take to expand amnesty for illegal entrants into this country. It would freeze DACA.”

But in the end, the DACA bill, which passed the House 216 to 192, will do no such thing. Neither bill in its present form will be taken up by the Senate; President Obama had already threatened a veto even before the drastic attacks on his authority became public.

If anything, President Obama’s opponents have probably strengthened his hand. The president can credibly say that Congress gave him no choice when the most significant immigration measures the House approved are to increase border spending, strip due process, and take away the only major immigration reform of the last decade. By attempting to end DACA—a program to help prioritize enforcement by offering relief to low-priority individuals—but refusing to consider Democrats’ multiple pleas to take up HR 15, the comprehensive immigration reform bill, House leadership became squarely associated with those who have no solutions for our immigration crisis.

According to Rep. David Price, (D-NC), “Rather than providing the necessary funds to deal with the humanitarian crisis at the border, this bill mainly reduces protections for young people facing violence that we can hardly imagine.” Price called the supplemental a “so-called” appropriations bill “because it really is mainly about ill-advised and mean-spirited policy changes. And John Conyers (D-MI), dean of civil rights in the House, called the DACA bill, “one of the most mean-spirited and anti-immigrant pieces of legislation I have seen in all of my years in the Congress.” By conditioning humanitarian funding on these same mean-spirited results, the restrictionists in the House dragged their caucus down with them.

The DACA vote also highlighted the growing split in Republican ranks over immigration. Eleven Republicans, all supporters of immigration reform, voted against the DACA bill. House leadership wasted political capital on measures that simply made them look like they didn’t care about kids. Despite a vote, they still got nothing done. Pundits are predicting that this was a miscalculation with epic political implications. Whatever victory the restrictionists won on Friday will, in the end, still be tallied as a loss.