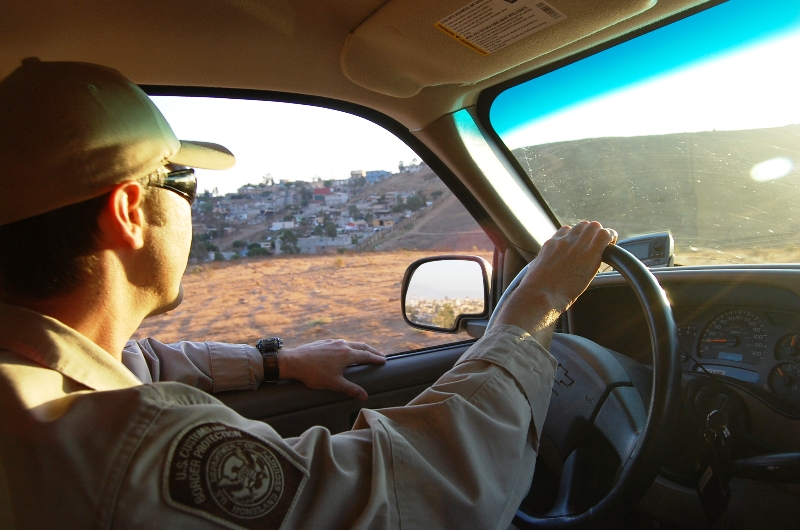 While allegations of abuse committed by Customs and Border Protection (CBP) officers are nothing new, it’s not every day that someone as high-ranking as the former head of the agency’s internal affairs office is the one blowing the whistle. In an interview with The Center for Investigative Reporting that was published on August 14, James F. Tomsheck—who served eight years as the assistant commissioner for internal affairs at CBP and was removed in June—throws the book at the agency, alleging that CBP officers (including Border Patrol agents) have covered up fatal shootings, leaked sensitive information, and accepted bribes from drug traffickers, among other offenses. Taken together with the many reports which have been released over the years documenting the same sorts of abuses by CBP, Tomsheck’s allegations should serve as a wake-up call in Washington that the agency should be independently investigated and fundamentally reformed.

According to Tomsheck, at least one quarter of the 28 cases in which people have died in the course of encounters with CBP officers since 2010 are “highly suspect.” Moreover, Border Patrol officials have attempted to distort and cover up the facts of these cases in order to make them look like “good shoots.” This dismissive and high-handed approach to wrong-doing stems in large part from what Tomsheck terms the “institutional narcissism” of CBP—the widespread view that it is the premier federal law-enforcement agency. In a similar vein, he says that the Border Patrol leadership views the Border Patrol “as the Marine Corps of the U.S. law enforcement community,” and that it “has a self-identity of a paramilitary border security force and not that of a law enforcement organization.”

Adding to these systemic problems, Tomsheck said that between 5 and 10 percent of border agents and officers are or were corrupt at some point in their careers. The corruption took the form of stealing government property, leaking sensitive information, and taking bribes from smugglers to allow drugs or people into the country. Moreover, Tomsheck claimed that thousands of CBP officers hired during the agency’s massive post-9/11 expansion may be unfit to carry a badge and a gun. He is certain that criminals joined CBP during this expansion.

If true, these allegations go a long way in explaining the findings of reports by non-governmental organizations that monitor the conduct of CBP officials. For instance, a report from the American Immigration Council found that:

“809 complaints of alleged abuse lodged against Border Patrol agents between January 2009 and January 2012. These cases run the gamut of physical, sexual, and verbal abuse. Although it is not possible to determine which cases had merit and which did not, it is astonishing that, among those cases in which a formal decision was issued, 97 percent resulted in ‘No Action Taken.’ Among all complaints, 40 percent were still ‘pending investigation.’”

Likewise, the Migrant Border Crossing Study—a binational study of 1,110 recently repatriated migrants surveyed in six Mexican cities between 2009 and 2012—found “that 11% of deportees report some form of physical abuse and 23% report verbal mistreatment while in U.S. custody—a finding that is supported by other academic studies and reports from non-governmental organizations.” And “just over one-third of deportees report having belongings taken and not returned. Perhaps one of the most alarming findings is that, among deportees who were carrying Mexican identification cards, 1 out of every 4 had their card taken and not returned.”

These reports and Tomsheck’s allegations paint a portrait of an agency in which law-enforcement officers are all too frequently on the wrong side of the law; using excessive (and sometimes fatal) force without provocation, lying about unjustifiable shootings, accepting bribes from drug smugglers, and stealing government property. The fact that these illegal acts occur with such regularity is evidence of systemic problems within CBP that must be fixed. Not only is the agency letting the wrong people in, but it has created a culture of impunity within which wrong-doing flourishes.