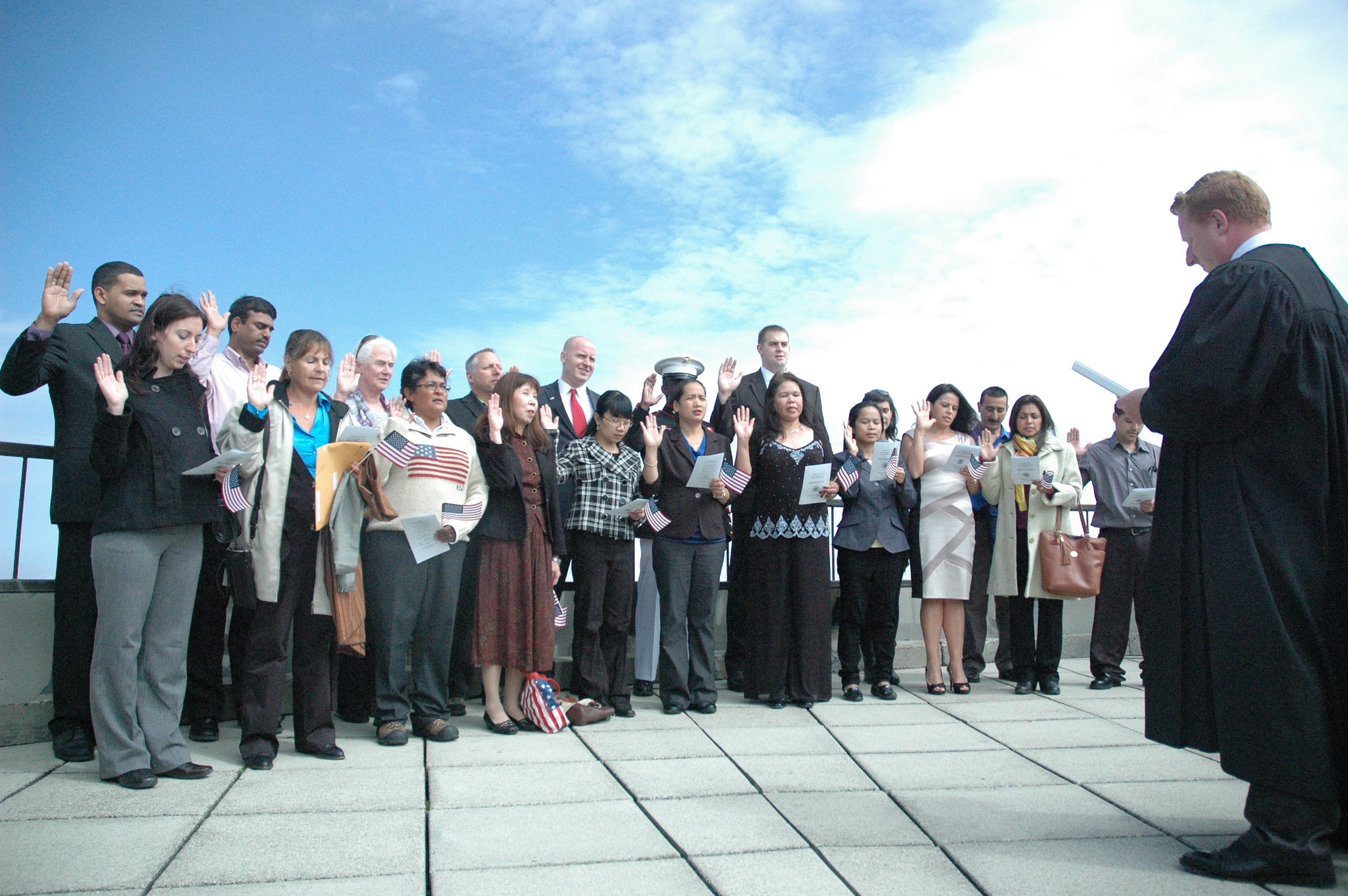 Each year on September 17, the United States observes Constitution Day and Citizenship Day, a combined event that commemorates the anniversary of the signing of the constitution in 1787 and recognizes all those who are or have become U.S. citizens. This week, U.S. Citizenship and Immigration Services is celebrating Constitution Day and Citizenship Day by welcoming more than 27,000 new citizens in more than 160 naturalization ceremonies around the country. It’s a day for Americans to reflect upon the importance of the rights and responsibilities of citizenship, to explore ways to remove barriers for those who are eligible, but still haven’t taken the leap, and examine the broader benefits of ensuring access to citizenship.

A report released today, Citizenship: A Wise Investment for Cities, estimates that immigrants’ earnings would increase 8 to 11 percent nationally after naturalization, creating beneficial ripple effects in the wider economy. In fact, the report notes that naturalizing only half of eligible Americans would lead to multibillion-dollar gains in the largest cities: 6.1 to 10.1 percent in New York, 9.6 to 11.4 percent in Chicago, and 11.1 to 14.6 percent in Los Angeles. Furthermore, the increase in earnings of immigrants who otherwise would not have naturalized would likely mean additional economic activity, up to $4.8 billion over ten years to the local economy in New York City, up to $3.3 billion in Los Angeles, and up to $1.8 billion in Chicago. These increases would also generate additional local and state tax revenues. “Helping immigrants to naturalize is an investment that pays off. For the relatively low cost of promoting naturalization,” the report notes, “the result is stronger communities with members who have made a permanent commitment to stay and who are able to participate more fully in our democracy.”

“American mayors are realizing that they can and should act now to encourage naturalization and immigrant integration,” said Manuel Pastor of USC. “This study makes the benefits for regional economies crystal clear, not only by boosting immigrants’ earnings, but for its larger positive ripple effects.” Indeed, the report’s release coincides with the launch of Cities for Citizenship, a national initiative chaired by the Mayors of New York City, Chicago, and Los Angeles.

In addition to cities’ investing in and encouraging citizenship, support from the local community to welcome new immigrants who want to establish roots is also important. As such, groups across the country are stepping up to fill that role and are cultivating an environment of welcome in their cities. This week, over 100 organizations across the country—more than double the number from last year—are hosting over 160 events in 27 states. The third annual National Welcoming Week, September 13 to 21, is a week of nationwide events, led by Welcoming America, designed to “honor immigrant contributions and build bridges among diverse local residents.”

Hopefully these nationwide movements won’t be lost on leaders in Washington. “Whether leaders in Washington recognize it or not, the Era of Welcoming has already begun,” said Welcoming America Executive Director David Lubell. “What we are seeing across the country is a groundswell of communities recognizing that creating an environment where everyone can contribute—no matter what they look like or where they were born—is the foundation of American competitiveness and economic vitality.”

Partnerships among local government and community organizations—such as those represented among National Welcoming Week activities—along with mayors encouraging citizenship and a welcoming climate in their cities, can all serve as ways to break down barriers for immigrants in ways that benefit everyone.