Plan That Allows DREAMers to Serve in Military Limited 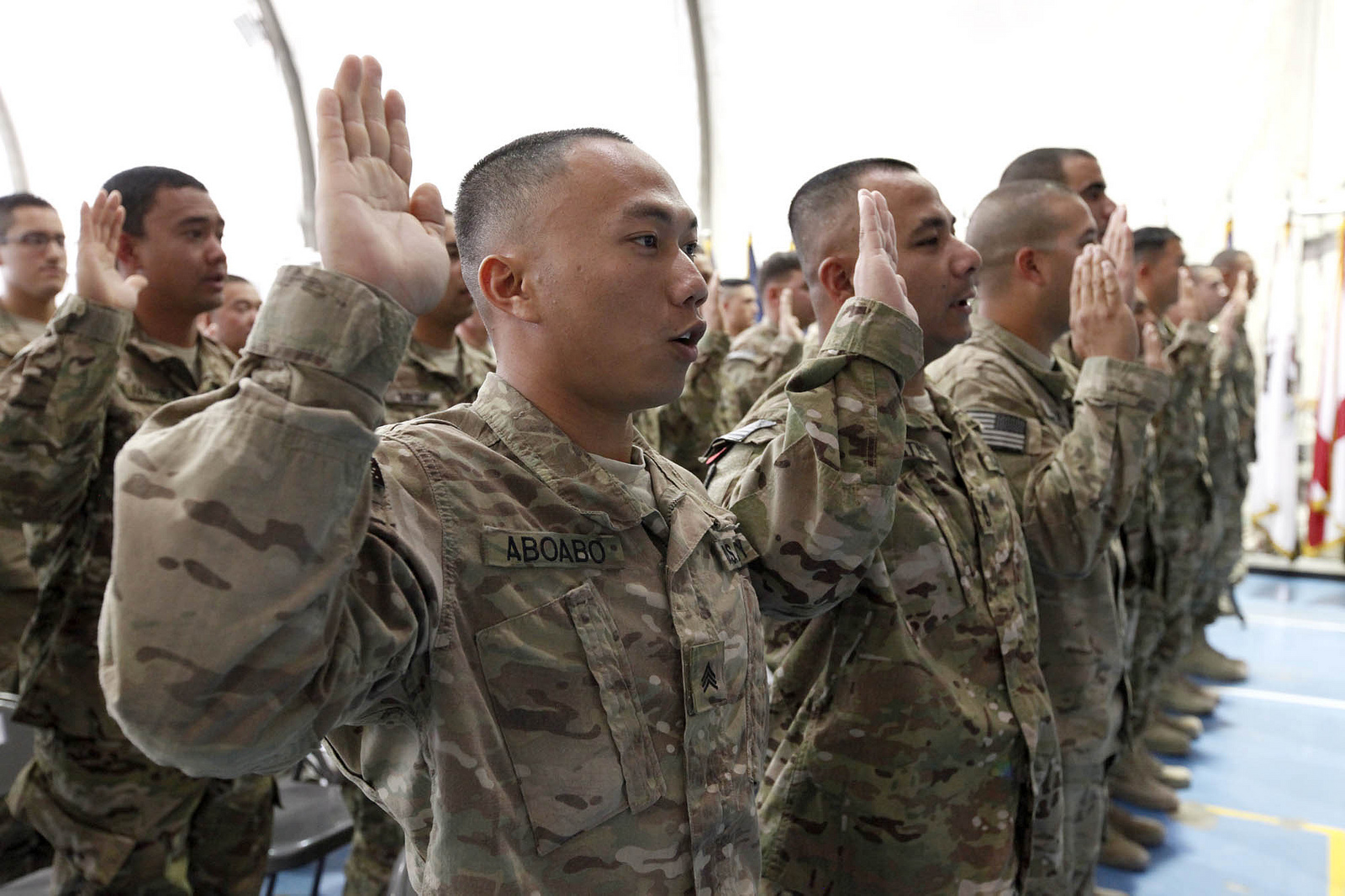 Only a small number of undocumented immigrants could serve in the military after the Obama administration last week announced that young immigrants who qualify for Deferred Action for Childhood Arrivals (DACA) can apply through the Military Accessions Vital to National Interest (MAVNI) program. The military has used MAVNI since 2008 to recruit immigrants on non-citizen visas who have specialized language skills, like Arabic or Pashto, or with in-demand medical training, like orthopedic surgeons. But because of the onerous requirements, only a tiny fraction of the more than 1 million immigrants eligible for DACA are expected to qualify under MAVNI.

The foremost problem for immigrants with DACA who could qualify to serve is that “the military places restrictions on anyone — even a US citizen — who has any unauthorized immigrants in his or her family,” according to Dara Lind at Vox. It’s likely that many undocumented immigrants who came to the U.S. as children and qualify for DACA also have a sibling or parent who also lacks legal immigration status. Moreover, screening for undocumented family members is part of a mandatory military background check. As Lind writes, undocumented immigrants would have to declare to the military which of their relatives do not have legal immigration status, which could have a chilling effect on their wanting to apply at all.

Even beyond that hurdle, and language and medical skills, more hurdles stand in the way for undocumented immigrants interested in serving in the military, as the Arizona Republic explains:

[A]pplicants must pass a top-secret security background check, and the program is limited to 1,500 non-citizens a year.

There is already a waiting list of 4,000 to 5,000 people, according to Margaret Stock, an immigration lawyer in Anchorage, Alaska, and a retired Army lieutenant colonel.

As a result, the number of undocumented immigrants able to join the military through the program may end up being fewer than 25, she said.

Because of how few young undocumented immigrants would actually qualify under the new guidelines, many supporters and lawmakers who have pushed for immigrants with DACA to be able to serve in the military took the announcement as a defeat. “Dreamers will not be fooled by the Administration’s latest effort to placate our community by opening enlistment into the military to a small pool of Dreamers,”

Cristina Jimenez, managing director of United We Dream, said in a statement. Sen. Dick Durbin (D-IL), a longtime supporter of comprehensive immigration reform, called the announcement a “missed opportunity.” “This decision falls short of what our nation needs and these young men and women are prepared to give,” he said.

The Pentagon had approved the plan to allow DREAMers to serve in the military in May, according the ThinkProgress, but the White House asked Defense Secretary Chuck Hagel to delay the policy announcement until after August so that Congress could have more time to work on permanent immigration legislation.

This MAVNI announcement, which has been delayed and more narrow than hoped for, begs the question of what approach the administration will take when and if it announces further executive actions on immigration. Will they be so limited that only a few qualify and apply, or will they take an expansive approach, and provide meaningful relief that will actually help ease our immigration crisis?

Photo by US Embassy Kabul Afghanistan.