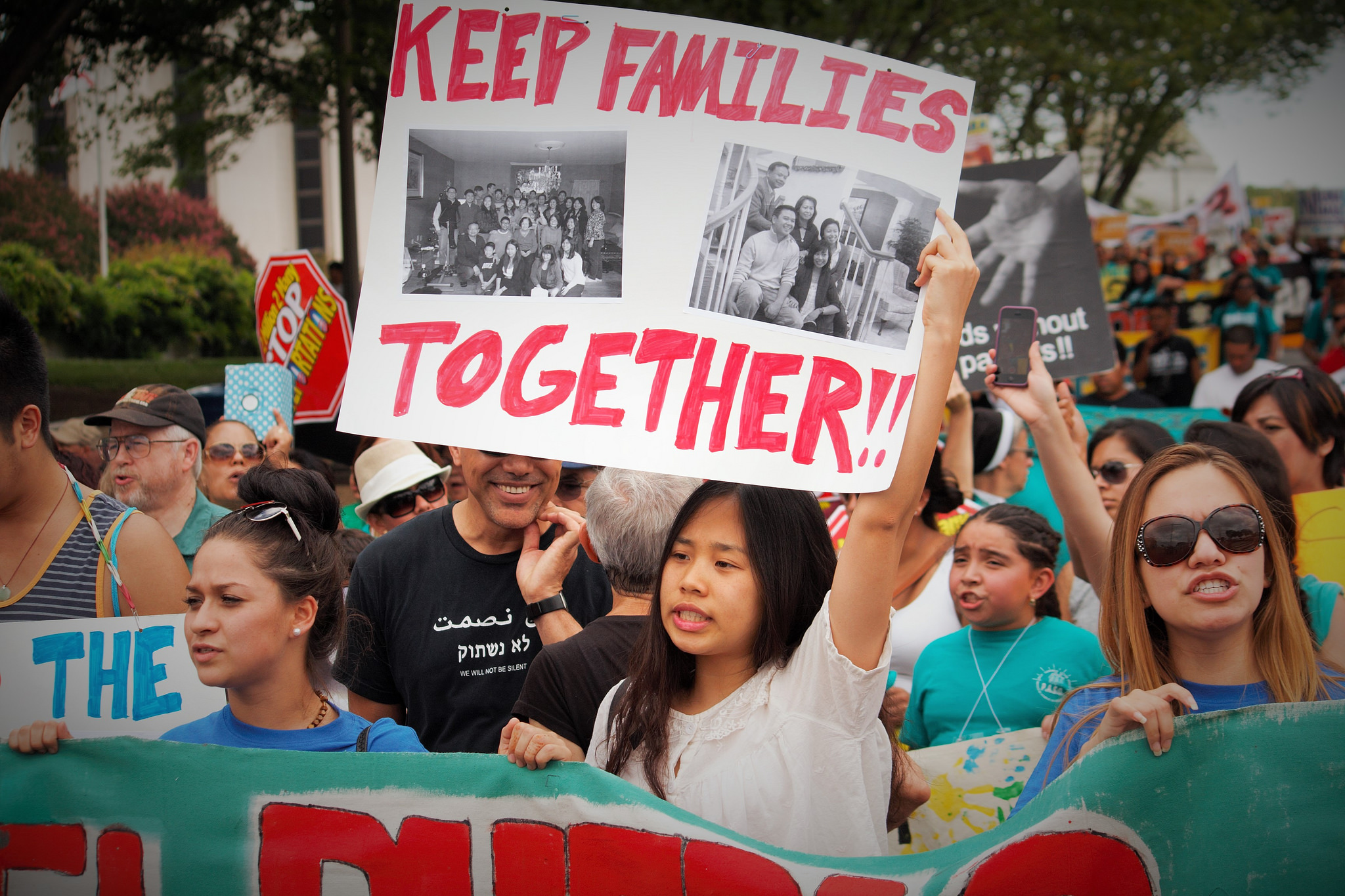 Wednesday was supposed to be the day that qualified undocumented immigrants began to apply for temporary deportation relief through Deferred Action for Childhood Arrivals’ (DACA) expanded requirements. President Obama announced the expansion in his November executive actions, but late Monday night, a federal district court judge issued a “preliminary injunction” that temporarily blocked the implementation of expanded DACA and the Deferred Action for Parents of Americans and Legal Permanent Residents (DAPA) initiative. The temporary halt to the DACA expansion, which is expected to help up to 300,000 additional immigrants, is not stopping those preparing to apply.

Noe Patino, a 33-year-old who came to the U.S. from Mexico when he was 12, told the Los Angeles Times that the ruling did not stop him from keeping his appointment with an immigration lawyer to discuss his DACA application. “It’s politics,” Patino, who meets the criteria for expanded DACA, said to the Times. Advocates urged immigrants like Patino to continue preparing their applications because the preliminary injunction is only the first step in a larger court battle over the President’s actions. “We know that the law is on our side,” said Angelica Salas, director of the Coalition for Humane Immigrant Rights of Los Angeles. And California Gov. Jerry Brown (D) defended the President’s actions, saying, “California stands firmly with the White House.”

In Colorado, Denver Mayor Michael Hancock pushed people to get ready for the DACA expansion because “very soon and inevitably, the decision in Texas will be overturned.” He was one of 33 mayors who signed an amicus brief supporting executive action in the lawsuit 26 states filed against President Obama’s initiatives. The executive action was a “bold and commonsense step” that will help millions of undocumented immigrants currently in the shadows, Hancock said at a rally on Tuesday. Roughly 90,000 immigrants in Colorado could benefit from deportation relief under President Obama’s executive actions, according to Rep. Jared Polis (D-CO).

Texas was one of the key states to bring the lawsuit, but in the state, immigrants and activists said they would not be deterred. “It’s only a bump in the road, it’s something we expected, and it’s only a scare tactic. We’re convinced, but our communities are going to stay together and fight for our communities,” said Liz Maganalles, who is working with the North Texas Dream Team to help immigrants apply for DACA and DAPA. And the ruling is a reminder about the need to enact policies that help immigrants. “Comprehensive immigration reform is important, but also that the president have authority that he could exercise to bring about change,” said Rep. Al Green (D-TX) at a meeting in Houston.

President Obama said Tuesday that his administration will appeal the court ruling. “The law is on our side, and history is on our side,” he declared. According to The New York Times, administration officials will be prepared to put the President’s executive actions into effect once the case is settled. But in the meantime, President Obama pushed for renewed debates in Congress about immigration reform. “We should not be tearing some mom away from her child when the child has been born here and that mom has been living here the last 10 years minding her own business and being an important part of the community,” he said.