Groups Recommend How the White House Could Boost Immigrant Entrepreneurs 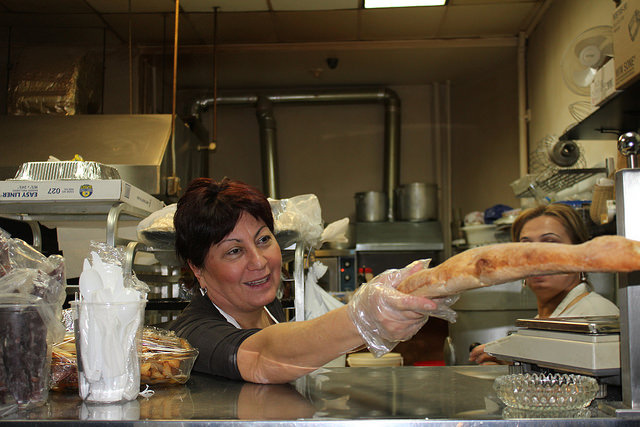 Immigrant entrepreneurs and small business owners contribute to local economies, often forming the backbone of neighborhoods. As part of his November announcement on immigration executive action, President Obama signed a presidential memorandum that creates a White House Task Force on New Americans to explore ways to strengthen federal immigrant and refugee integration. The task force will engage with community, business, and faith leaders, as well as state and local elected officials, to “help determine additional steps the Federal Government can take to ensure its programs and policies are serving diverse communities that include new Americans.” On February 9, as part of a “call for ideas” to help shape this strategy, individuals and organizations from across the U.S. submitted a comprehensive set of recommendations to the Task Force on New Americans  about how to encourage immigrant and refugee entrepreneurship and small business development.

When it comes to immigrant entrepreneurship, many organizations recommend the Task Force should consider leveraging and utilizing the Small Business Administration’s (SBA) nationwide network of local Small Business Development Centers. This could be done in partnership with local place-based initiatives and organizations to reach immigrants in their area. The Migration Policy Institute’s (MPI) National Center on Immigrant Integration Policy, for instance, recommends that the SBA evaluate the effectiveness of its Small Business Development Centers’ programming in meeting the needs of immigrants and refugees, including offering multilingual services, for example.

Welcoming America  suggested the Task Force should push the SBA to participate in a local-federal program and capitalize on high rates of immigrant entrepreneurship. Additionally, SBA could also “use business tour exchanges to build relationships between immigrant and U.S. born entrepreneurs, suppliers, and consumers.” Furthermore, SBA could recognize and/or certify businesses that promote a welcoming environment.

The National Partnership for New Americans recommends that the Task Force work with government agencies to explore how existing economic development programs can serve immigrants and refugees in U.S. cities and towns. Particularly, they suggest better identifying and addressing “the challenges these programs face in reaching and effectively serving immigrant business owners and immigrant-serving organizations that work to support them, including issues of language access and cultural competency.”

Among many other suggestions around civic, economic, and linguistic integration, each of these organizations offered recommendations to the Task Force for exploring ways to leverage resources and expertise to strengthen immigrant entrepreneurship. By March 20, the Task Force will submit a National Integration Plan to President Obama. But the recommendations for that plan are just one component of these organizations’ broader emphasis on a comprehensive approach to immigrant integration. In its recommendations to the Task Force, Welcoming America stated that “every day, communities around the country and across the globe are recognizing that being welcoming makes them more economically competitive and vibrant places for all residents.” The federal government, they say, has a unique role to make sure communities use “the competitive advantage that comes from creating a welcoming climate.” The Task Force should keep in mind these recommendations from a diverse array of national, state, and local organizations and consider how best to use them to increase the economic power immigrants give to cities across the country.