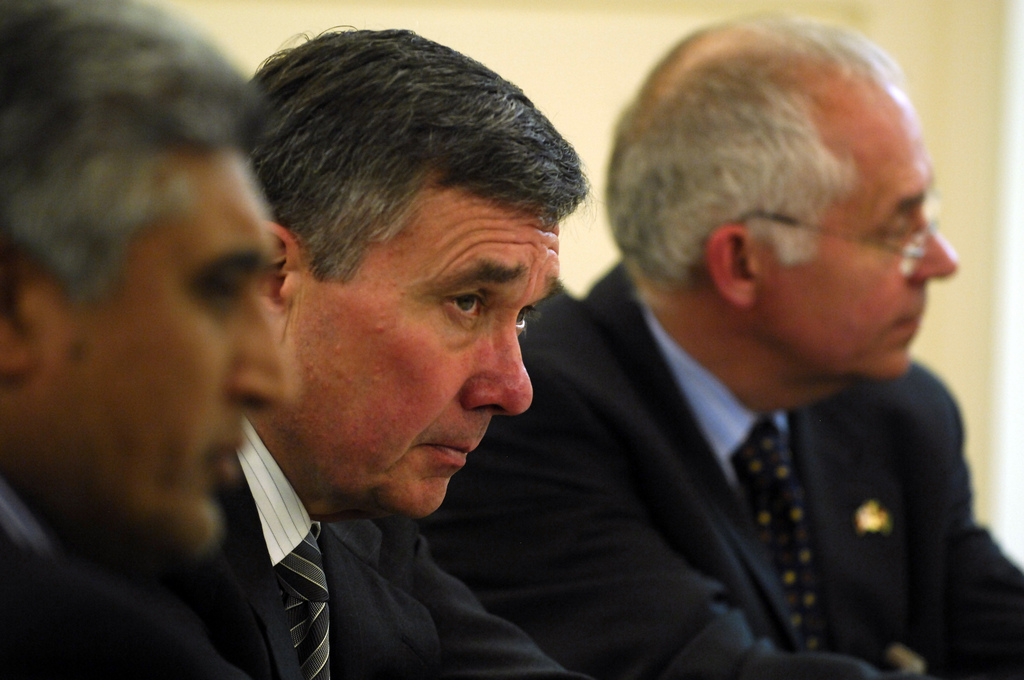 On Thursday, U.S. Customs and Border Protection’s (CBP’s) Commissioner Gil Kerlikowske answered questions from the House of Representatives’ Appropriations Committee regarding CBP’s budget, and more generally his first year on the job. Kerlikowske’s seeming rationality, and openness to administrative changes, provided an alternative to the enforcement-first strategy that has marked Congress’ approach to border security.

First, in response to questions about CBP’s failure to meet Congressional hiring quotas, Kerlikowske refreshingly cited oversight concerns at CBP. Committee Chair John Carter (R-TX) had asked Kerlikowske why CBP had only hired 700 of the additional 2,000 officers Congress had authorized in fiscal year 2014, and why the Border Patrol is 852 agents below Congress’ mandate of 21,370. Kerlikowske responded, “When we lowered our standards of hiring and did not properly vet people, we made mistakes in who got hired. We paid a price for that and are continuing to pay a price… I don’t want to get the wrong people in the place.”

Since 9/11, Border Patrol’s ranks have more than doubled from 9,000, as Congress pumped more money and agents into the agency. Yet this has occurred without concurrent oversight, creating “America’s most out-of-control law enforcement agency,” as Politico described Border Patrol in the article “The Green Monster.” Violence and corruption dramatically rose in CBP’s ranks, with nearly one CBP officer arrested for misconduct every single day between 2005 and 2012. One study from the Police Executive Research Forum (PERF) documented “concerns” regarding CBP’s use of force policies; another 2013 investigation by the Arizona Republic found that “since 2005, on-duty Border Patrol agents and Customs and Border Protection officers have killed at least 42 people, including at least 13 Americans.” Yet as Politico reported, “not a single Border Patrol agent” from 2006 to 2014 had been disciplined for excessive use of force.

CBP says it is taking steps to address this problem. As Kerlikowske reported in his testimony, in May 2014 CBP revised its Use of Force policy handbook and implemented a formal review process for use of force incident. Additionally, DHS Secretary Jeh Johnson recently delegated CBP the authority to investigate allegations of criminal misconduct by its personnel, with Kerlikowske reporting that 100 investigators had been certified. As Kerlikowske stated, “when I ran a police department [in Seattle], I had internal affairs”—yet historically, CBP functionally did not. Further, Kerlikowske said that CBP is now field testing body-worn cameras, as criminal justice authorities across the country have begun to do.

Secondly, Kerlikowske signaled that he understood that the agency’s response to newly arrived Central American children should not be viewed from a “border security” lens. He said, “When we saw those kids last summer… I didn’t see it as a border security issue, I saw it as a border management issue…. They came across and looked for someone in a green uniform.” Additionally, Kerlikowske signaled openness to other officials besides Border Patrol officers screening children for persecution and trafficking, including U.S. Office of Refugee Resettlement officers from the Department of Health and Human Services. A UNHCR report had criticized CBP officers’ inadequate screening of Mexican children at the border, and 2013 Senate immigration reform legislation would have paired CBP screeners with child welfare experts.

Third, rather than repeating rhetoric about the need for additional border security, Kerlikowske said, “I see a much more safe and secure border now,” certainly “more secure than in times past.” He also signaled openness to objectively measuring immigration enforcement through metrics, as a recent Bipartisan Policy Center report recommended. Kerlikowske said, “People would say ‘Is Seattle a safe city’ – but how do you know? Is it a safe city because we got a lot of police officers, the crime is lower, we made more arrests? I run into the same problem when someone says ‘what’s your definition of a secure border’?”

Kerlikowske’s testimony offered a vision for his agency that could, perhaps, reverse CBP’s entrenched culture of enforcement-first, oversight later. Actions speak louder than words, of course. It remains to be seen whether CBP’s actions will follow.