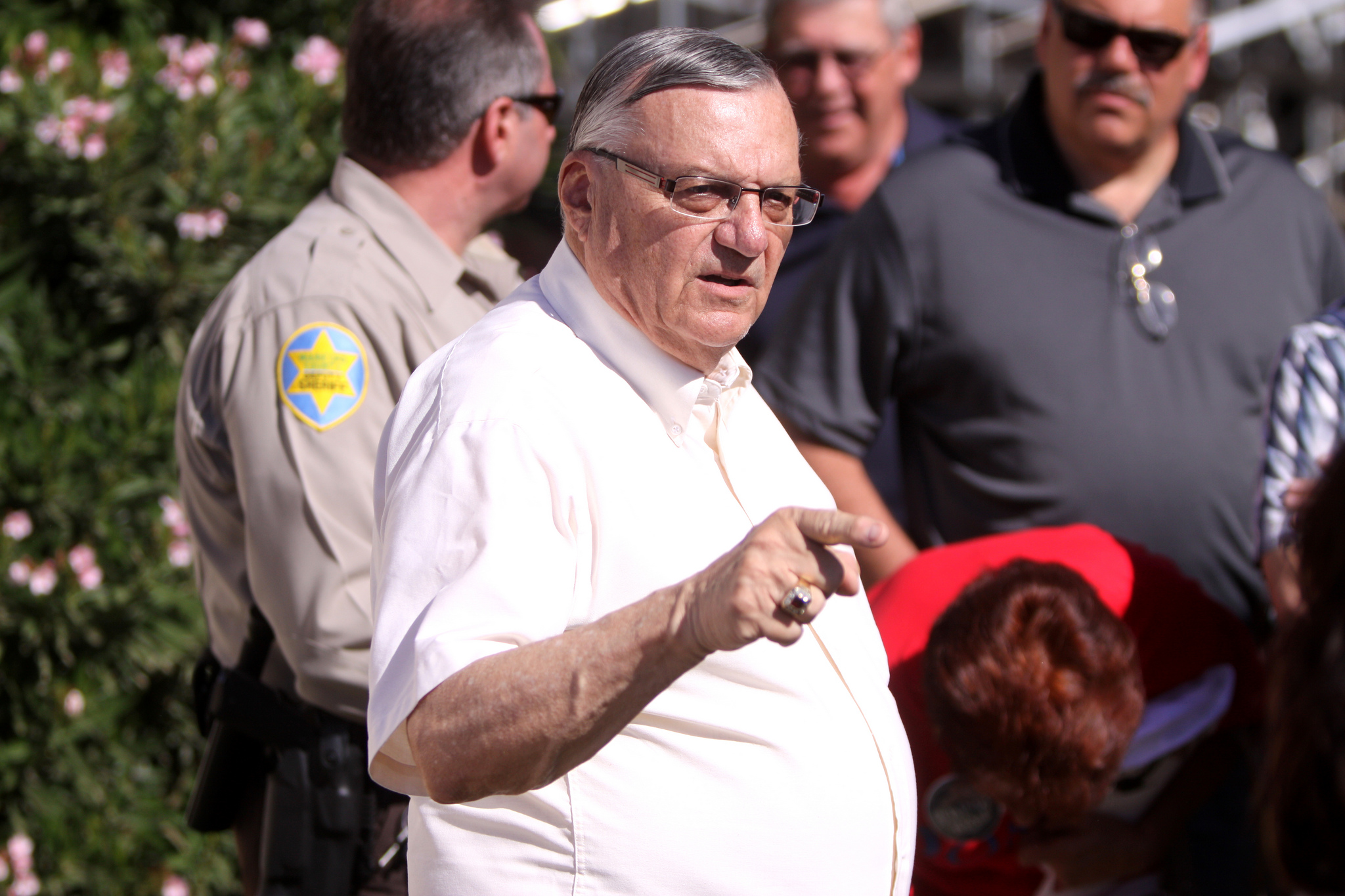 It is unsurprising that the press is paying close attention to Texas v. United States, the case filed by Texas and a number of other states challenging President Obama’s executive actions on immigration.  After all, that lawsuit has resulted in a widely-criticized order temporarily blocking millions of undocumented immigrants – specifically, certain parents of U.S. citizens and people brought to the United States as children – from seeking deportation relief and work authorization.  But, let’s not forget that there’s a whole other case winding its way through the courts challenging President Obama’s immigration announcement, and the challenger there – Arizona’s anti-immigrant sheriff, Joe Arpaio – has not fared well.

In December, Arpaio’s lawsuit was thrown out by the federal district court for the District of Columbia. The court held that Arpaio lacked standing, or a sufficient legal interest to bring the case, because he couldn’t show, among other things, that he was going to be injured if the executive actions took effect. And yesterday, at oral argument before the D.C. Circuit Court of Appeals, a three-judge panel appeared ready to agree with the district court’s ruling.

From the beginning,  the lawsuits challenging Obama’s executive actions have looked more like political diatribes than reasoned legal arguments, but that has never been more true than yesterday, where the D.C. Circuit judges attempted to stick to the law while Arpaio’s lawyer, Larry Klayman (founder of the conservative watchdog groups Judicial Watch and Freedom Watch) kept bringing the argument back to restrictionist talking points.

Early on, Judge Srinivasan asked Klayman to explain how the outcome Arpaio was seeking – annulment of Obama’s executive actions – would actually solve the problem Arpaio feared – the arrival of new immigrants incentivized by Obama’s policies. (Never mind that one of Obama’s signature executive actions was the creation of a new enforcement priorities policy that directs DHS to prioritize the removal of recent border crossers and those with criminal convictions, among others.) Klayman’s response, which began with a bald assertion that Arpaio had already proven what he needed to prove, next turned into a cri de coeur that culminated with Klayman imploring the court to “put its foot down” and “preserve the Republic and our system of government here! This is not right!”  To this, Judge Janice Rogers Brown responded, “well, but, we have to decide whether there is standing here, and I think that’s what our questions have been focused on…and it’s difficult to pin down exactly how we follow the lines here.”

Perhaps the most eyebrow-raising moment occurred when, even though none of the judges came close to impugning the motives of Klayman or his client, Joe Apraio, Klayman felt compelled to “clear the air about something. I’ve known Sheriff Arpaio for a long time. He’s my friend as well as my client. I’ve never heard one negative remark about Latinos or anyone else. I myself was married to a Latino [sic.].”

Yesterday’s tragicomic hearing laid bare that Arpaio’s lawsuit really boils down to a policy disagreement holding itself out as a legal claim. The fact that the initial decision in Texas v. United States may be an invitation for more of these kinds of tactics by anyone who may disagree with any future President is yet another reason for the appellate courts in the 5th Circuit and in the District of Columbia to send a clear message that the federal judiciary is not the arena for this kind of frivolity.