Nebraska and Alabama Changing Their Stride on Immigration 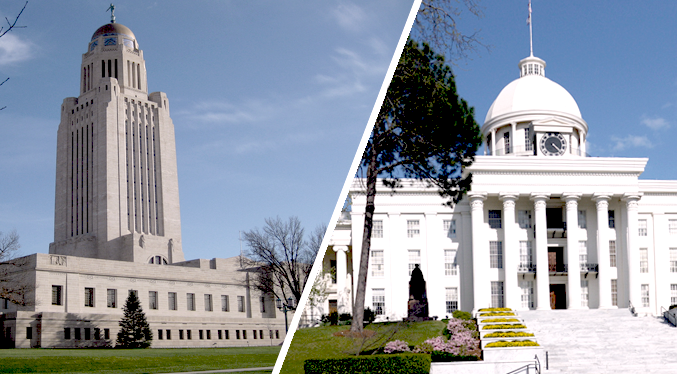 In 2010 and 2011, Nebraska and Alabama made national headlines for their anti-immigrant measures. Fremont, Nebraska passed a local ordinance to check immigration status of renters, and Alabama passed HB 56, the most restrictive anti-immigrant state legislation in history. However in 2015, we’re seeing a changing tide in these states from punishment towards pragmatism.

This week, Nebraska legislators overwhelmingly voted in favor of a bill to end the state’s ban on granting drivers licenses to Deferred Action for Childhood Arrivals (DACA) beneficiaries—making it official that all 50 states now provide DACA recipients access to driver’s licenses. This signals a change in tone in the state, especially given Nebraska’s elected legislators prompted it, unlike the second-to-last state, Arizona, which granted drivers’ licenses under a court order. Nebraska’s Governor vetoed the bill and then the legislature voted to override it on Thursday.

Proponents of Nebraska’s bill touted its economic impacts—that DACA beneficiaries who grew up and were educated in Nebraska could easily leave for one of the other 49 states that offer drivers licenses, resulting in a talent drain. As Lazaro Spindola, Nebraska’s Latino American Commission Director said, ” They have grown up in Nebraska…Many of them have achieved higher education, and they want to use all of the talent Nebraska has paid for in bettering the state and making it stronger.” This follows cities across Nebraska that have recognized the valuable contributions of immigrants, by joining Nebraska’s statewide “Nebraska is Home” initiative, nationwide Welcoming Cities initiatives, or forming New Americans Task Forces. Fremont’s ordinance has been rendered increasingly out of step.

In providing drivers’ licenses, Nebraska will reap the many other benefits of giving DACA beneficiaries licenses. Reports illustrate that enabling undocumented immigrants to obtain licenses improves public safety, allows individuals to participate more fully in the community, and fosters the economy through accessible transportation to the workplace. This is especially vital in Nebraska, where much of the rural workforce is unable to commute via public transportation.

Another notable change this week came from Tuskegee, Alabama, where city officials and police signed a historic immigrant rights policy prohibiting warrantless detention of individuals at the request of immigration authorities. For Alabama, which in 2011 deputized its local officers to enforce federal immigration laws, this is a radical shift. The policy is designed to foster healthier relations between the police and immigrant population where programs like Secure Communities have created a culture of fear. Tuskegee Police Chief Lester C. Patrick stated, “Our job is to promote order and safety for all people in Tuskegee, no matter where you come from, and we’re all more safe when residents don’t fear the police.”

Frank Barragan of the Alabama Coalition for Immigrant Justice proudly stated, “Today, the City of Tuskegee takes a historic step in the opposite direction—the direction of progress, unity, human rights and respect for the dignity of all persons. We call on other cities and counties in Alabama to follow Tuskegee’s lead.”

Photos by Thomas A and Karina Dalziel.