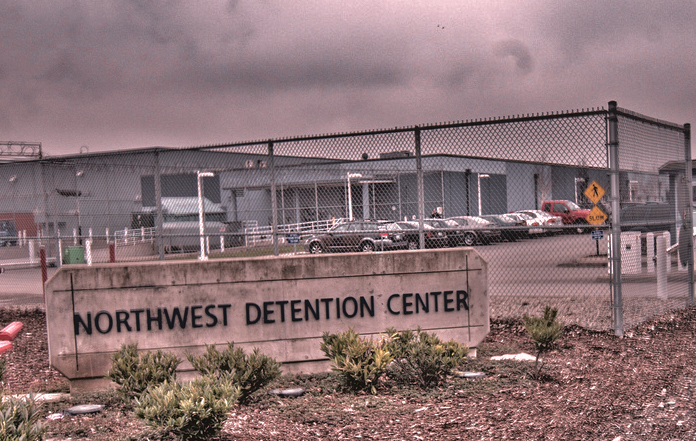 The National Immigrant Justice Center (NIJC) released government documents this month that expose the severe lack of accountability in the immigration detention system. NIJC’s Immigration Detention Transparency and Human Rights Project publicly posted 90 U.S. Immigration and Customs Enforcement (ICE) contracts and inspections from 2012 after a four-year legal battle to obtain the documents through a Freedom of Information Act (FOIA) request. These documents “provide an unprecedented look into a failed system that lacks accountability, shields DHS from public scrutiny, and allows local governments and private prison companies to brazenly maximize profits at the expense of basic human rights.”

The newly revealed ICE contracts and inspections expose the lack of transparency, accountability, and consistency that govern the taxpayer-funded system that is responsible for detaining over 400,000 people each year. The U.S. has the largest immigration detention infrastructure in the world, comprised of a complex network of more than 250 facilities that maintain an average of 34,000 detention beds every day. The annual cost to taxpayers is consistently more than $2 billion, yet information about how this money is used is incredibly difficult to obtain. The problem stems, in part, from the increasing privatization of immigrant detention, allowing corporations to use their private status to withhold information about funding allocations and detention standards from the public.

Through analyzing the information obtained under FOIA, NIJC found that the majority of individuals detained in 2012—18,326 per day—were held in facilities operating under “Intergovernmental Service Agreements” (IGSAs), the most confusing and concerning type of contract. Although the facilities generally are owned and operated by local government entities, “many local governments in turn subcontract with private corporations to administer and provide services.”  But it’s not just private corporations that are looking to maximize profits. As the report explains:

While private corporations have garnered the most attention for warehousing immigrants for profit, NIJC has found that even local governments seek to maximize profits from the detention space they rent to ICE. At some facilities, such profit motives have resulted in cost-cutting on a range of basic needs for immigrants, such as medical care, food, and hygiene products. Other county governments have hired consultants to navigate the obscure process of negotiating higher per diem rates.

The mounting evidence of the shameful conditions in immigration detention facilities, especially family detention centers, raise further questions about the conditions outlined in these contracts. Only 12 of the contracts NIJC evaluated required facilities to abide by the most recent detention standards, which are themselves insufficient. The report states:

A large number of contracts cite only the weaker and outdated ICE 2000 National Detention Standards or 2008 PBNDS [Performance-Based National Detention Standards], and several other contracts only generally reference ‘ICE detention standards’ or do not mention any ICE standards at all…The GAO reported that, to avoid opening full IGSA contracts to negotiation, ICE sometimes obtains a facility’s agreement to be inspected according to a more recent set of standards without explicitly incorporating the new standards into the contract. This practice makes it nearly impossible to know which standards apply to specific facilities, or how ICE informs facilities when they are subject to an updated set of detention standards.

NIJC’s initial findings reveal serious transparency and accountability concerns, both with the contract creation and maintenance process as well as the terms and lengths of the contracts. Unbelievably, forty-five facilities operate with indefinite contracts—meaning there is no date to revisit the cost, required condition standards, or necessity of the facility. Thankfully, not all contracts operate this way: at least 12 contracts will expire before 2018. As NIJC points out, this “provid[es] an opportunity for advocates to raise questions about the efficacy of keeping these facilities open and ensure any modifications or extensions contain robust standards.”