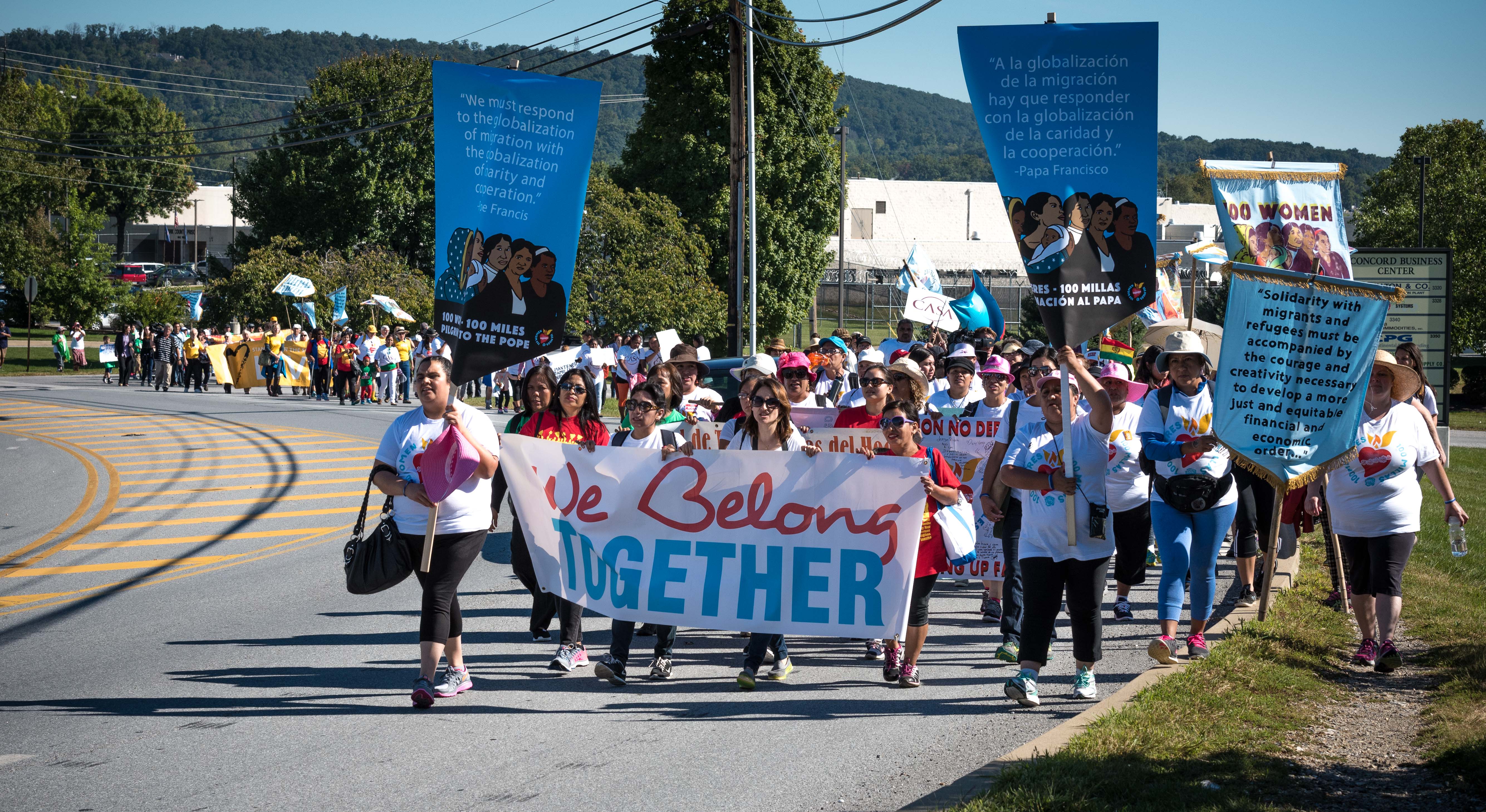 Today, 100 immigrant women, domestic workers, and faith and immigrants’ rights leaders, set out on a 100-mile journey by foot from Pennsylvania to Washington D.C. Their message to Pope Francis—who begins his visit to the U.S. on September 22—put immigration at the front and center of his meetings and address before Congress.

The 100 women began their pilgrimage at a detention center in York, PA in order to bring “stories from a site of human suffering to the Pope with a message of human dignity.” One of the marchers, Juana Flores further explains the mission of the pilgrimage:

“Our world is far from what we are called to create, but we hope that each step on our pilgrimage is another step closer to it. Though global migration is a hallmark of our times, it is still marked by fearful reception, capsized boats and harrowing desert crossings. But Pope Francis places today’s migrants in the legacy of the holy family during their escape from Herod into Egypt and he tells us not to lose hope.

“Far from losing hope, we are filled with it. With each step, with each mile, with each of our stories, we will arrive in the nation’s capital the night before the pope’s meeting with President Obama and we will be there eager to hear his message.”

The marchers are expected to arrive on September 22 at 4 p.m. at the Basilica of the National Shrine of the Immaculate Conception in D.C., which will be followed by a vigil and candlelight procession.

They, like millions of other pilgrims expected to converge on Washington D.C. in the coming days, will be waiting and listening for the Pope’s message of hope and compassion and his urging of U.S. lawmakers to do their part in protecting the lives and human dignity of migrants worldwide.

Photo Courtesy of We Belong Together.

FILED UNDER: Faith, featured, Pope Francis, We Belong Together