Citizenship Day to Be Celebrated Around the Country 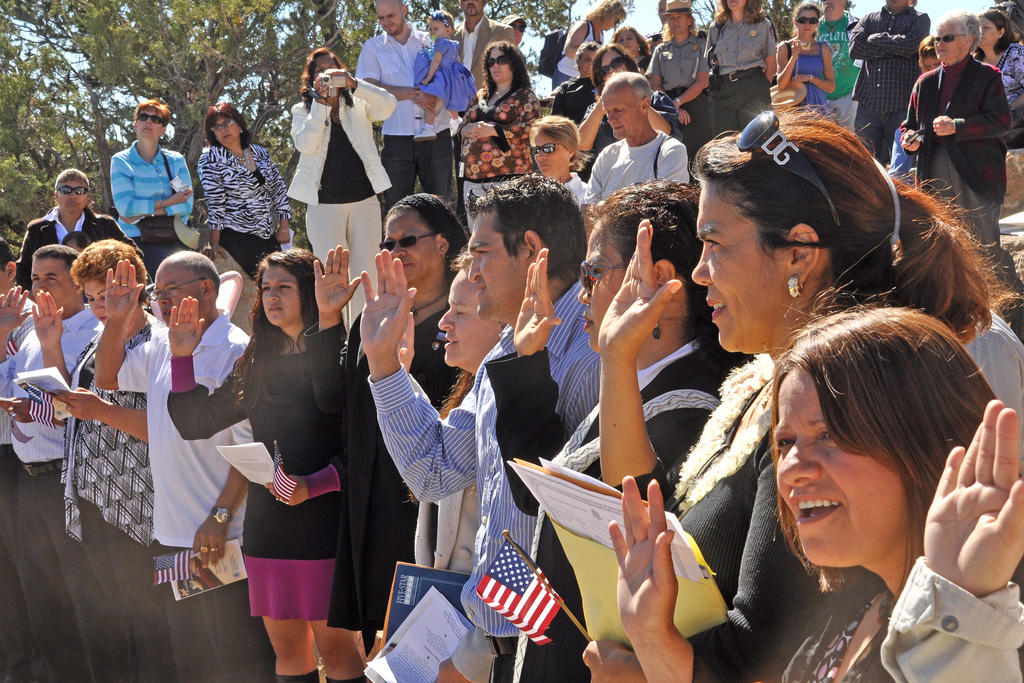 September 17 marks Citizenship and Constitution Day, a combined event that commemorates the anniversary of the United States’ constitution and recognizes all those who are or have become U.S. citizens. The day is marked by ceremonies and celebrations around the country, including over 50 naturalization ceremonies throughout September, that coincide with National Welcoming Week and Hispanic Heritage Month.

It is no easy feat to become a U.S. citizen. Before an immigrant can be naturalized, he or she has already made the sometimes difficult decision to leave home for the U.S., a journey that for many is fraught with emotional and physical challenges. The subsequent process of becoming a lawful permanent resident (LPR), one of many eligibility requirements, can be a lengthy, complex and expensive process.

In 2012, the Department of Homeland Security estimated that more than 13 million LPRs were living in the United States, yet 8.8 million of them had not initiated the naturalization process despite being eligible. On average, the government naturalizes 680,000 citizens each year.

Why haven’t more eligible residents become citizens? Evidence continues to point to financial and language barriers as major challenges for eligible LPRs, despite the majority of them initiating the process or wanting to naturalize. The cost of filing an application for naturalization is $680 and continues to be identified as a challenge, especially when compared to the $450 fee for renewing LPR status. The fee, coupled with language proficiency standards, is enough to prevent millions of immigrants from accessing the benefits of citizenship.

Yet, the benefits of citizenship are numerous including voting rights, greater mobility, and family unification opportunities. Also, research demonstrates that naturalization can lead to an 8 to 11 percent increase in individual earnings, which in turn stimulates local economies.

This year, many groups are celebrating Hispanic Heritage Month by holding naturalization events and voter registration drives. National Association of Latino Elected and Appointed Officials (NALEO), a non-profit organization that helps new Americans navigate the citizenship process, estimates that almost half, or 3.9 million, of eligible citizens are Latino. If they naturalized by 2016, there would be at least 30 million eligible Latino voters in the U.S. for the next election. Organizations like NALEO are hosting events around the county to make sure these new citizens understand the benefits of participating in civic life.

From Los Angeles to Buffalo, local communities are recognizing the benefits of integration and helping our immigrant community members become full-fledged Americans. And the benefits go both ways. America is a land of diversity thanks to the successive waves of immigrants that have come here. As one Texas Judge said while presiding over a naturalization ceremony earlier this month: “the best of your culture is now the best of ours.”