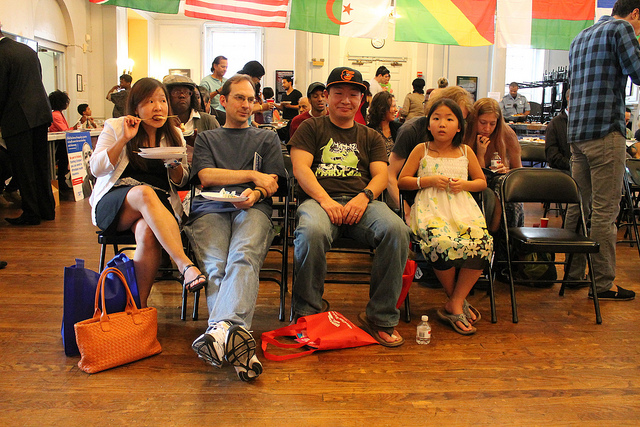 The heated political rhetoric so far in the 2016 presidential campaign has often been at the expense of immigrants. And the policy solutions put forth by some candidates have centered around punitive, impractical measures that are out of touch with the humane approach most Americans want to see with respect to immigration reform.

However, the fourth annual Welcoming Week is providing a much needed contrast. From September 11 to September 20, local communities will celebrate the numerous ways immigrants contribute to our national well-being with over 200 events taking place across 33 states – more than double that of last year’s. These events “will honor immigrant contributions, build bridges among diverse local residents, and spur local policy on inclusion.”

“Despite the divisive rhetoric of a few, this week is further evidence of the overwhelming desire of our country to be welcoming to New Americans. We are inspired by the growing global movement of welcomers and the continued momentum of civic leaders in the U.S. who recognize that our communities are stronger and more prosperous when they are welcoming,”

To date, 59 local governments have joined the Welcoming America community working to advance immigrant-friendly policy. Welcoming America reports “Last year, Nashville announced the creation of a Mayor’s Office of New Americans and Atlanta Mayor Kasim Reed announced that the City of Atlanta would implement a comprehensive plan to foster a welcoming environment through the Welcoming Atlanta initiative. Similar plans are now being implemented in places like Pittsburgh, Pennsylvania. Dayton, Ohio, whose plan was launched several years ago, is now beginning to see tangible economic benefits as a result of its welcoming efforts.”

The White House Taskforce on New Americans, recently launched as a federal government effort to better integrate immigrants and refugees into American communities, will also participate and provide support to the “burgeoning welcoming communities movement.”

The growth of Welcoming Week over the past four years, along with recent polling reinforces the idea that a majority of the American public remains committed to practical immigration solutions and recognize that immigration is good for the U.S. economy. By investing in local policies that welcome immigrants and breaking down barriers that exclude immigrants from fully participating in our society, we not only benefit the immigrants, but all Americans alike. Our fortunes rise and fall together, and Welcoming Week is yet one more example of how Americans come together in local communities to solve problems and create community together.