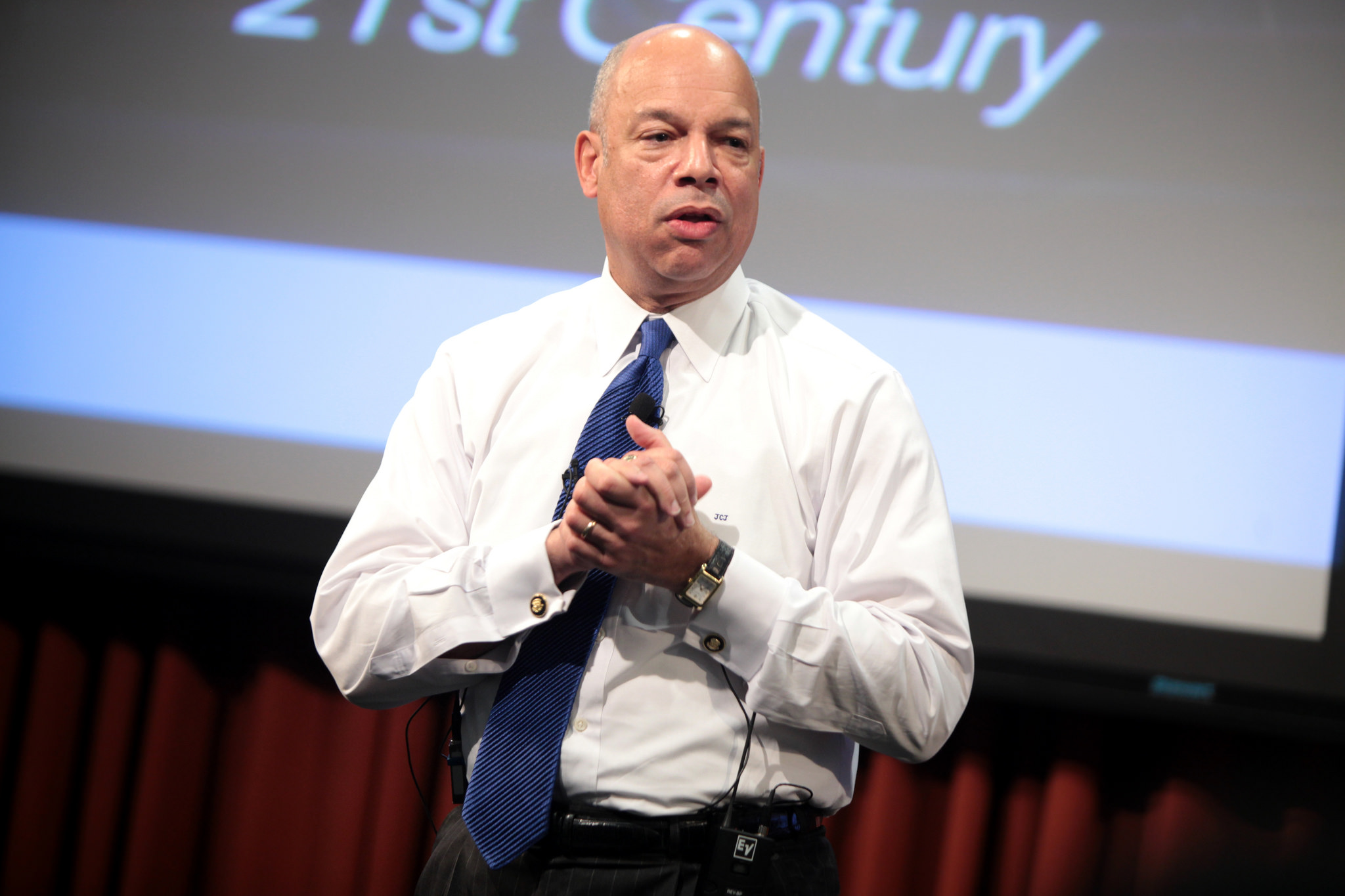 On Thursday, Secretary Jeh Johnson of the Department of Homeland Security (DHS) addressed the 12th Annual Immigration Law and Policy Conference, covering a wide-range of topics, from border security to the new Priority Enforcement Program (PEP) to executive action and refugees.

Secretary Johnson began his remarks calling attention to misinformation around border security. He clarified that the recent influx of unaccompanied minors and families arriving at the southern border is not an indicator of how secure the border is. Border apprehensions, which are used as the best indicator of attempted crossings, are currently at their lowest level in 40 years. Johnson stated that “building a wall across the entire Southwest border is not the answer,” noting that DHS has built 700 miles of wall “where it makes sense” along the Southwest border in compliance with the Secure Fence Act of 2006. In discussing the arrival of children and families, he acknowledged that violence in Central America continues to be a push factor that needs to be addressed. To that end, Johnson pointed to the one billion dollars requested in the Administration’s 2016 budget to support programs in Central America designed to address violence and other factors pushing people out of their home countries.

Johnson also expressed disappointment that Congress has not passed legislation to address problems with the immigration system. He outlined the various executive actions announced in November 2014, including DACA plus, DAPA, the reprioritization of enforcement resources, promoting naturalization and various regulations that have been put out related to extreme hardship waivers, work authorization for some spouses of H-1B workers, and changes to the Visa Bulletin.

Related Content: A Guide to the Immigration Accountability Executive Action

On DACA-plus and DAPA, Johnson expressed frustration that the programs are being held up in the courts, but said DHS will continue to defend the program and is taking it “one day at a time.” Stressing the importance of the programs, he said that we must account for the undocumented population, more than half of whom have been here for 10 years or longer. He went on to say that he and others believe that “there should be no second class people in this country.”

On enforcement resources and priorities, Johnson explained that the Administration is now focusing its resources on “convicted criminals and threats to public safety.” He reiterated these as principles of PEP, which is replacing Secure Communities. Johnson said that the initial reception from local law enforcement to PEP has been “positive.” He emphasized the recent decline in deportations, pointing to these new enforcement priorities and many states’ refusal to cooperate with Immigration and Customs Enforcement detainers.

In the Question and Answer session which followed the address, he was asked about a recent report by Detention Watch Network and National Immigration Justice Center that documents an ineffective ICE inspections process. Johnson responded to the question about conditions by agreeing that there are things that could be improved in ICE detention facilities and they are working to do that.

Johnson was also asked about Syrian refugees and the U.S. response. Johnson discussed how the administration is going to commit the resources necessary to meet its obligations for next year and that we have a security and vetting system in place that is much improved but continues to have limitations.

Johnson closed his remarks by stating that an “informed and interested” public provides the best options for immigration policy. The public’s interest and access to information is one aspect that will help generate movement on immigration policy, but ultimately it is the responsibility of both Congress and the Administration to enact policy solutions that benefit the entire country. With continued evidence that the majority of people support and are ready for immigration reform, it’s time for Congress to get on board.