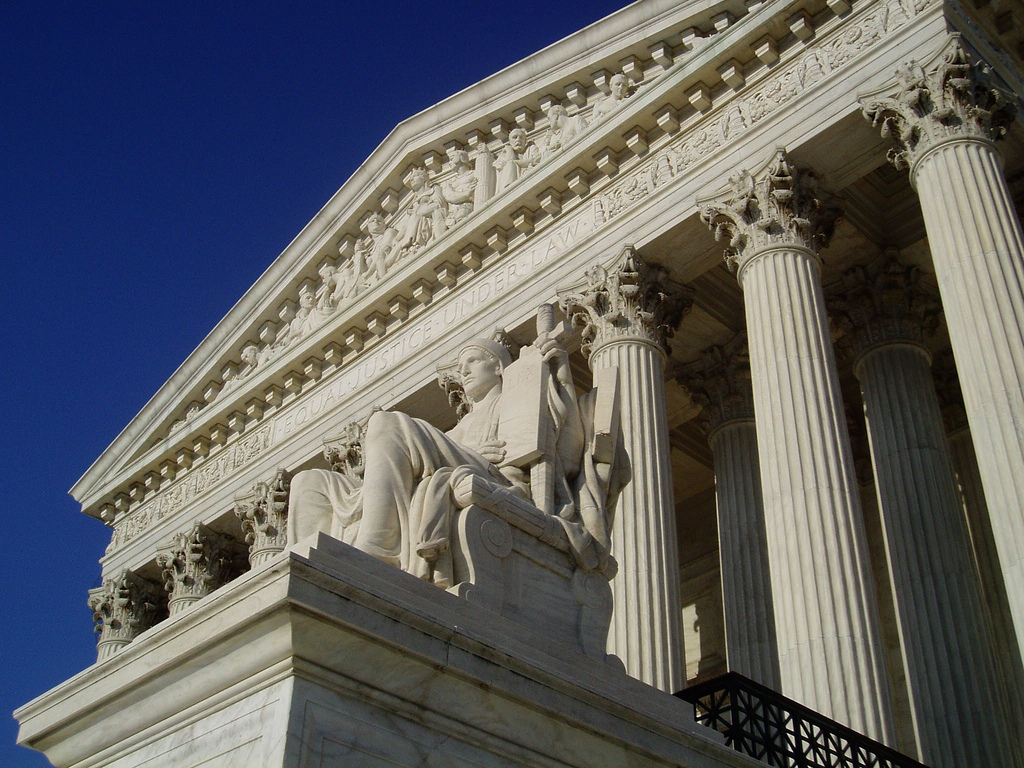 Last Tuesday, the Supreme Court heard oral arguments in Torres v. Lynch, a case that provides a harsh reminder of the real life consequences of our unforgiving immigration laws. The petitioner in the case, Jorge Luna-Torres, a lawful permanent resident, was convicted of a misdemeanor offense for which he served only one day in prison – over a decade ago. He will now face deportation if the Supreme Court decides that this minor crime is an “aggravated felony” under our immigration laws.

The term “aggravated felony” describes a category of criminal offenses that carry particularly severe immigration consequences for noncitizens. Regardless of their immigration status, noncitizens, including long-term permanent residents of the United States, who have been convicted of any type of aggravated felony are prohibited from receiving most forms of relief that would spare them from deportation and permanently barred from being readmitted to the United States at any time in the future. Yet, an “aggravated felony” need not be aggravated or a felony to qualify as such a crime, and this category now includes many nonviolent and relatively minor offenses. Introduced into the immigration statute in 1988, the term once encompassed only a few types of offenses, but Congress repeatedly expanded the definition. Now, more than thirty categories of criminal convictions are considered aggravated felonies, including offenses under both state and federal law.

In Mr. Luna-Torres’ case, the Supreme Court is considering what types of state criminal offenses must be considered aggravated felonies. Some types of aggravated felonies, including the one at issue in Mr. Luna-Torres’ case, are defined by reference to a federal criminal statute and include only those criminal offenses, whether state or federal, that are “described in” that statute. Mr. Luna-Torres’ lawyer argued that his conviction was not “described in” the relevant federal statute because the federal offense requires an element of interstate commerce and the state offense for which Mr. Luna-Torres was convicted does not. The Solicitor General’s office (arguing for the government) contended that “interstate commerce” was not intended to be part of the definition of the substantive offense in the federal statute and, therefore, not relevant to determining whether a particular state offense is described in the statute. Justices Sotomayor and Scalia notably disagreed.

At the conclusion of oral arguments, it was not apparent how the Justices would rule. Justices Scalia and Sotomayor seemed to lean in the respondent’s favor, while Justice Kagan seemed more concerned with the potential for “under-inclusiveness.” Though the Court’s decision will impact those subject to the particular statute at issue in the case and others like it, even a ruling favorable to the petitioner will not create the comprehensive reforms to our laws that are needed. Common sense changes to our immigrations laws should allow judges to consider the equities of particular cases and develop measured responses to minor crimes, so that long-time residents of the United States such as Mr. Luna-Torres are not automatically subject to expulsion from a country they call home.