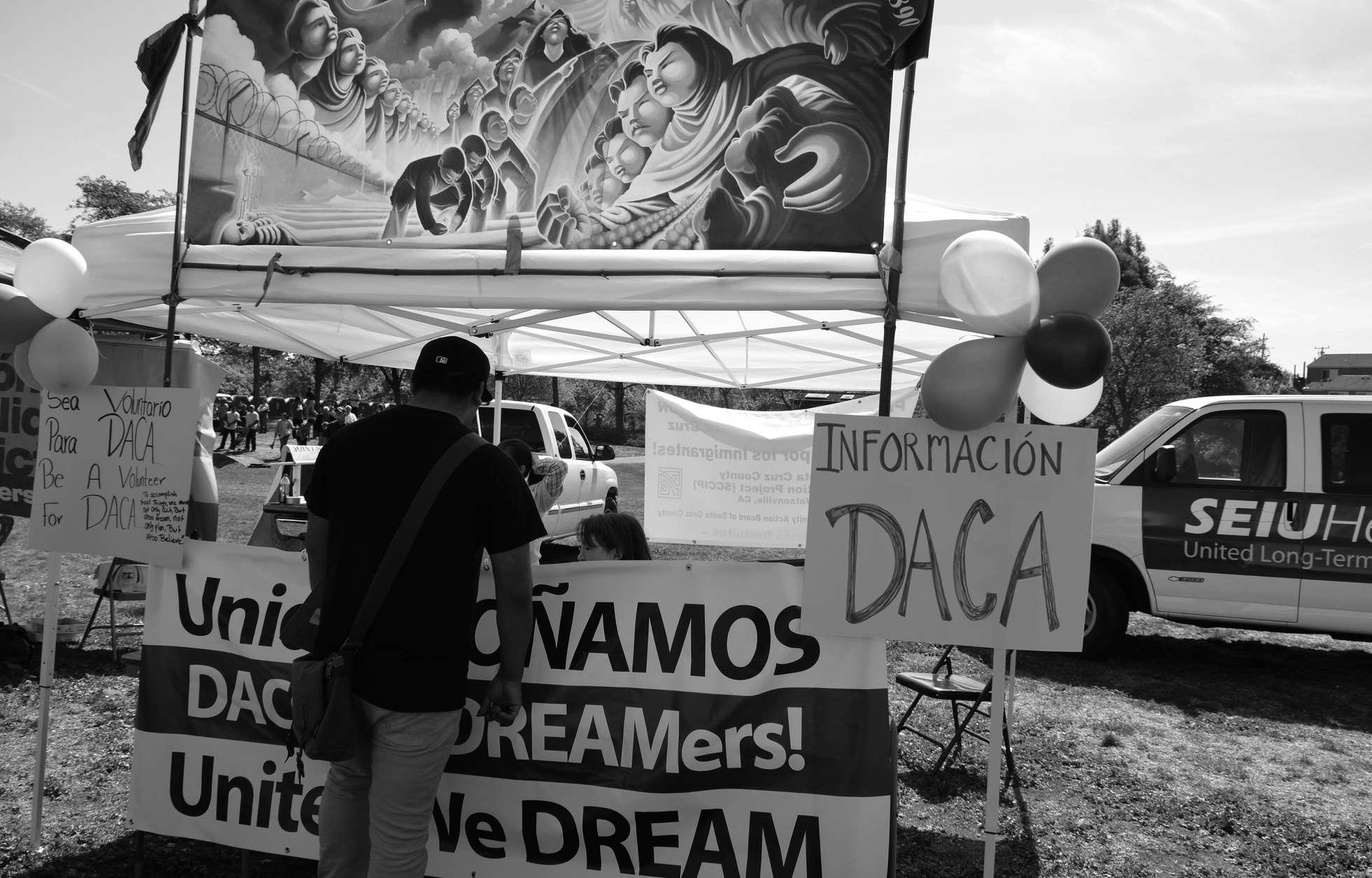 Last night, a divided panel of the Fifth Circuit Court of Appeals denied the federal government’s appeal of the preliminary injunction that has halted implementation of President Obama’s 2014 deferred action initiatives. These initiatives—namely, the Deferred Action for Parents of Americans and Lawful Permanent Residents (DAPA) and an expansion of Deferred Action for Childhood Arrivals (DACA)—could provide as many as 5 million immigrants with temporary relief from deportation. The Fifth Circuit’s decision means that the deferred action initiatives remain suspended, and the lives of millions remain in limbo.

But yesterday’s decision is not all bad news. What was hailed as a “win” for Texas and the 25 states challenging the federal immigration policies actually signals an important and hopeful turning point in the case. Most significantly, the decision has cleared the way for the Obama Administration to take this case to the U.S. Supreme Court. And today, the White House announced that it will take aggressive steps to seek Supreme Court review. Prompt action means that the Supreme Court could hear the case this term—likely with oral arguments being held next spring—and issue a decision before the term ends in June 2016. If that happens, it would be possible for the immigration agencies to implement DAPA and expanded DACA before the current Administration leaves office.

Many had expected that the Fifth Circuit would issue its decision at the end of the summer or earlier in the fall, setting the stage for Supreme Court review earlier in the year. Yet, the Fifth Circuit—without explanation, but with much speculation—took longer than anticipated to issue a decision in a supposedly expedited appeal. The delay did not go unnoticed by the dissenting judge in this case, who wrote:

“I have a firm and definite conviction that a mistake has been made. That mistake has been exacerbated by the extended delay that has occurred in deciding this ‘expedited’ appeal. There is no justification for that delay.”

The clock is ticking and with each passing day, Supreme Court review this term may become less obtainable. But there also is no reason to believe that the Supreme Court will allow the parties to drag their feet by allowing unnecessary extensions of time or dilatory tactics. The Court can move quickly when it chooses to do so and can enable the prompt resolution of this case.

This case represents precisely the type of high-stakes conflict where review by the country’s highest court is so crucial. At the center of this case is a policy dispute—Texas and 25 other states disagree with the President’s policy regarding how the immigration agencies should use their limited enforcement resources.

But what often goes unrecognized is that there is a deep divide among the states. Fifteen states and the District of Columbia, plus 73 U.S. mayors and county officials support the Administration’s policies and urged the Fifth Circuit to reverse the preliminary injunction. According to the Migration Policy Institute, the cities backing these initiatives have a larger population of undocumented immigrants than the states that are suing the federal government. The fact that the cities potentially most impacted by DAPA and expanded DACA believe that these initiatives are beneficial to their communities is particularly telling and undermines the plaintiff-states’ claims about harms to their communities. Giving a single state the power to up end a nationwide federal program that is supported by many other states is a dangerous precedent.

Beyond the conflict among the states, there also is a conflict among the appellate judges and the circuit courts regarding the legal issues in the case. At this point in the lawsuit, four different Fifth Circuit judges have weighed in—a panel of three judges on the emergency stay (decision issued in May 2015) and a panel of three judges on the preliminary injunction (decision issued yesterday). Two of the judges were on both panels and in both decisions, ruled in favor of Texas. The other two judges—one on each of the two panels—found in favor of the federal government. As a result, despite two 2-1 decisions in favor of Texas, the judges who considered these issues are evenly divided, 2-2. Moreover, the other lawsuit challenging DAPA and expanded DACA—the suit filed by Maricopa County Sheriff Joe Arpaio—was promptly dismissed by the district court, and that decision was upheld by a three judge panel in the D.C. Circuit Court.

Finally, this case represents a conflict with past precedent. Since at least 1956, every U.S. President has granted temporary immigration relief to one or more groups in need of assistance. The Supreme Court has repeatedly held that it is well within the executive’s authority to decide how and when to enforce the law and to exercise prosecutorial discretion. Plain and simple, the Fifth Circuit’s decision is out of line with past precedent.

Undeniably, the Fifth Circuit’s decision is disappointing and has devastating consequences for families who would most directly benefit from DAPA and expanded DACA. But it also cleared the way for Supreme Court review and highlighted the profound conflicts at issue here. It is now up to the U.S. Supreme Court to correct what up to this point has been a series of grave mistakes.