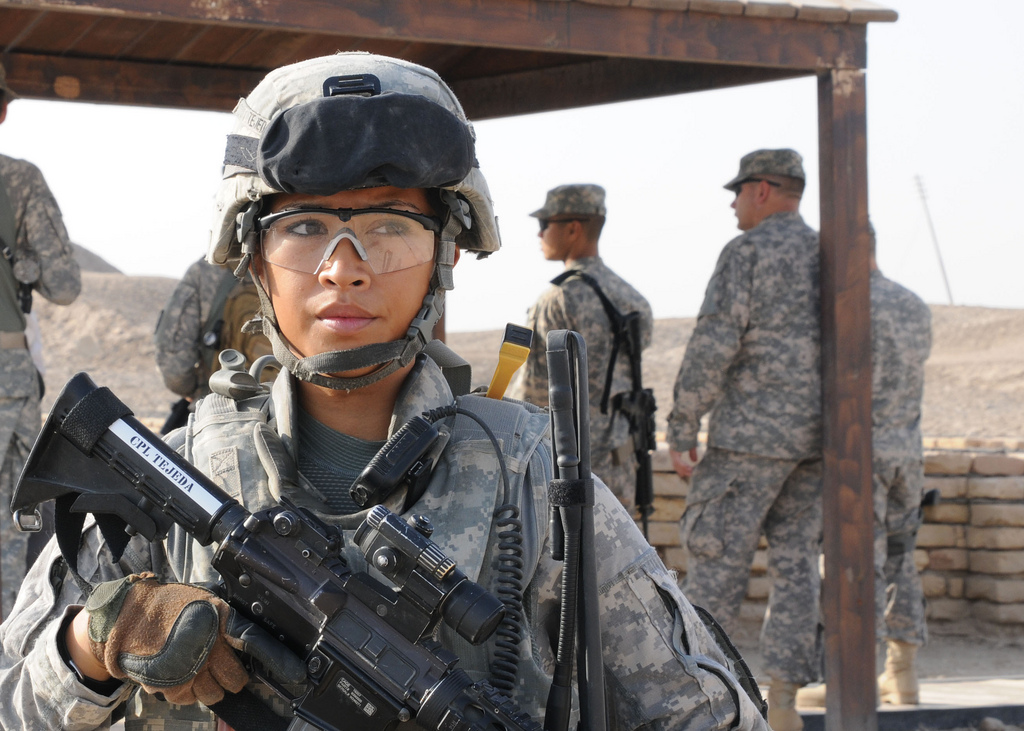 Immigrants bring tremendous skills, talents, and energy to our country – including to our military forces. It’s important to recognize the essential impact immigrant veterans, standing shoulder to shoulder with native-born soldiers, have made and will continue to make within the ranks of the U.S. military. Here’s how the U.S. military is strengthened by diversity in its ranks.

There are over 600,000 U.S. veterans who are foreign-born, and 12 percent of all living veterans are either immigrants or the children of immigrants according to a report from the Center for American Progress. Additionally, more than 109,000 service members have become U.S. citizens since data collection started in October 2001, serving in Iraq, Afghanistan, South Korea, Germany, Japan, and elsewhere.

Brett Hunt, an Iraq War Veteran and former Captain in the U.S. Army said, “During my time as an Army officer, the units I served in benefited directly from the diversity they reflected. I served with soldiers from Kenya, Honduras, Mexico, Vietnam and the Ukraine, and they were some of the most dedicated and patriotic troops I came in contact with.”

Marine General Peter Pace also noted how the U.S. military benefits from the contributions of immigrants:  “[Immigrant soldiers and marines] are extremely dependable … some 8, 9, or 10 percent fewer immigrants wash out of our initial training programs than do those who are currently citizens. Some 10 percent or more than those who are currently citizens complete their first initial period of obligated service to the country.”

The contribution of immigrants in the U.S. military were also be recognized in over 130 naturalization ceremonies across the country this week on Veterans Day weekend. Over 225 veterans, service members and military spouses will become U.S. citizens. As USCIS Director León Rodríguez said, “Among our brave veterans are thousands of immigrants, many of whom vowed to defend their new home even before they were citizens. It is because of their extraordinary sacrifices, and those of their families, that we can enjoy the rights and liberties of living in this great country.”

Some veterans also face unfair treatment at the hands of our outdated immigration system. Navy veteran Howard Dean Bailey, who served honorably in the Persian Gulf War, was deported in 2010. Army veteran Jorge Luis Salcedo, who suffered from post-traumatic stress disorder, faced deportation proceedings in May 2015.

However, there has been some progress. In November 2013, Secretary Johnson announced new policies to protect certain family members of the U.S. military and of those seeking to enlist.  But there is more work to be done to honor the sacrifices made by foreign-born service-members and their families.