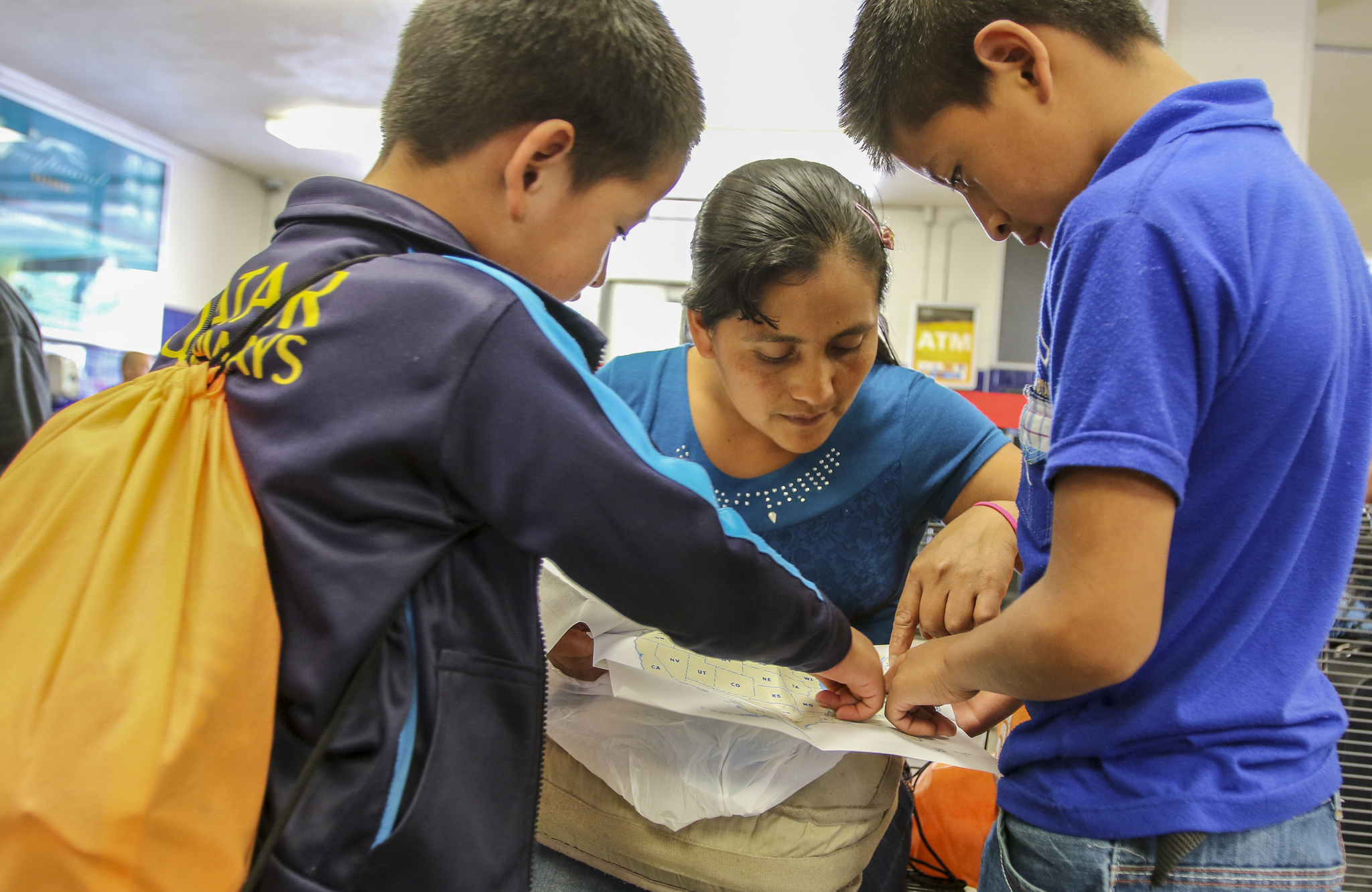 A growing number of policy-players and makers are calling on the U.S. government to protect, rather than deport, Central American migrants and asylum-seekers. As rampant violence and organized crime continues to destabilize the Northern Triangle countries—evidenced not only by numerous reports but, by the thousands fleeing this region in the past several years—many are questioning the U.S. government’s decision to deport people back there. There are also a growing number of groups and individuals calling for Temporary Protected Status (TPS) for those currently in the U.S. from Guatemala, Honduras and El Salvador until conditions improve.

Following in the footsteps of 146 members of the U.S. House of Representatives, 22 U.S. Senators sent a letter to the White House last week, criticizing their decision to conduct high-profile raids and rushed deportations of women and children back to Central America. They are asking the White House to begin responding to this as a humanitarian crisis, reminding the President of the deteriorating conditions in the region. They write:

“It is important to evaluate this as a humanitarian and refugee crisis involving a vulnerable population and not strictly as a border security and immigration enforcement matter…Given the particular risks faced by these mothers and children, the tactic of using widely publicized, aggressive removal operations – often in the wee hours of the morning – is shocking and misguided.  These raids have created widespread fear in immigrant communities around the country, and damaged trust in local law enforcement…A Department of State Congressional Notification from just two weeks ago warns that El Salvador risks ‘losing an entire generation of young people due to violent conflict’ and notes that the already stunning rates of violence had increased dramatically in May ‘following the deterioration of a gang truce forged in 2012, driving a surge of migration of unaccompanied children (UCs) to the United States.’”

Not included in the letter, but also worth noting. is that the Peace Corps, a U.S. Government operation, recently withdrew volunteers from El Salvador due to dangerous country conditions.

In their letter, the Senators go on to urge the President to protect Central Americans by offering them Temporary Protected Status.

“… we urge you to consider designating Guatemala and redesignating El Salvador and Honduras for temporary protected status (TPS).  As you know, TPS can be granted to nationals of another country who are currently residing in the United States if extraordinary and temporary conditions prevent a safe return to their country.  TPS does not grant any immigration status, but allows eligible nationals of designated countries to remain in the United States legally until the designation expires.  In light of the conditions outlined above, the countries of the Northern Triangle clearly meet the statutory standard for TPS.”

In addition to the Senator’s letter, 273 groups also penned a letter to the President, requesting TPS for Central Americans. The civil, immigrant, and labor rights groups along with faith and legal services organizations make a compelling case for protecting Central Americans. Their letter notes that the death toll in 2015 in the Northern Triangle was 17,500 people, only surpassed by the death toll in Iraq, Afghanistan and Syria—other regions where refugees are fleeing en masse.

The letter explains that granting TPS must be driven by country conditions and not the U.S. Government’s desire to deter future migration. In fact, they argue that providing TPS has never resulted in higher levels of migration. The letter states:

“Designation of a country for TPS should be premised on whether country conditions meet the statutory requirements set by Congress and must not be impacted by unfounded fears of increased refugees arriving at our nation’s border. TPS eligibility is strictly limited to individuals who are physically present in the United States prior to designation. Moreover, outflows from these countries are primarily driven by push factors of extreme violence and persecution, not domestic immigration policy. There is no historical precedent or evidence of additional foreign nationals attempting to enter the United States as a consequence of a TPS designation.”

However, despite the deteriorating country conditions and the growing recognition that something must be done, typically, the foreign country must officially request TPS for its nationals before the U.S. will grant it.  Regardless whether this happens, at a minimum the U.S. should be taking steps to protect those that it can while they are in the U.S.