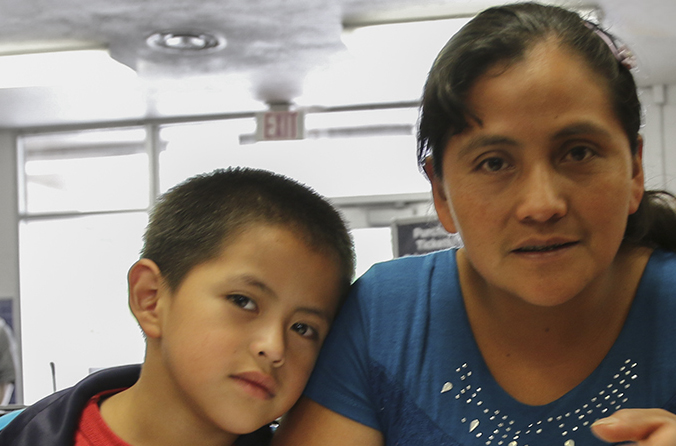 On January 27, 2016, Pennsylvania state officials informed the Department of Homeland Security (DHS) that it would not renew and would revoke the operating license for the Berks County Residential Facility, the immigration detention center in Leesport, Pennsylvania, which jails mothers and children, often for extended periods of time. The current license will expire on February 21, 2016. This development is a significant step in the right direction and an important victory for those who have been advocating aggressively for the end of family detention. But, unfortunately, it is far from clear how DHS will respond and whether the federal immigration agency will do the right thing and stop detaining families.

The Berks detention facility is the oldest and smallest of the three family detention centers—the other two being Dilley and Karnes, both in Texas. For several years, the Pennsylvania Department of Human Services (PA DHS) has licensed the Berks facility as a “child residential facility.” But in October 2015, PA DHS notified DHS that because the facility actually detains refugee families, and not just children, it is not operating as “the type of facility for which it was originally and continues to be licensed.” Pennsylvania advised DHS that it would not renew its license if it did not become a “child residential facility.”

Instead to taking actions to comply with Pennsylvania licensing provisions, the federal government has moved forward with plans to expand the capacity of Berks. Construction is underway. And, it is ongoing despite the fact that a federal court order, issued by Judge Dolly M. Gee last July and August, said that the settlement agreement in Flores v. Reno applies to family detention and generally prohibits DHS from holding children in facilities that are not licensed for the care of children.

What will happen next? Berks County, which runs the Berks detention facility, has 10 days to appeal Pennsylvania’s January 27 decision, and it seems entirely feasible that it will do so. DHS also is appealing a federal court order in Flores v. Reno. One of DHS’s primary arguments in Flores is that the settlement agreement applies only to “unaccompanied” children, not those detained with their mothers (i.e., not those in family detention). If DHS were to succeed on its appeal—which currently is being briefed before the Ninth Circuit Court of Appeals—then it might argue that it is not required to obtain a license to care for children at all.

In the meantime, the debate over state licensing is playing out in Texas as well. Following the Flores order last year, the state of Texas rushed to publish an emergency rule, creating an entirely new category of state-licensed facilities specifically for family detention centers. The Karnes and Dilley facilities promptly applied for licenses under the new category, but a Texas State Court issued an order prohibiting Texas from issuing licenses under the emergency regulations. Now Texas is undertaking a more public process—which included a public hearing in December 2015—to decide whether it should license the Dilley and Karnes facilities. A decision is expected in the next few weeks.

All this is to say, a lot of resources are being spent debating licenses, appealing decisions intended to protect children, and trying to make family detention work. But, as anyone who has spoken with the families detained at Berks, Dilley or Karnes knows: none of these detention facilities are appropriate places for children. Pennsylvania is now putting its foot down and refusing to condone DHS’s tragically misguided, enforcement-minded solution to a humanitarian situation. Let’s hope DHS is paying attention.