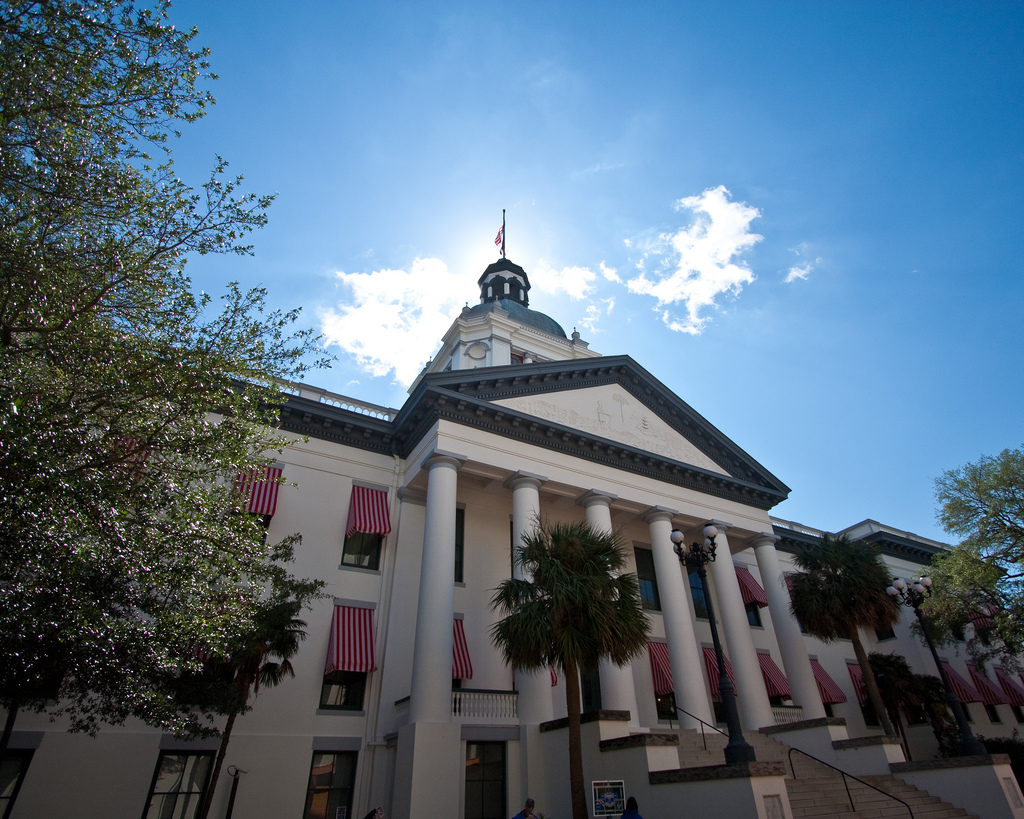 The Florida House of Representatives passed a sweeping “anti-sanctuary city” bill this week that would penalize Florida counties who do not aggressively target undocumented immigrants or who fail to honor every federal request to detain immigrants, regardless of the requests’ constitutionality. A House committee also passed a bill that targets non-Western Hemisphere refugees who are resettled into the state and allows the Governor to use military force against them.

The anti-sanctuary bill (HB 675) essentially attempts to force local government officials and police to do the work of federal immigration agents by identifying and detaining undocumented immigrants, or face steep penalties.

“House Bill 675, sponsored by Rep. Larry Metz, R-Lake County, would twist the arms of local governments, law-enforcement officials and school districts to cooperate with federal immigration authorities and — under penalty of stiff fines — report undocumented residents, including students and then detain them.”

The bill, if signed into law could have huge reverberations across the state. The ACLU found that 30 counties in Florida have established safeguards aimed at ensuring that local law enforcement officials are following the constitution when they detain individuals at the federal government’s request. Many individuals with detainers placed on them are not felons or threats to public safety and public trust erodes between local law enforcement and community members when they see local police as immigration agents.

One Florida legislator who did not support the bill, Rep. Jose Javier Rodriguez of Miami, told the Miami Herald:

“Miami-Dade County…would have to spend millions to detain undocumented immigrants who commit nonviolent crimes. The county’s policy… doesn’t make it a sanctuary county, because police work with U.S. Immigration and Customs Enforcement in some cases. But those federal officials rarely follow through with deportation orders for undocumented immigrants arrested on nonviolent charges.”

A companion bill has been introduced in the more moderate Senate, however it hasn’t yet been scheduled for a committee vote. The Florida Senate has a limited legislative calendar which ends in early March, so it’s unclear if something will get through the Senate and to the Governor’s desk before the end of this session.

Another bill making its way through the Florida House, the “Prevention of Acts of War” bill (HB 1095) would allow the Governor to challenge the resettlement of certain refugees in the state, and even threaten to use military force against them.

The Associated Press reports that the bill (HB 1095) would prohibit government employees and other individuals “from helping immigrants or refugees entering or resettling in Florida unless the immigrants were born in the Western Hemisphere. Anyone assisting a restricted person would have to turn that person’s personal information over to the state. The state would be allowed to monitor restricted people. It would allow the governor and attorney general to take any legal action to prevent the federal government from resettling a restricted person in the state. It would also require that the Florida Department of Law Enforcement do a background check on every restricted person in Florida.”

Rather than improving the bill, the amendment limiting provisions to refugees originating outside the Western Hemisphere more fully exposed the discriminatory nature of the legislation. In addition, the bills’ sponsor, Rep. Lake Ray of Jacksonville “included language in the bill that states the Florida constitution gives the governor the right to use all military forces not in active service of the United States, including the general militia, to defend the state.”

This bill’s future is unclear. It has not yet passed a full house or senate vote. However, the two bills together suggest that Florida’s House may have the distinction of being the most extreme anti-immigrant legislative chamber in the country today.