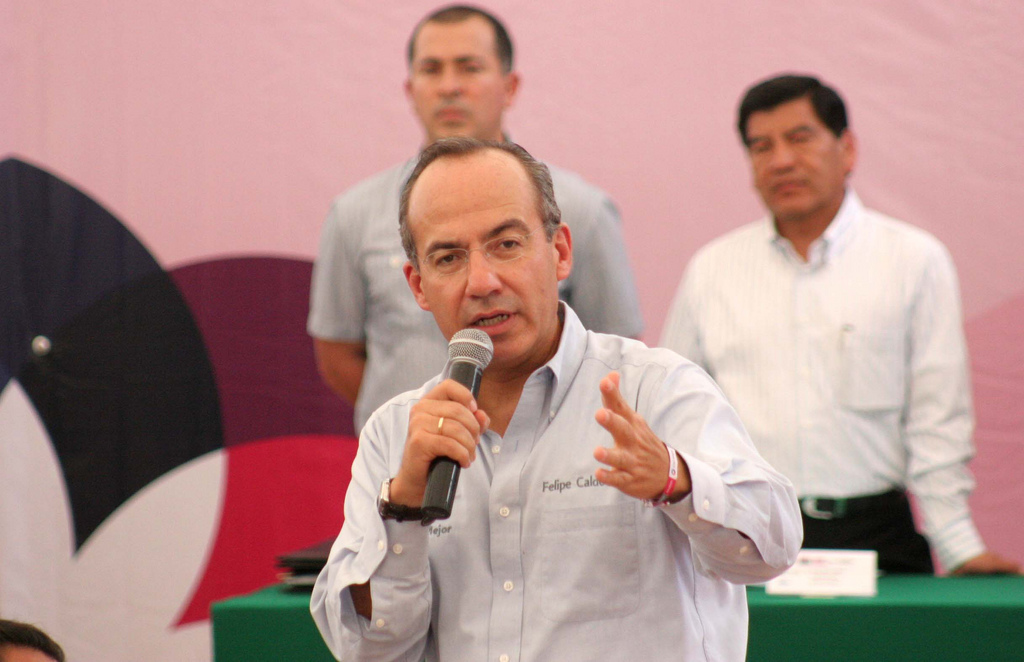 For the past several months, GOP presidential candidate Donald Trump has taken a harsh stance on immigration, stating more than once that he would finish the wall between the U.S. and Mexico and ensure that Mexico pays for it.

For the first time, according to NBC News, a Mexican official has pushed back. Over the weekend, at a business summit in Egypt, former Mexican President Felipe Calderon (2006-2012) said, “We are not going to pay any single cent for such a stupid wall! And it’s going to be completely useless.”

Calderon noted the drop in net migration from Mexico, which according to the Pew Research Center has been on the decline for years. The number of Mexicans coming to the United States each year is now lower than the number leaving. However, the other critical point Calderon made was that sealing yourself off from one of your largest trading partners is bad for business. Calderon said:

“The first loser of such a policy would be the United States. If this guy pretends that closing the borders to anywhere either for trade [or] for people is going to provide prosperity to the United States, he is completely crazy.”

Related Content: The Important Economic Relationship of Mexico and the United States

Consider this. In calendar year 2011, the two nations had a total trade in goods of $460.6 billion and, in 2012, the total amount of goods traded was $494 billion. Combined, trade in goods and services between Mexico and the United States totaled more than $500 billion in 2011. And in 2012, that number was up to $535.9 billion. As such, six million American jobs depend upon the U.S. trade relationship with Mexico. Also in 2012, in terms of imports, Mexico was the United States third largest supplier of goods, with the U.S. receiving $277.7 billion worth of goods from Mexico.

Rather than building a wall, perhaps the billionaire businessman should focus on policies that improve the flow of trade between the two countries by devising plans to upgrade the 47 land ports of entry which facilitate hundreds of billions of dollars in U.S.-Mexico trade every year. Things like improved infrastructure at the land ports of entry along the southern border, including additional traffic lanes and processing personnel, would allow more efficient and secure trade and border crossing. These improvements translate into direct economic benefits to border communities and states.

Sensible and practical policies that ensure security, but also improve trade, may not make for exciting political slogans or talking points. They’re just good for the economy.