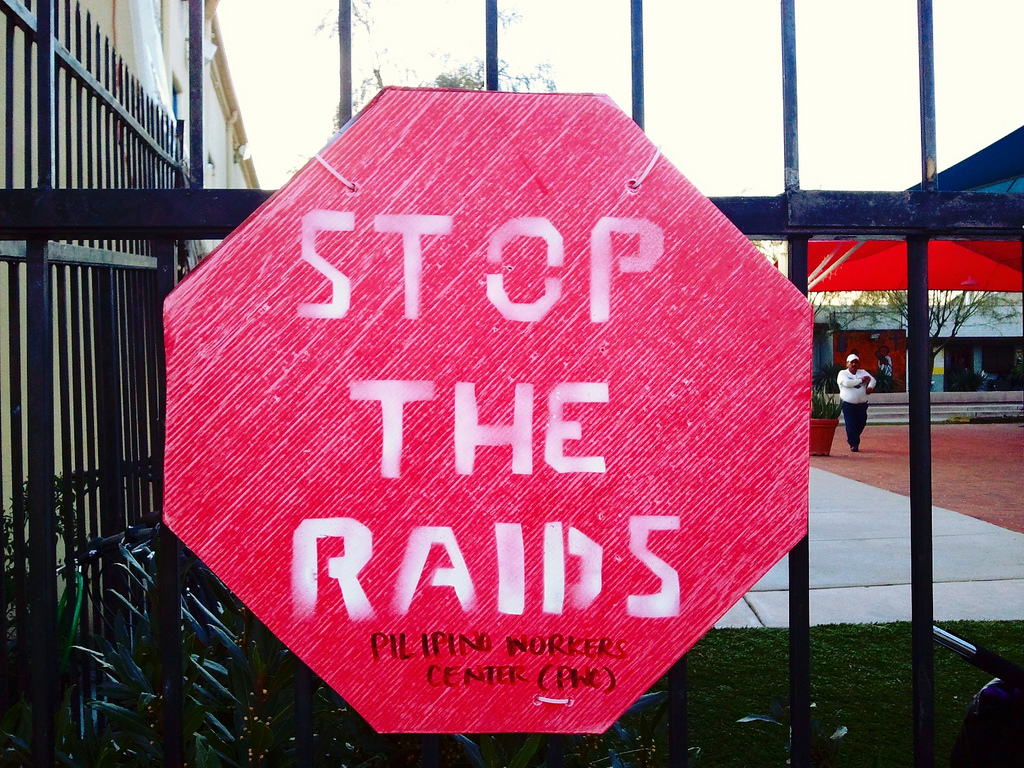 Last month the Department of Homeland Security (DHS) announced that since the end of January they have been conducting “Operation Border Guardian,” which has been focusing on the removal of individuals who came to the United States as unaccompanied children after January, 1, 2014, but are now 18 or older. As of March 9, DHS had apprehended 336 individuals through these continued raids.

In response, over 150 organizations sent a letter to Secretary Johnson asking that he stop the raids against Central Americans, most of whom have come to the United States fleeing violence. As the letter notes, “The very title of this operation points to a much larger problem: DHS’s treatment of a humanitarian situation primarily as a border security issue. More specifically, the operation will have the effect of returning refugees to face persecution and is already creating a climate of fear across immigrant communities.”

For the past few years, refugees have fled escalating violence and persecution in Central America and sought protection in the United States. Instead of protecting them, however, the U.S. Government is prioritizing their deportation, sending them back to some of the most dangerous countries in the Western Hemisphere. The Obama Administration has consistently failed to treat these individuals from Central America as asylum seekers, deserving of our compassion. It is not a crime to arrive at the U.S. border to request protection. In fact, data strongly suggests that the vast majority of recently apprehended individuals from Northern Triangle countries have bona fide claims for protection under U.S. law. U.S. Citizenship and Immigration Services data shows that nearly 88 percent of the mothers and children detained in the three family detention centers in Pennsylvania and Texas are proving to the government that they are likely to be found eligible for asylum and other forms of humanitarian relief.

While DHS claims that the raids “are part of our broader and ongoing efforts to enforce our immigration laws, in line with our stated priorities,” the agency has offered no reasonable explanation for targeting this specific population for deportation over others. DHS says that the targets of the raids “have been ordered removed by an immigration court, and have no pending appeal or claim of asylum or other relief,” but advocates have serious concerns about whether the individuals have actually had a fair opportunity to present their claims.

As the letter to Secretary Johnson notes, the

Most have no legal representation—the single most important factor in ensuring their appearance in court and succeeding in their cases.

Instead of prioritizing the enforcement and removal of vulnerable individuals, especially those who never had a fair chance to make their claims in court, the Obama Administration should take steps to ensure a full and meaningful process for each asylum seeker. This must include access to legal counsel. It is time to stop treating these families as security threats and instead recognize the very real threats to life and liberty facing these families at home.