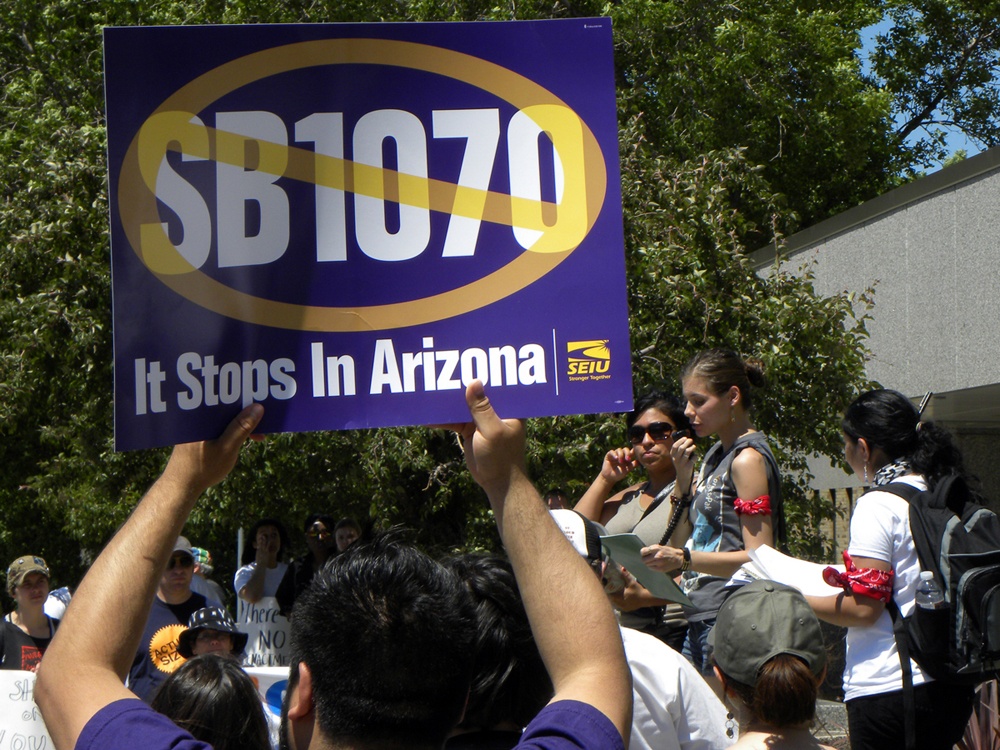 After six years of challenges, including a trip to the Supreme Court, the legal battle over Arizona’s SB 1070 has come to an end—for now. The law faced a wave of opposition soon after going into effect in April 2010.

In May 2010 civil and immigrant rights groups including the American Civil Liberties Union, the Mexican-American Legal Defense Fund, and the National Immigration Law Center filed suit in an effort to strike down the law on constitutional grounds.

This particular lawsuit finally came to an end earlier this month when the groups reached an agreement with Arizona Attorney General Mark Brnovich settling the case.

In June 2012, the Supreme Court ruled on a separate lawsuit brought by the Obama administration and, in a mixed decision, struck down certain key provisions of the law. Provisions that the Court found to be unconstitutional on their face were:

However, the Court left intact Section 2(B), the most controversial provision of the law. This provision required police to inquire into the immigration status of any person they suspected was not lawfully present. The Court found that it was too early to determine whether the provision would be applied unconstitutionally.

Following the Supreme Court’s decision, the civil and immigration rights  groups continued to challenge Section 2(B) and the remaining provisions of the law not covered by the decision. After a court decision in 2015 that limited the groups’ challenge to Section 2(B), civil and immigrant rights groups worked to come to an agreement with Arizona that would protect the rights of Arizonans who might be targeted by SB 1070.

This agreement is now final, and Arizona’s Attorney General has issued an opinion interpreting Section 2(B) to avoid the constitutional concerns raised by the  groups. The Attorney General’s opinion, which is nonbinding, sets out a “model policy” that police departments are encouraged to adopt. This guideline allows police officers to inquire about the immigration status of anyone they have lawfully stopped, but prevents officers from delaying a stop for any reason related to immigration status.

While many groups have applauded the settlement, the nonbinding nature of the opinion has left other activists wary.

Salvador Reza, who was briefly arrested in 2010 during protests against SB 1070,   said that he believes the decision will allow police departments to use pretexts to stop and harass people they believe  to be unlawfully present. In response, MALDEF senior counsel Victor Viramontes argued that the opinion will be “Exhibit A” in any legal challenge to a “rogue” police department that tries to go outside the decision’s guidelines.

Similarly, Cecillia Wang, Director of the ACLU’s Immigrant’s Rights Project, stated that a provision of the opinion which requires officers to document the reasons for questioning individuals about their immigration status “gives us the hook to investigate cases where a cop actually does cross the line.”

Although legal challenges have concluded for now, the fight over the implementation of SB 1070 is likely to continue. In the years to come, activists will keep a close eye on implementation of Section 2(B) to ensure that police departments do not violate the civil rights of Arizonans.