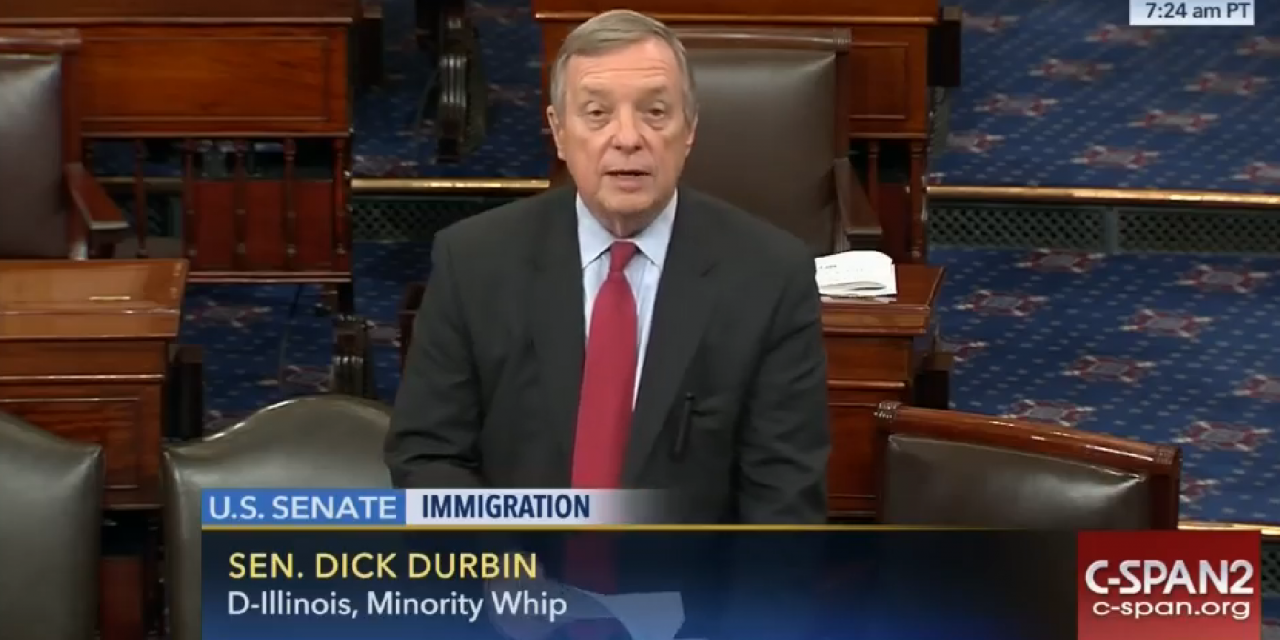 A bipartisan group of Senators introduced a bill on Friday to temporarily protect individuals eligible for Deferred Action for Childhood Arrivals (DACA).

Senators Durbin (D-IL), Feinstein (D-CA), Graham (R-SC), and Murkowski (R-AK) introduced the Bar Removal of Individuals who Dream and Grow our Economy (BRIDGE) Act, which would provide work authorization and relief from deportation to individuals who are eligible for the DACA initiative created in 2012 by the Department of Homeland Security (DHS).

Under DACA, eligible individuals who arrived in the United States as children, pass a background check and meet specific age, education, and United States residency requirements, are granted a temporary reprieve from deportation and are eligible to receive a renewable two-year work permit. Currently, over 741,000 individuals have received DACA.

Many Republicans have long taken issue with DACA because it was done through the executive and not through legislation. President-elect Trump promised on the campaign trail that he would repeal President Obama’s executive actions, including DACA. Therefore, with Trump taking office next month, an effort to replace DACA with something from Congress is being undertaken by these senators.

While actual text of the legislation is not yet available and will need to be examined carefully once introduced, various media outlets have reported on the details of the bill, as well as a factsheet describing the legislation. According to those reports, the BRIDGE Act would provide what the bill calls “provisional protected presence,” relief from deportation, and employment authorization for three years to DACA-eligible individuals.

Under the bill, individuals who are not DACA recipients but who are eligible for DACA would be able to apply. Like DACA, this bill would require individuals to pay a fee, undergo a background check and show they meet the eligibility criteria.

When discussing the bipartisan legislation on the Senate floor earlier this week, Senator Durbin said:

I’m glad to say that Lindsey Graham, the senator from South Carolina, and I are joining in an effort to draw up legislation to achieve that goal and at least to give those eligible for DACA a temporary reprieve so if there is elimination of this executive action, we don’t eliminate the protection that keeps them here in the United States, where they cannot be deported, and they have a chance to work.

Other Republicans also seem open to the legislation, including Senator Tillis (R-NC) who reacted to the introduction of the bill saying, “I think we could look at this and maybe identify a broader base of people who may be willing to support it.”  Senator Flake (R-AZ) also expressed his support for finding a way to ensure that those with DACA are able to remain in the U.S.

Time magazine reported Trump dialing his anti-DACA rhetoric back a bit when he told them:

“We’re going to work something out that’s going to make people happy and proud…They got brought here at a very young age, they’ve worked here, they’ve gone to school here. Some were good students. Some have wonderful jobs. And they’re in never-never land because they don’t know what’s going to happen.”

Abruptly ending DACA would not only have a profound effect on the recipients themselves, but also on the U.S. economy. According to the Center for American Progress (CAP), ending DACA “would wipe away at least $433.4 billion from the U.S. gross domestic product, or GDP, cumulatively over a decade.”

While the bill will need to be re-introduced when Senators start their new session in January, this bipartisan effort continues to build momentum around the country to protect those eligible for DACA.