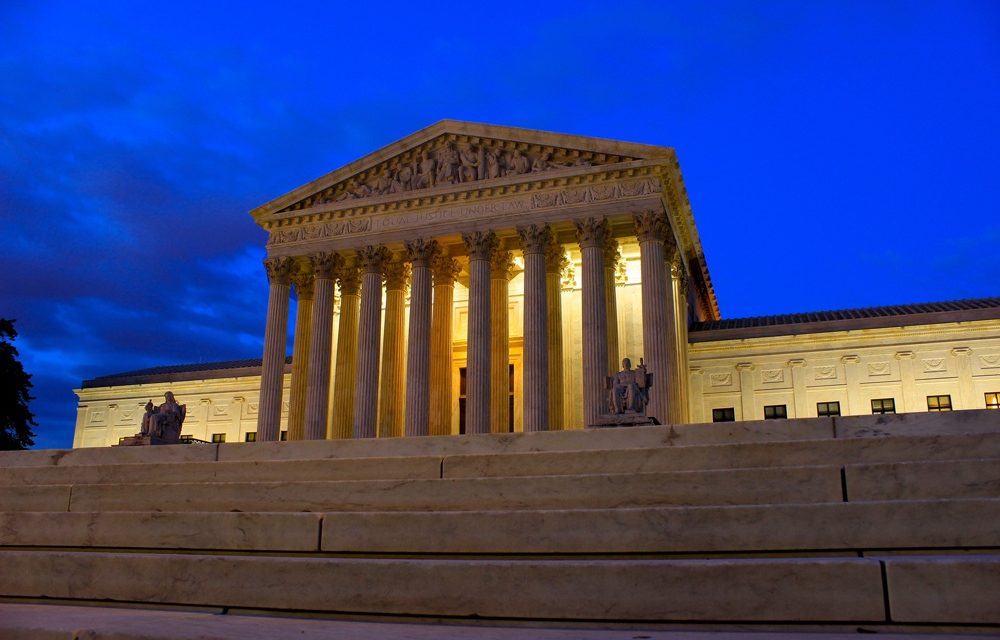 Determining when an immigrant who has been convicted of a crime can be deported is a feat that has been described by federal judges as “far from clear,” “dizzying,” and “labyrinthine.” There is no doubt that the intersection of criminal and immigration law is complex, but how vague can a statute be before it is deemed unconstitutional? This question came before the Supreme Court this week in Lynch v. Dimaya.

Under current immigration law, certain crimes are considered “aggravated felonies,” a category of offenses (some of which are not even felonies) that carry the harshest immigration consequences. A “crime of violence” aggravated felony, defined in a federal law which is directly referenced in our immigration law, is either any felony involving the use of force or the threatened use of force, or any felony conviction that “by its nature, involves a substantial risk” of physical force being used against a person or property. It is the “substantial risk” language—known as the “residual clause”—that is being challenged for being overly vague.

In 2015, the Supreme Court issued an 8-1 decision in Johnson v. United States, striking down the almost-identical residual clause of the “violent felony” definition in the Armed Career Criminal Act (ACCA). Faced with no clear way to determine what kinds of felonies by their nature presented a substantial risk of physical injury, and over a decade of case law struggling to find a consistent interpretation of the ACCA’s residual clause, the Supreme Court concluded that any further attempt to find meaning in the provision was “hopeless.”

Once the Court had found the ACCA’s residual clause to be unconstitutional, advocates argued that a “crime of violence” under immigration law was just as vague. As amicus (friend of the court) briefs pointed out, multiple federal circuit courts are in disagreement about what kinds of crimes by their nature involve a substantial risk of physical force. Amici also argued that the clause should be struck down as vague because it had criminal implications as well as civil deportation consequences; specifically, any individual who returns to the United States after having been convicted of an aggravated felony may be prosecuted for the crime of unlawful reentry. Thus, when Mr. James Dimaya, a lawful permanent resident who has lived in the United States since 1992, challenged his deportation under the residual clause at the Ninth Circuit, the court struck down the “crime of violence” provision as unconstitutionally vague, based on the Supreme Court’s earlier decision in Johnson v. United States,

At oral argument, Deputy Solicitor General Edwin S. Kneedler faced tough questioning from Justices Kagan and Sotomayor. Justice Kagan challenged him repeatedly to distinguish this case from Johnson, commenting that the INA’s residual clause “sounds kind of the same” as the law in Johnson. In response, Kneedler admitted that the two clauses were worded similarly, but argued that there were key differences between the two; for example, the ACCA’s residual clause contained a list of “examples” which, when analyzed closely, actually made the clause more confusing. He also urged the Court to find that no ground of deportation can be unconstitutionally vague, suggesting that only criminal laws could be struck down for vagueness. This elicited a strong response from Justice Sotomayor, who highlighted the “draconian effects of removal and deportation” that have been put into the law since 1996. She noted, “[W]e have often said that vagueness depends on the gravity of what is at stake. Today what’s at stake is a lot more than what was at stake decades ago.”

Arguing for Mr. Dimaya, E. Joshua Rosenkranz began by emphasizing the similarity between this case and Johnson, and urging the Court to follow the same logic and strike down the crime of violence residual clause as vague. This prompted a barrage of questioning from several Justices about potential distinctions between the two statutes. When pressed by Justice Alito about the level of specificity required for a civil law – as opposed to a criminal law of the type considered in Johnson, Rosenkranz conceded that the answer depended on the severity of the consequences of the case, and emphasized the high stakes in deportation cases.  Recalling the number of conflicts among federal circuit courts on the same issue, Rosenkranz concluded by urging the Court to resolve the matter decisively as it did in Johnson: “[I]t’s not like we don’t know where this case is headed … We’ve seen this show before. We know how it ends….”

If the Justices strike down the law at issue, it may provide a defense for some immigrants who pled guilty to minor crimes believing—incorrectly—that they would not be at risk of deportation.