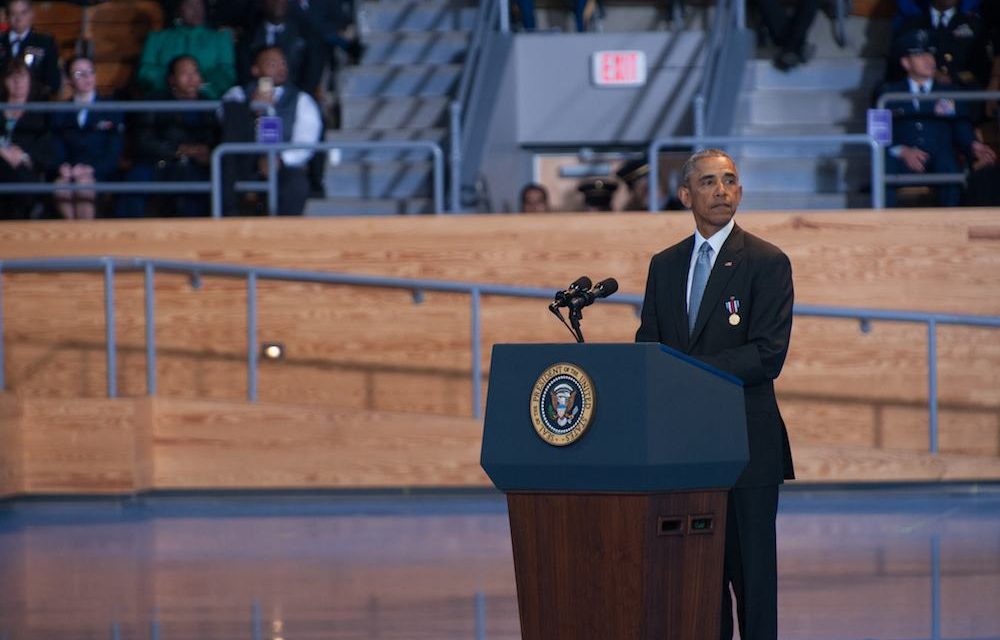 Thus, President Obama left the office with a mixed legacy on immigration. While he failed to get a comprehensive immigration reform law passed, he took important steps toward protecting DREAMERs and focusing enforcement priorities. However, deportations rose to record highs, and some of the most vulnerable immigrant populations continue to suffer.

In June 2012, President Obama used his authority to change the lives of certain young immigrants. These young people were brought here when they were children; they have been raised and educated in the U.S. and are by all intents and purposes American kids. But since they were not born here, they have faced enormous obstacles and lived under the constant threat of deportation. The Deferred Action for Childhood Arrivals (DACA) initiative changed that.

DACA provides protection from deportation and work authorization to certain undocumented immigrants brought to the U.S. as children. In the last few years, DACA has proven successful for the 740,000 individuals who benefitted from the initiative. While not a permanent immigration solution, DACA has improved the lives of its beneficiaries tremendously. The initiative has expanded access to post-secondary education and in-state tuition rates, and has provided renewed motivation for students to pursue higher education and achieve their dream jobs. DACA recipients have also been able to work and increase their earnings, and contribute financially to their households and the U.S. tax coffers. DACA beneficiaries have been able to get drivers licenses and otherwise integrate into American communities.

Despite its overwhelming success, the continuation of DACA is threatened. Bipartisan legislation has been introduced in Congress to protect DACA beneficiaries, but unfortunately this key piece of Obama’s immigration legacy remains in limbo.

President Obama took steps to focus immigration enforcement on serious criminals and threats. He acknowledged that the government had limited resources to remove people and had to set priorities among the millions of potential deportees. One of the first steps the Obama administration took toward changing enforcement priorities came with the elimination of large worksite raids, which had been widely used during the Bush administration. In contrast to large raids, Obama emphasized investigating and penalizing employers. Early changes were also made to the priorities of the Fugitive Operations Program, which had been apprehending “the easiest targets, not the most dangerous fugitives.”

That was followed by a series of civil immigration enforcement priorities memos. This set forth new enforcement priorities that focused on those that posed threats to national security or the community, and those charged with or convicted of serious crimes. The most recent memo, released in November 2014, ended the Secure Communities program. That program had resulted in the deportation of thousands of immigrants with minor criminal convictions or no criminal histories at all. The replacement Priority Enforcement Program (PEP) was intended to focus on those with serious criminal convictions. Despite the important changes to its priorities, the evidence on how well ICE has stuck to its priorities is decidedly mixed.

One of the defining characteristics of Obama’s eight years in office will be record high deportation numbers. Fiscal year 2009-2016 saw more than 2.7 million deportations – more people than any other president in U.S. history. However, behind these numbers are some important lessons about the changing dynamics of who is showing up at the U.S. border.

Apprehensions by the Border Patrol are at historically low levels not seen since the early 1970s, meaning the number of people attempting to cross the border without proper documentation has fallen significantly. Today, more deportations are of individuals located in the interior of the country. Yet these numbers have also declined since 2014, when the new enforcement priorities were put in place.

The last few years have witnessed the arrival of thousands of Central Americans fleeing violence in their home countries and seeking asylum in the U.S. Many mothers, families, and unaccompanied minors have arrived along the southern border, turned themselves into the Border Patrol, and have asked for protection. However, for the most part, the Obama administration has not treated this influx of Central Americans as a humanitarian issue, but rather as an enforcement issue.

Instead of ensuring a fair process for refugees and aslyees to present their claims, many have been placed in rushed deportation process, often without access to attorneys, and little support in navigating a complicated legal process. As a result the Obama Administration deported, many they should have protected, back to some of the most unstable and insecure countries in the world. In the past week, reports have even emerged that Border Patrol is flat out denying aslyees entrance at the U.S.-Mexico border, a practice out of step with our obligations and international law.

In response to the Central American arrivals along the southern border, the administration launched an aggressive expansion of family detention in an attempt to deter the arrival of additional refugees. The documented conditions in family detention have been notably poor, with complaints filed against the government on a consistent basis challenging the conditions.

Families and children have spent extended periods incarcerated, even though immigration detention is not intended to be a punishment. Families have suffered prolonged and indefinite separations, receiving substandard medical care and individuals are suffering psychological distress including depression, anxiety, and difficulty sleeping. The practice of family detention reinstituted during the Obama Administration is a dark mark on his legacy.

Immigration has always been a challenging issue and one most often exploited by politicians to divide the American public. President Donald Trump has made many promises on immigration. Trump will inherit the same outdated immigration system and will be asked to respond to the same questions surrounding DREAMERs and their families, enforcement, refugee flows, detention, immigration court backlogs, business immigration, and much more.

Many Republicans have long-professed that they want immigration reform done as much as the other side of the aisle. Now they have the chance to put those words into action.