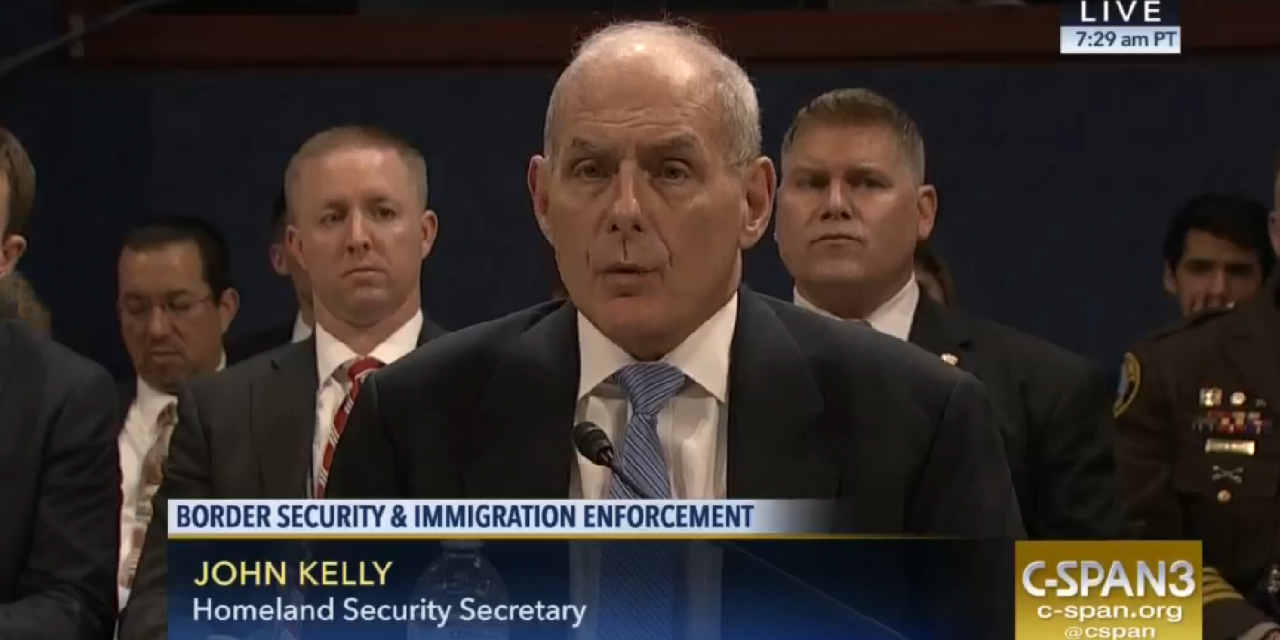 Department of Homeland Security (DHS) Secretary John Kelly testified for the first time since being confirmed by the U.S. Senate in front of the House Homeland Security Committee on Tuesday in a hearing titled “Ending the Crisis: America’s Borders and the Path to Security.” While the hearing was supposed to focus on border security, much of the questioning focused on President Donald Trump’s January 27 executive order related to halting all refugee admissions and banning nationals from seven Muslim-majority countries from entering the U.S. for at least 90 days.

At the outset, Secretary Kelly defended Trump’s executive order. He argued that it is not a Muslim ban but instead a “pause” on travelers from those seven countries. Kelly also said that despite various rumors that as many as 12 other countries would be added to the seven country travel ban, that no other countries were being considered at this time.

However, Kelly did admit the executive order could have been rolled out better. Despite media reports that the vetting and implementation was botched by the White House, Kelly took responsibility, saying, “In retrospect, I should have — this is all on me, by the way — I should have delayed it just a bit so that I could talk to members of Congress, particularly to the leadership of committees like this, to prepare them for what was coming.” In light of criticism of the roll-out by House and Senate Republicans, Kelly committed to consulting with the relevant committees and Congressional leadership on future executive orders.

Also during the hearing Secretary Kelly significantly backed off his speedy timeline for building a border wall. Just last week, Kelly in an interview with Fox News said his hope was to have the wall Trump directed DHS to build in his executive order on January 25 on border security, done in two years. However, during today’s hearing he changed that timeline significantly saying it depends on funding but his plan is to have the border wall “well underway within two years.”

The executive orders on border security and interior enforcement also direct DHS to immediately hire an additional 5,000 new Border Patrol agents as well as 10,000 Immigration and Customs Enforcement officers. At the hearing today, Kelly said DHS would work to meet with goal but they would no lower criteria or speed up the hiring process and admitted it would likely take a few years to meet that goal.

On so-called sanctuary cities, Kelly said defunding cities that do not cooperate with DHS will be done but on a “case by case” basis. In his executive order on interior enforcement Trump directed the Attorney General and Secretary of DHS to make sure “sanctuary jurisdictions” are complying with the law and look to strip federal non–law-enforcement-funding if they do not comply.

In his debut hearing as Secretary of DHS, Kelly was questioned for nearly three hours by the House Homeland Security Committee which is longer than his entire confirmation hearing in the Senate. With Trump already active on immigration we can expect to see a lot more of Secretary Kelly on Capitol Hill in the coming months.