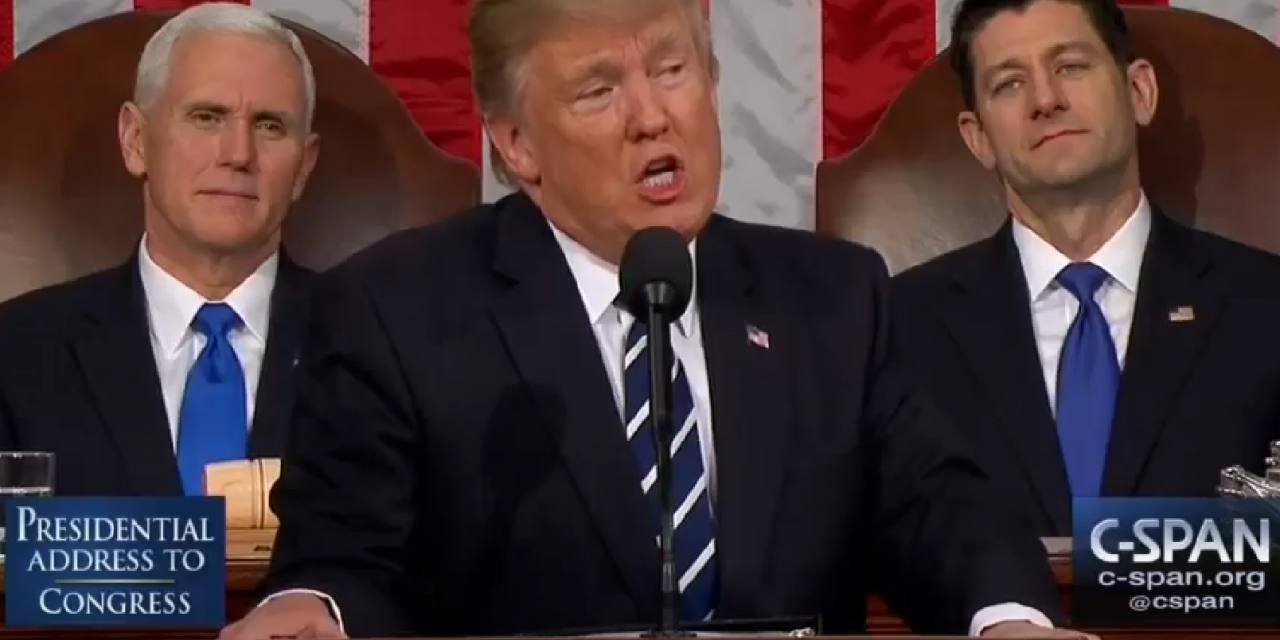 This week, President Trump gave an address to a joint session of Congress where he continued his divisive, inaccurate rhetoric on immigration.  Some analysts have said Trump moderated his tone in this speech, but in reality Trump isn’t shifting from his hard-line immigration policies. In his speech, he continued to falsely blaming immigrants for the underlying cause for many issues our country faces.

Below are five statements from President Trump’s Joint Address that need to be corrected and explained.

1. Trump claimed that we’ve left “our own borders wide open for anyone to cross.”

This is categorically false  Since the last major overhaul of the U.S. immigration system in 1986, the federal government has spent an estimated $263 billion on immigration and border enforcement. Currently, the number of border and interior enforcement personnel stands at more than 49,000. The number of U.S. Border Patrol agents nearly doubled from Fiscal Year (FY) 2003 to FY 2016 with Border Patrol now required to have a record 21,370 agents. Additionally, the number of Immigration and Customs Enforcement (ICE) agents devoted to its office of Enforcement and Removal Operations (ERO) nearly tripled from FY 2003 to FY 2016.

2. Trump said that immigrants aren’t contributing to our economy and instead are “costing the country billions.”

Once again, Trump is incorrect. The study Trump cited and misconstrued was conducted by the National Academies of Sciences (NAS), Engineering, and Medicine. The same report flatly states found that immigrants have “little to no negative effects on the overall wages or employment of native-born workers in the long term.” The NAS study also finds that immigrant workers expand the size of the U.S. economy by an estimated 11 percent annually, which translates out to $2 trillion in 2016. Further, the children of immigrants were found to be the largest net fiscal contributors among any group, native or foreign-born, creating significant economic benefits for every American.

3. Trump said that the government is “removing gang members, drug dealers and criminals that threaten our communities and prey on our citizens.”

4. Trump believes a merit-based immigration system will improve the economy.

The idea of a merit-based system is not new but it usually has been discussed as one piece to updating our immigration system, not the only piece as discussed in this speech. At its core, the allocation of points is not a neutral act, but instead reflects a political view regarding the “desired immigrant.” Since the enactment of the Immigration and Nationality Act in 1965, legal immigration to the United States has been based primarily on the family ties or the work skills of prospective immigrants.

The contributions of family-based immigrants to the U.S. economy, local communities, and the national fabric are many. They account for a significant portion of domestic economic growth, contribute to the well-being of the current and future labor force, play a key role in business development and community improvement, and are among the most upwardly mobile segments of the labor force. And if cutting family-based immigration becomes part of a trade-off for a merit-based system, we would be turning our back on a centuries’ old tradition of family members already in the United States supporting newcomer relatives by helping them get on their feet and facilitating their integration.

5. Trump attempted to make the link between immigrants and crime through his newly created office of Victims Of Immigration Crime Engagement (VOICE).

Despite the implications of this new office at DHS which seeks to demonize all immigrants, immigrants are actually less likely to commit serious crimes or be behind bars than the native-born. Additionally, high rates of immigration are associated with lower rates of violent crime and property crime. This holds true for both legal immigrants and the unauthorized, regardless of their country of origin or level of education.