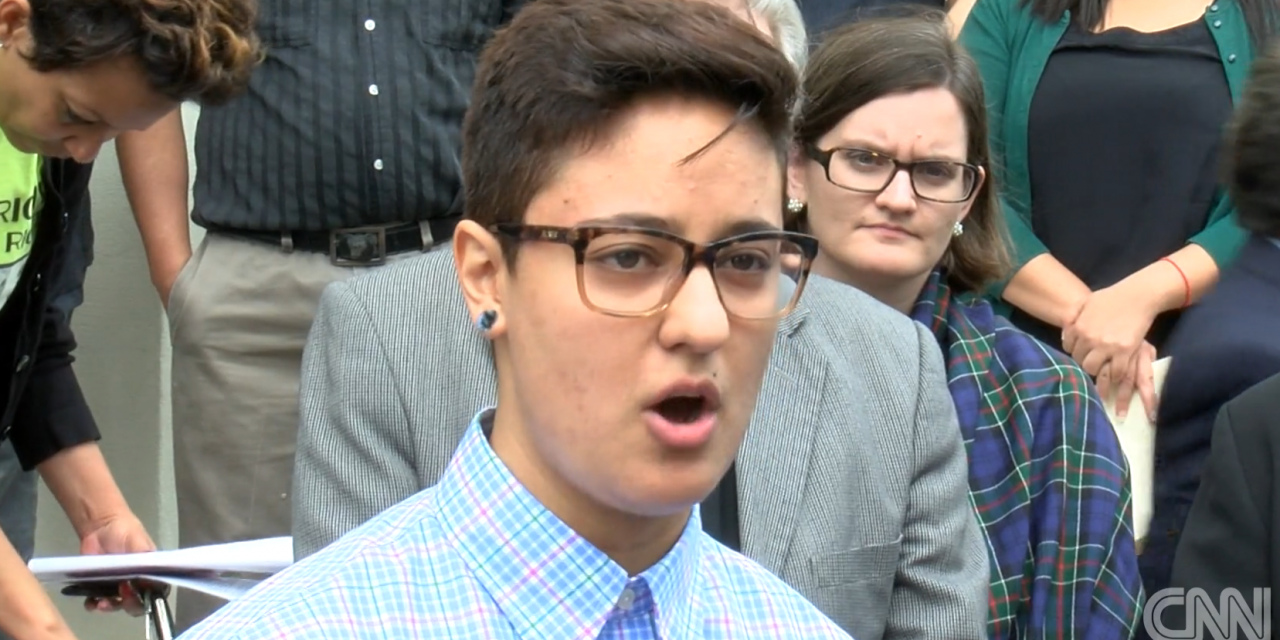 A young DACA recipient named Daniela Vargas was detained in Mississippi by Immigration and Customs Enforcement (ICE) after speaking out earlier this month about her fear of being deported under the Trump Administration’s immigration policies.

Officials arrested Daniela immediately after she spoke at a press conference organized by the Mississippi Immigrants’ Rights Alliance and put her into detention. As she sat detained, the government was moving to swiftly deport her as a “visa waiver overstay.”

However, the convenience of VWP comes with a price. In order to enter the U.S. through the VWP, participants must sign a waiver agreeing to forfeit the ability to challenge a decision preventing them from entering the U.S. or, if admitted, from remaining there, including forfeiting the statutory right to appear in immigration court if they remain in the U.S. for longer than 90 days and have an opportunity to seek continued lawful status.

When Daniela Vargas came to the U.S. in 2001, Argentina was a VWP participant. Argentina’s serious economic crisis then led to its emergency termination from the VWP as of February 21, 2002.

In theory, the waiver prevents VWP participants from challenging any action to remove them from the U.S. unless they make an affirmative application for asylum. However, attorneys for Ms. Vargas argued in their habeas corpus petition that she could not have waived her right to contest removal from the U.S. because as a seven-year- old child she did not make a decision to give up that right in order to use VWP. Because Daniela just came along with her parents and could not have independently waived her right to a hearing in immigration court, her attorneys argued that her right to due process was violated.

Daniela also sought release because one of her parents had filed a petition for a U visa classification when she was under 21, which made her eligible for the visa classification as their minor child. The U visa classification is for victims of serious crimes who suffered substantial physical or mental abuse and who assisted in law enforcement investigations. The U visa petition is still pending. If granted, it will give her a path to lawful residence. In addition, Daniela applied for and received Deferred Action for Childhood Arrivals (DACA) once it was instituted by the Obama Administration and was in the process of renewing it when she was arrested and detained by ICE.

Daniela has since been released from detention while she waits for her case to proceed. Daniela now has the support of her community and powerful legal advocates, however typical VWP participants are difficult to save from deportation as they entered the country after basically signing away many of their rights to contest deportation. This is particularly troubling given the ramp up in removals from the interior of the United States, and those who have entered the country through this program should take note.