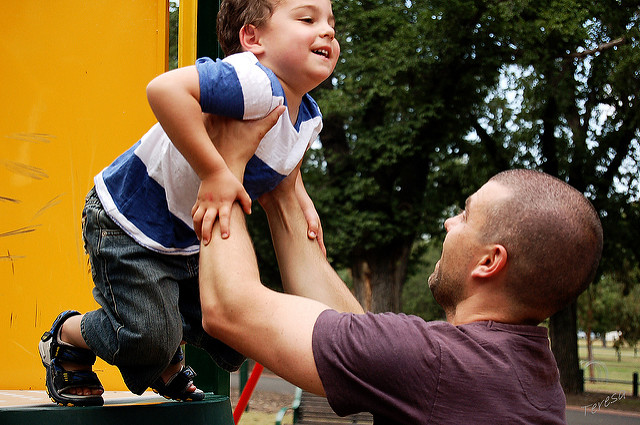 Increased attention to immigration enforcement in 2017 has propelled the serious issue of children being separated from an undocumented parent into national headlines. The stories of children, including U.S. citizens, being forcibly separated from a parent are sadly multiplying. In March, for example, 13-year-old Fatima Avelica witnessed and recorded Immigration and Customs Enforcement (ICE) agents taking her father into custody as he drove Fatima and her sister to school in California. Her father, Romulo Avelica-Gonzalez, remains in ICE custody at the Adelanto Detention Facility.

The Avelica family’s experience reflects the reality that millions of people in the United States face: more than 16 million people in the United States live with at least one undocumented family member, often a parent, who may be targeted for deportation. More than eight million of these residents are citizens. And the majority of them—almost 6 million—are children under the age of 18.

Elected officials have voiced concern about and opposition to immigration enforcement policies that adversely affect children. At a forum last week hosted by the Congressional Women’s Working Group on Immigration Reform, co-chair Representative Lucille Roybal-Allard (CA) stated: “I am deeply concerned about the Trump Administration’s immigration policies and actions… Sacrificing the well-being of children for any purpose is immoral and inhumane.  It goes against the fundamental values of our nation and our legacy of treasuring and protecting children.”

Indeed, research has documented that immigration enforcement actions, and the ongoing threats associated with them, have significant physical, emotional, developmental, and economic repercussions not only for the deported individuals, but for the many children who stay behind.

Several academic studies have found that a child’s risk of having mental health problems like depression, anxiety, and severe psychological distress increases following the detention and/or deportation of a parent. Children with undocumented family members live in fear that they will be taken away—circumstances that can lead to toxic stress which, according to the American Academy of Pediatrics, can harm brain development and negatively impact short- and long-term health.

U.S. citizen children and any remaining family members can face substantial financial instability following the deportation of a family member or primary breadwinner. A 2014 analysis, for example, estimated that a family’s income would decrease 50 percent following the deportation of a family member. Previous studies documented families losing 40 to 90 percent of their income within six months of a parent’s immigration-related arrest, detention, or deportation. The ability to afford housing may also become more tenuous; a 2016 study found that deportations exacerbated foreclosures, meaning families were forced to relocate.

Parents taken into ICE custody face an impossible decision regarding their children. Those with a final deportation order must make the difficult decision of whether or not to bring their children, including U.S. citizen children, with them or leave them in the United States. This decision also assumes that taking a child with them is possible, as parents may not be able to provide for their children in a stable and safe environment in the country of deportation, based on many of the same conditions that may have triggered the parent’s migration to the United States in the first place.

While there are some policies in place designed to protect parental rights, such as ICE’s 2013 Parental Interests Directive, significant issues persist and it can be incredibly difficult for a parent to reunite or regain custody of a child following detention or deportation. There is also a risk that under the new administration the policy could be changed, rescinded, or violated.

For the sake of this country and its future, policies that result in the separation of our families should be wholly rejected.