Foreign Workers Make Up 25 Percent of the Entire STEM Workforce 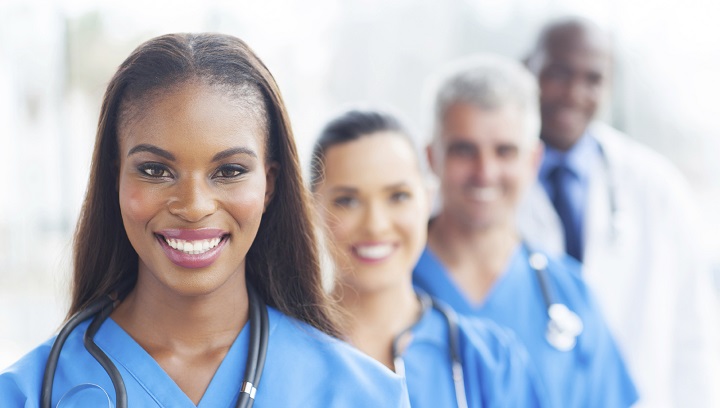 With the Trump administration threatening to limit the immigration of highly skilled foreign professionals to the United States, now is a good time to take stock of just how valuable those professionals are to the U.S. economy and how short-sighted it is to place limits on their contributions to this country.

High-skilled workers in STEM fields (science, technology, engineering, and math) fuel a great deal of the American economy’s innovation, productivity gains, and job growth. The foreign-born (including those who come on temporary H-1B visas) accounted for anywhere between one-quarter and one fifth of all STEM workers, depending on what occupations are counted as STEM.

While the administration has vowed to “Buy American, Hire American” in the hopes of propping up U.S. workers, there is a serious misconception about the relationship between foreign-born and natives in the workplace. In general, foreign-born STEM workers have skills that “complement” those of their native-born co-workers. As a result, the presence of immigrants in the workplace actually increases the productivity (and therefore the wages) of natives. Innovation by foreign-born professionals also increases the business revenue of the employer, which enables employers to hire more workers. One study found that, for every 100 foreign-born workers in STEM fields with advanced degrees from U.S. universities, the economy added 262 jobs for U.S.-born workers.

At a time when the massive Baby Boom generation is aging into retirement and will use more healthcare services, it’s especially noteworthy that 29.4 percent of all physicians and surgeons are foreign-born, as are 16.9 percent of registered nurses.

The role of highly skilled foreign professionals is even greater in particular states. For instance, the foreign-born account for 43.8 percent of all STEM workers in New Jersey and 42.4 percent in California.

The president’s “Buy American and Hire American” Executive Order may sound noble, but the fact is that occupations with large numbers of high-skilled immigrant workers are characterized by wage growth and low unemployment. To shut foreign-born workers out now would be disastrous for America.