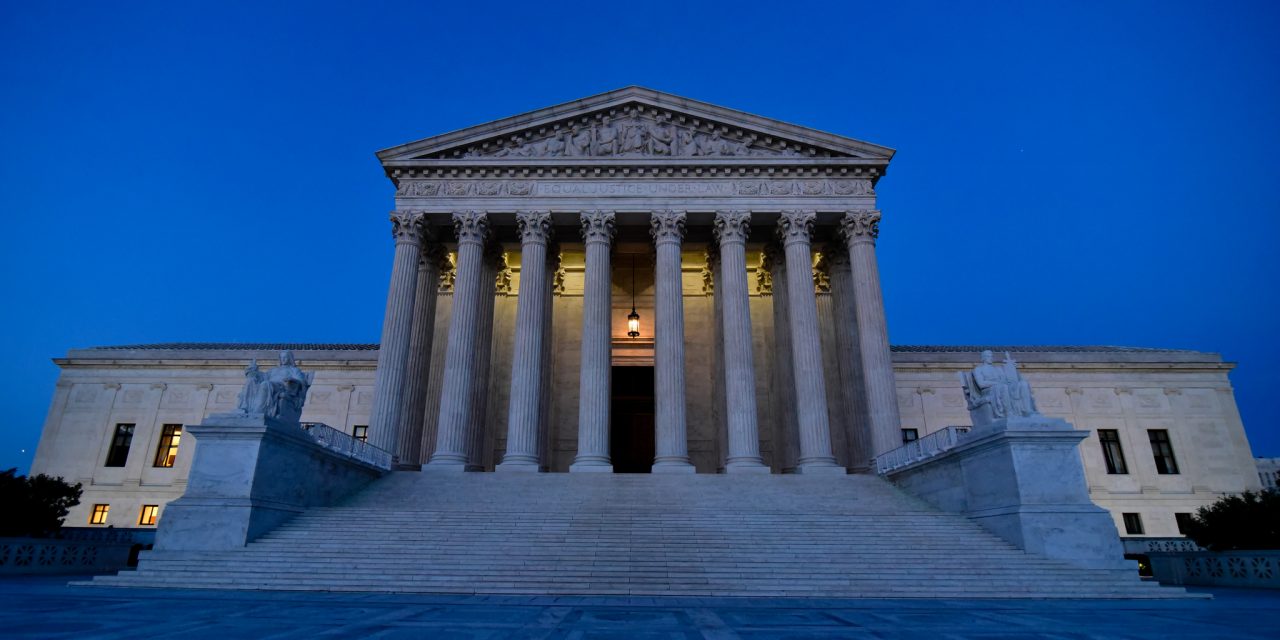 A bare majority of the Supreme Court ruled on Monday that six former immigrants of Arab or South Asian descent—all but one of whom are Muslim—cannot sue high-level U.S. officials over policies that authorized punitive detention conditions in the wake of September 11, 2001.

The six plaintiffs in Zigler v. Abbasi were swept up in post-9-11 investigations and placed in deportation proceedings for having overstayed their visas. Because each had been identified by a “tip” from the public to the FBI, the agency began investigating them for possible terrorist activity and placed them on its “hold-until-cleared” list.

Because the six plaintiffs were on this list, the Immigration and Naturalization Service (INS) detained them during their deportation proceedings in a special maximum security facility under extremely harsh conditions. All six were kept in tiny cells for 23 hours a day, not allowed to take any belongings into the cells, constantly strip-searched, and allowed only limited access to the outside. They also were physically and verbally abused by the guards.

After months of punitive detention, the FBI determined that none had connections to terrorism and all were all deported.

The six men sought money damages from each defendant as compensation for their suffering.

The Court of Appeals for the Second Circuit agreed with the plaintiffs, finding that their suit was similar in relevant ways to a 1971 Supreme Court decision, Bivens v. Six Unknown Named Agents of the Federal Bureau of Narcotics. In that case, the Court ruled that federal officers who violated the Fourth Amendment when they carried out an illegal raid on a private home, could be held personally responsible for the injuries they caused.

In yesterday’s decision, four Justices reversed the decision from the lower court and in doing so limited the availability of a remedy under the earlier Bivens decision for future suits over unconstitutional conduct of high-level federal officials.

As the plaintiffs’ attorney Rachel Meeropol stated, the Court’s decision allows such officials “to violate the Constitution without fear of personal accountability—a dangerous message in this time of rampant state-sponsored discrimination against Muslim and immigrant communities.”

While it remains to be seen how lower courts will interpret Abbasi, damage suits against lower-level officers should remain possible, particularly those involving direct misconduct rather than policy-setting.

Such suits are a critical tool against unlawful conduct of federal agents.  Not only do they provide compensation to the victim, they serve as a warning to other federal officers that acting outside the limits of the law can result in personal monetary liability.

As Justice Stephen Breyer, joined by Justice Ruth Bader Ginsburg, explained in a dissent: “In wartime as well as in peacetime, it is important, in a civilized society, that the judicial branch of the Nation’s government stand ready to afford a remedy for the most flagrant and patently unjustified, unconstitutional abuses of official power.”