Pentagon May Deport Immigrants Who Have Served in the Military 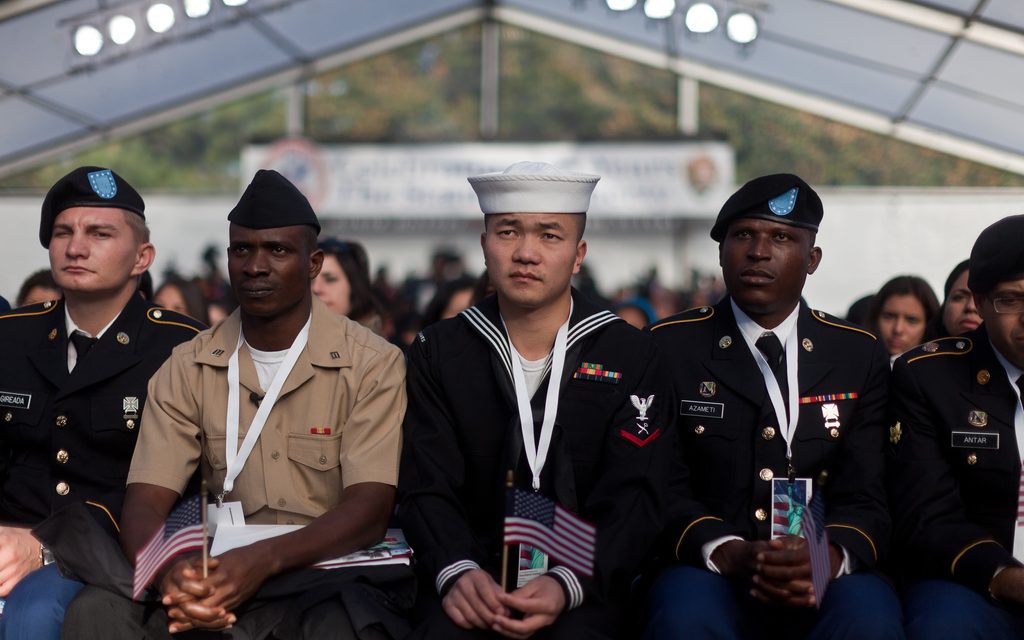 The Pentagon is considering halting a program that allows immigrants with urgently needed skills to serve in the military, putting the thousands of soldiers promised expedited citizenship in exchange for their service at risk for deportation.

According to an undated Defense Department memo, the Pentagon may terminate the Military Accessions Vital to National Interest program (MAVNI), an initiative that has allowed noncitizens with specialized linguistic and medical skills to enlist in the military and receive fast-tracked citizenship. Since the program’s launch in 2009, these immigrant troops have filled in the gaps for jobs deemed critical to the military’s operation, but are in short supply in American-born troops.

The memo, however, cites the “potential threat” posed by these immigrant troops, referencing their “higher risk of connections to Foreign Intelligence Services.” Officials have now assigned threat level tiers to the 10,000 troops in the MAVNI program—the majority of whom serve in the Army—despite the rigorous vetting they endured to enter the military in the first place.

Attorney and Retired Lieutenant Coronel Margaret Stock, the founder of the MAVNI program, told NPR that these security concerns were exaggerated: “If you were a bad guy who wanted to infiltrate the Army, you wouldn’t risk the many levels of vetting required in this program.”

Other immigrants would not even be able to reach basic training—ending the MAVNI program would also cancel the contracts of recruits in the delay-entry program, a holding pool of recruits awaiting their assigned training date.

As a result, 1,800 enlistment contracts for immigrant recruits would be cancelled, putting roughly 1,000 at risk for deportation. Those recruits’ visas expired while waiting for the military’s travel orders. An additional 2,400 part-time troops would also be removed from service.

The Pentagon also plans to subject roughly 4,100 service members—most of whom are already naturalized citizens and have been deployed around the world—to “enhanced screening,” though the memo acknowledges the “significant legal constraints” of “continuous monitoring” of citizens without cause.

“They’re subjecting this whole entire group of people to this extreme vetting, and it’s not based on any individual suspicion of any of these people,” the former lieutenant colonel said. “They’ve passed all kinds of security checks already. That in itself is unconstitutional.”

Though the program itself may have been an Obama-era initiative, immigrant troops have aided the U.S. military for centuries, dating all the way back to the Revolutionary War. To cut this essential program now—particularly as the Trump administration calls for a heightened military presence around the globe—may not only be unconstitutional, it is a disservice to centuries of American military tradition that has relied on the skills of foreign-born service members.