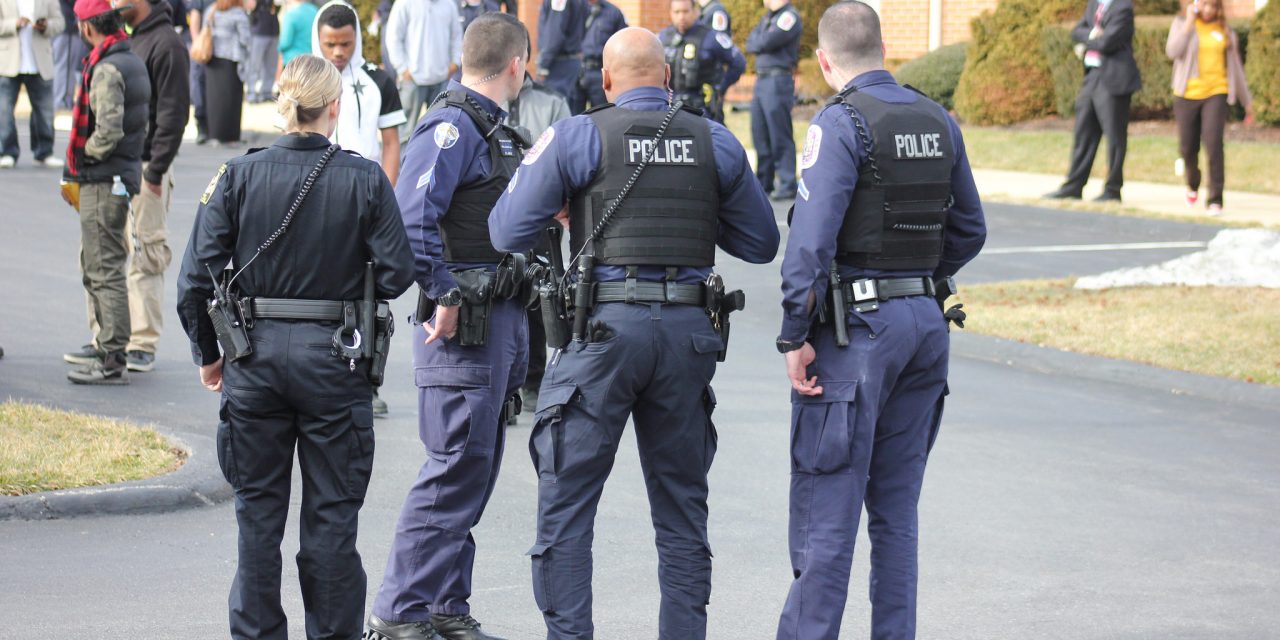 Racial profiling often runs rampant in communities that have mobilized their law enforcement officers to act as immigration officials, with the Hispanic community frequently faring the worst.

A new report from the Center for Migration Studies (CMS) confirms this dynamic. Their analysis of the impact of immigration enforcement on the Hispanic population of Fredrick County, Maryland compares arrest rates of Hispanics by the Frederick County Sheriff’s Office (FCSO), who partners with Immigration and Customs Enforcement (ICE) through the 287(g) program, to the rates of the Frederick Police Department, which does not partner with ICE. The report found that the sheriff’s office had a “significantly higher number of arrests of Hispanics,” prompting concerns about civil rights abuses and racial profiling.

The immigration enforcement program is named for Section 287(g) of the Immigration and Nationality Act (INA). Through the program, the Department of Homeland Security (DHS) can enter into formal written agreements with state or local police departments and deputize selected law enforcement officers to perform the functions of federal immigration agents. According to ICE, the agreements have nearly doubled since the end of 2016, with 60 agreements now active in 18 different states.

Historically, there have been three types of 287(g) agreements: “task force” models, “jail enforcement” models, and “hybrid” models. Under the jail enforcement model, deputized officers may interrogate alleged noncitizens who have been arrested on state or local charges and may place immigration detainers on inmates thought to be subject to removal. Under the task force model, deputized officers who encounter alleged noncitizens during the course of daily activities may question and arrest individuals they believe have violated federal immigration laws. The hybrid model combines elements of both tactics.

“The overall results suggest… the task force program resulted in the FCSO arresting 11 to 13 more Hispanics per month than would be expected without the program.”

This is not the first time studies have shown the problems with the 287(g) program. An investigation by the Department of Justice concluded that the Maricopa County Sheriff’s Office in Arizona engaged in a systematic pattern and practice of constitutional violations after they entered into the 287(g) agreement which included racial profiling of Latinos. A separate Justice Department investigation concluded that the Alamance County Sheriff’s Office in North Carolina likewise unlawfully detained and arrested Latinos after entering into a 287(g) agreement.

Following these reports, the Obama administration began to phase out the 287(g) program, completely eliminating the hybrid and task force models.

The Trump administration is now looking to expand the 287(g) program, with the acting director of ICE announcing the agency expects to triple the number of agreements by the end of 2017 through a possible return of the hybrid and task force models.

The 287(g) program is relatively inexpensive for DHS to implement, so there is little Congress can do to stop its expansion. However, rigorous oversight and monitoring by Congress and civil rights groups is going to be key in reducing the potential abuse and civil rights violations that will continue to plague this flawed program.