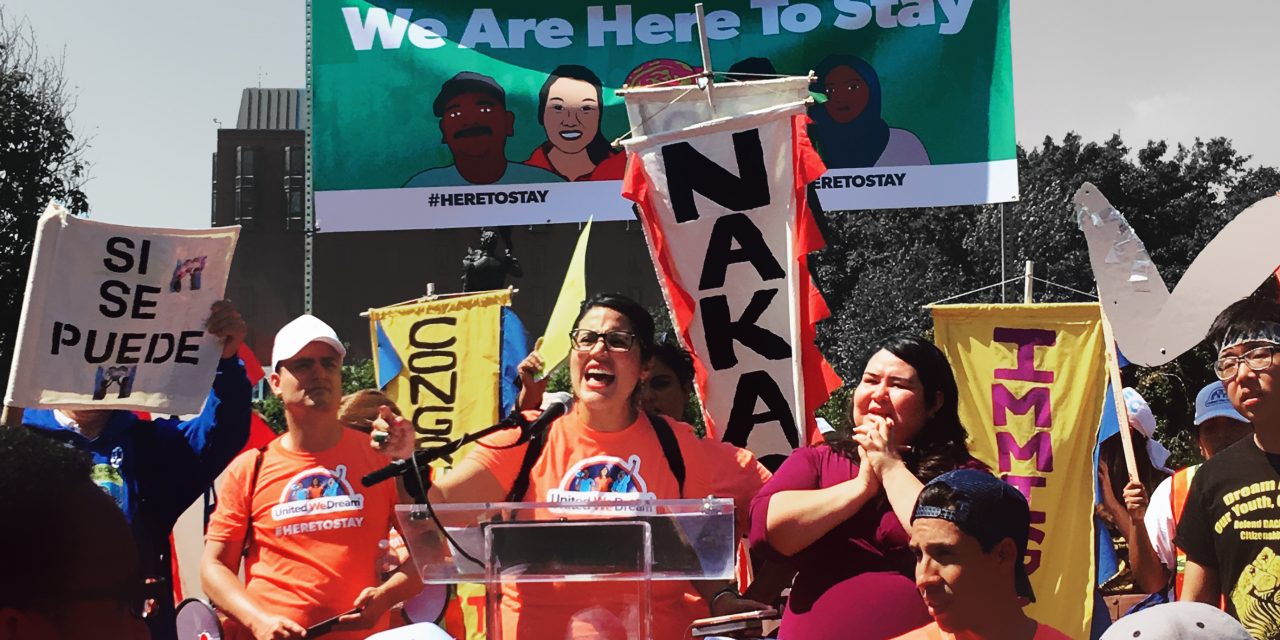 The Trump administration brought the Deferred Action for Childhood Arrivals initiative (DACA) to an end on Tuesday, striking one of the largest blows to America’s immigrant community since taking office. Despite promising to show recipients of the Obama-era initiative “great heart,” the administration announced that it will officially rescind the program after being threatened with litigation by several states’ attorneys general. The administration’s lack of heart consequently places nearly 800,000 young immigrants at risk for deportation.

The DACA initiative, launched by the Obama administration in 2012, served as temporary relief from deportation for immigrants who were brought to the United States without authorization as children. After paying substantial fees and passing criminal background checks, these young adults—known as Dreamers—were given the opportunity to live, work, study, and drive in the United States without the constant threat of deportation looming over them.

According to the memorandum issued by Acting Secretary of Homeland Security Elaine Duke, United States Citizenship and Immigration Services (USCIS) will not accept new applications for DACA after September 5, 2017. Applications that have been filed before that date and are pending will continue to be processed, and individuals whose DACA expires between now and March 5, 2018 can currently apply for a final, two-year renewal until October 5.

Individuals whose protections end will have few options and are likely to go underground in order to avoid law enforcement and protect themselves and their families. A survey of DACA recipients revealed that more than half are less likely to report a crime once their DACA is rescinded, according to a recent survey by Tom Wong at the University of California, San Diego.

The threat of deportation to a foreign country many have never known as home is now a very real threat.

Lizette, a DACA recipient whose parents brought her to the U.S. from Bolivia when she was four-months-old, has never returned. She expressed fear of deportation during Tuesday’s DACA rally outside of the Immigration and Customs Enforcement headquarters.

Despite the anxiety many are feeling, Dreamers and their allies do not see this as the end of the road.

“The fight will not stop,” Lizette reassured. “We are pledging to continue fighting for people with DACA and the 11 million [undocumented immigrants in the United States], until we have total protection for all of us.”

DACA beneficiaries like Lizette are aware that the onus is now on Congress to act. Nevertheless, the administration’s decision to use young immigrants as a bargaining chip with lawmakers is a cowardly and manipulative move that puts Dreamers at grave risk.

“Dreamers have lived here our whole lives. We contribute to our communities, to the American economy,” Lizette said. “Treating us like this is inhumane. It is beneath the administration and beneath our country. I would hope for more from America.”