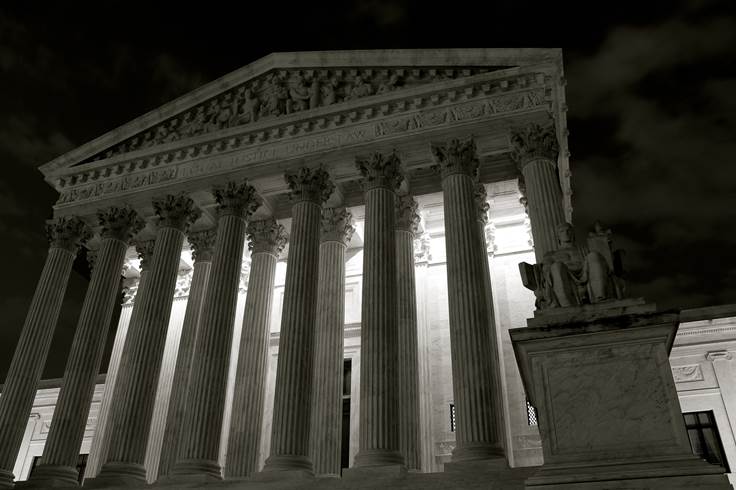 In a unanimous decision, the Ninth Circuit upheld a lower court’s decision on Friday in Hawaii v. Trump, allowing extended family members as well as certain refugees to enter the United States. In doing so, the court rejected the Trump administration’s interpretation of the Supreme Court’s June decision and rebuffed the administration’s ongoing effort to ban individuals from six predominantly Muslim countries. However, the Supreme Court granted an emergency stay request filed by the administration on Monday, temporarily halting the Ninth Circuit’s ruling and keeping in limbo the fate of refugees blocked from entry by the travel ban.

This latest development in the travel ban litigation grew out of the Supreme Court’s decision not to allow the travel ban to take effect against individuals with a “bona fide relationship” to a person or entity in the United States.  The Court ruled that those nationals with a “close familial relationship” or a “formal, documented” relationship with an American entity formed “in the ordinary course” could continue to enter the country.

In mid-July, Judge Derrick Watson of the Hawaii District Court declared that the administration’s interpretation was too narrow, and ordered an expansion of the definition of “close familial relationship” to include grandparents, children, and other extended family members, and also ordered the government to admit refugees with formal assurances of support.

The government immediately appealed the order to the Ninth Circuit and simultaneously asked the Supreme Court to stop the District Court’s decision from taking effect. In a one-paragraph decision, the Supreme Court denied a stay relating to the government’s interpretation of “close familial relationship,” but granted the stay as it related to refugees, leaving that up to the Ninth Circuit to decide.

In its Friday decision, the Ninth Circuit upheld the entire District Court injunction. The court rejected the government’s claim that a “close familial relationship” was limited only to members of a nuclear family (plus in-laws) as an “unreasonabl[e]” and “artificially narrow interpretation” of the Supreme Court’s ruling. The Ninth Circuit further found the government’s arguments were “without merit” and that it had chosen a definition of close family that was “unduly narrow and restrictive.”

Similarly, the Ninth Circuit rejected the government’s attempt to ban the entry refugees with formal assurances from resettlement agencies. The Ninth Circuit held that the “written assurance [a refugee resettlement] agency submits [to the State Department]…” creates a “bona fide relationship” as described by the Supreme Court. The Ninth Circuit also rejected the government’s argument that allowing 24,000 refugees with formal assurances to enter would defeat the purpose of the Supreme Court’s stay decision, noting that there were another 175,000 refugees currently in processing who would still be banned from entry.

Having found the government’s position meritless, the Ninth Circuit held that its decision would go into effect on Wednesday, September 13. On Monday, the administration fired back yet again, asking the Supreme Court to once again stay the Ninth Circuit’s decision as it pertained to refugees with formal assurances, but admitting defeat on its definition of close family.

Within hours, Justice Kennedy granted the request, staying the Ninth Circuit’s decision from going into effect and ordering Hawaii to file a response by noon on Tuesday. It remains unclear whether the Supreme Court will decide whether or not to lift the stay before the travel ban is argued in full on October 10.