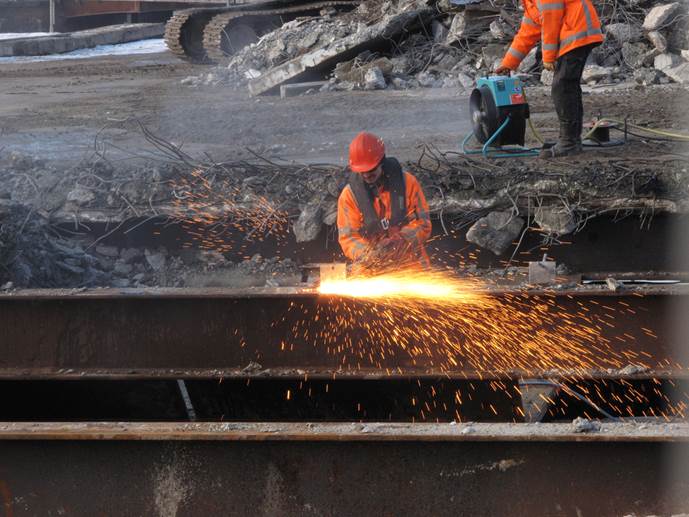 With Hurricanes Irma and Harvey ravaging much of Florida and Texas, the states will soon begin a substantial, years-long rebuilding process. The aftermath of previous natural disasters has shown that much of that rebuilding process was carried out by immigrants, many of whom were undocumented. But relying on foreign-born labor to reconstruct Florida and Texas’ infrastructure and homes comes at a volatile time for the immigrant community—their labor will be needed again, but their status coupled with harsh enforcement policies may leave many unable to help.

Hurricane Irma, which struck Florida and a number of coastal states this week, caused an estimated $100 billion in damages. Hurricane Harvey pummeled Houston with record amounts of rain and flooding last month, resulting in an estimated $190 billion in damage. Combining the total cost of devastation to infrastructure, homes and furnishings, vehicles, and commercial real estate, economists have concluded that the damage is comparable to Hurricane Katrina in 2005.

Immigrants—documented and undocumented alike—will be desperately needed for these recovery efforts. Florida construction depends heavily on immigrants, as they make up over thirty percent of the entire industry. The construction industry in Texas pulls nearly 40 percent of its workers from immigrants in the community.

This reliance on undocumented immigrant workers is not always coupled with policies that protect them. For example, undocumented workers were crucial in the aftermath of Hurricane Katrina, but were frequently underpaid or not compensated at all, required to work in dangerous conditions with no protective equipment, and were granted limited workers’ rights.

This time around, however, workers’ rights groups are already strategizing to ensure that Florida and Texas’ immigrants do not suffer the same fate.

Texas-based Workers Defense Project has proposed an ordinance that would prohibit Houston from hiring contractors with wage and hour violations, and favor those that maintain proper safety procedures, among other requirements. The National Day Laborers Organizing committee, a nationwide coalition of worker centers, is also deploying a crew of volunteers to approach construction workers on the street and educate them about safety standards and negotiation tactics.

Harsh policies on immigration may leave some immigrants wary of providing their construction services at all, however.

Reconstruction efforts could be hampered for Texas in particular, which recently passed anti-immigrant legislation Senate Bill 4 (SB4). The law, though temporarily halted by a federal judge, would have allowed local and state police officers to inquire about a person’s status if they were suspected of being undocumented.

SB4 nevertheless may steer immigrants of all statuses away from participating in reconstruction efforts or reporting labor abuses, fearing potential deportation or retaliation from employers. This could strike a potential 40 percent cut to the state’s construction industry.

It is important for immigrants of every status to know that they do have rights and protections.