Trump Administration Issues New Visa Sanctions on Four Countries, In Retaliation for Their Stance on Deportation 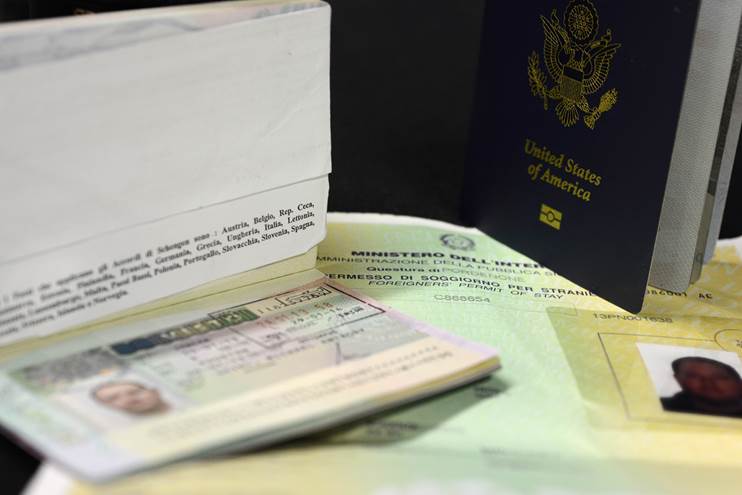 Following through on a directive from President Trump made during his first week in office, the State Department on Monday invoked a rarely-used law to impose visa restrictions on Cambodia, Eritrea, Guinea, and Sierra Leone, declaring each country “recalcitrant” for refusing to accept the return of immigrants that the United States has ordered deported.

Three countries—Cambodia, Guinea, and Sierra Leone—were hit with relatively minor sanctions, limited to a denial of visitor visas for certain government officials and their families. However, Eritrea was sanctioned much more sternly, with the U.S. government cutting off visitor visas for all Eritreans.

Cambodia’s alleged non-compliance largely stems from U.S. efforts to deport former refugees, many of whom fled Cambodia as children during the Khmer Rouge regime. Cambodia’s objection to taking back these individuals is twofold. First, Cambodia disagrees about whether certain groups of these refugees are actually Cambodian citizens, either because they were born to Cambodian parents while in Thai refugee camps, or were born in Cambodia but records of their birth were destroyed during the regime.

Cambodia has also argued that it is not humanitarian to deport Cambodian citizens who grew up in the United States and have no ties to Cambodia. In a statement issued on Thursday, the Cambodian government declared itself “surprised” by the sanctions, as it had been in ongoing negotiations with the United States since 2016 about adding “humanitarian, compassionate, and human rights aspects” to its current repatriation agreement. Of the four countries being penalized, Cambodia was given the lightest sanctions, limited to denying visas to Foreign Ministry officials with the rank of Director General and above, as well as members of their families.

In contrast, Eritreans will face far broader restrictions, as all nationals applying for a visa from within Eritrea now are barred indefinitely from receiving “B” visas for business or tourist travel to the United States. For decades, Eritrea has generally refused to accept deportees from the United States. This is because Eritrea practices a policy of only permitting “voluntary repatriations” of deportees, accepting only those who agree to be deported. Eritrea has not publicly responded to the visa sanctions. However, human rights advocates have strongly decried any push to deport people to Eritrea, a country recently described by the State Department as an “authoritarian regime.”

Guinea, on the other hand, does accept a small number of deportees from the United States each year. However, over the past decade, America has expressed repeated frustration over Guinea’s refusal to issue travel documents for the majority of Guinean nationals that the United States seeks to deport. In a letter to Congress in 2016, the Obama administration described Guinea as “one of the more recalcitrant and problematic” countries it was dealing with, and declared that after five years, negotiations on the issue had “failed.” The new sanctions against Guinea are fairly extensive, extending to all “Guinean government officials and their immediate families.”

Sierra Leone, like Guinea, accepts some, but not all, deportees from the United States. It is unclear exactly why Sierra Leone was hit with sanctions, as reporting from May indicated that Sierra Leone had either been taken off the list of recalcitrant countries or been declared only “at risk” of non-compliance. Although the sanctions Sierra Leone faced were relatively light (limited only to Foreign Ministry and immigration officials), they appeared to have an immediate impact, as Sierra Leone agreed on Wednesday to immediately issue travel documents to 27 individuals the U.S. seeks to deport.

Prior to this week, only two countries—Guyana in 2001 and The Gambia in 2016—have ever faced visa sanctions for recalcitrance. With the addition of four new countries to that list, the Trump administration has now shown a willingness to punish foreign countries for refusing to agree to U.S. demands.