Welcoming Week Opens Its Arms to Immigrants Across the Country 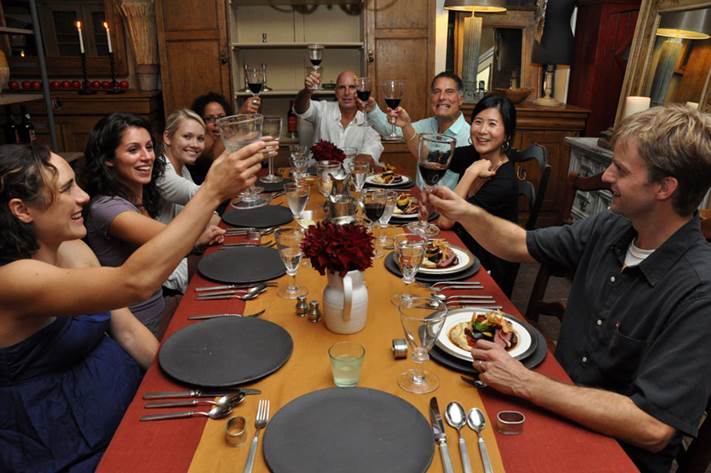 Each year, a series of events and community gatherings take place across America that bring both the foreign- and native-born together to build inclusive communities.

These “Welcoming Week” activities are hosted by local governments and community groups working to create a nation of neighbors. This year, the series of community events and gatherings will take place between September 15 and 24.

Welcoming Week activities are designed to further integrate and welcome immigrants into the fabric of American life. Last year there were nearly 400 events in 150 communities across the nation.

Dayton, Ohio has been at the forefront of welcoming immigrants for many years, which began with their Welcome Dayton Compact. Their Certified Welcoming designation recognizes and rewards their commitment over many years.

The Dayton Compact was developed to help reverse Dayton’s population decline and ensure everyone, including immigrants, could participate in the local economy.

And the Compact has paid off.

According to Phillip L. Parker, President and CEO, Dayton Area Chamber of Commerce:

“…the Welcome Dayton initiative has been impactful for our community, creating a climate that encourages the social and economic empowerment of all of our citizens.”

These positive outcomes are not exclusive to Dayton, however.

Research demonstrates that communities which welcome immigrants and ensure their full integration into a city’s economic and social structure reap significant benefits. Welcoming immigrants is a strategy to “stem population decline and stimulate economic growth.”

Welcoming Week 2017 could not have come soon enough. Immigration has become a deeply polarizing issue in some communities and it’s more important than ever that individuals have an opportunity to get to know each other neighbor-to-neighbor in local communities.