What Salvadorans With Temporary Protected Status Should Know Now 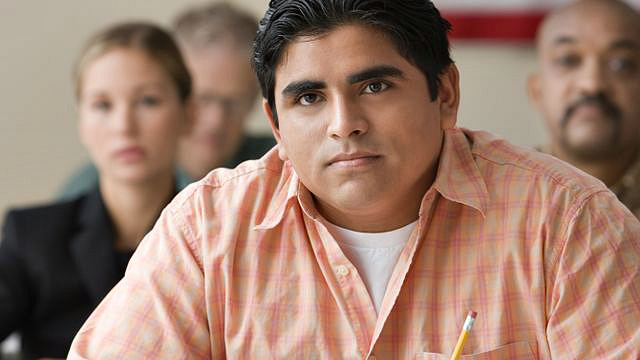 Secretary of Homeland Security Kristjen Nielsen announced on Monday that the Temporary Protected Status (TPS) designation for El Salvador would be terminated. The decision to terminate TPS for some 200,000 Salvadorans comes on the heels of months of advocacy, which focused on their decades-long lawful residency in the United States and El Salvador’s ongoing problems with gang and gender-based violence.

It is important to remember, however, that there may be options for those affected by the Department of Homeland Security’s (DHS) decision to terminate El Salvador’s TPS. If you or someone you know is impacted by the termination, here are points to consider now:

The termination of El Salvador’s TPS will not be effective until Sept. 9, 2019. Although the decision to end TPS was made in January 2018, the TPS designation will continue until Sept. 2019. Unlike years past, it cannot be extended after that date.

In the official DHS announcement, Secretary Nielsen said she postponed the termination date to allow for “an orderly transition” for both the affected nationals and El Salvador, which will need to prepare for such a large influx of people.

2. Salvadorian Beneficiaries Must Re-Register for TPS

Salvadoran TPS holders can maintain their status until September 9, 2019, but they first must re-register for TPS and apply for a work permit. Recipients will need to wait for instructions to be published in the Federal Register before submitting their renewal paperwork. Failure to re-register for TPS could result in the loss of TPS.

3. Other Forms of Relief May Be Available

Anyone who has had TPS and faces loss of status should speak with a reputable immigration attorney to explore their immigration options. While Salvadoran TPS holders will return to the immigration status they originally held prior to the TPS designation, they may be eligible for other lawful forms of relief.  If no alternative avenues of immigration relief are available, TPS holders whose status is expiring should consider how to prepare their personal and business affairs in case they choose to depart the United States or get deported.

4. Congress May Offer a Legislative Fix

Multiple bills have been introduced in Congress that would provide TPS holders with a pathway to some stability in the United States.

One of the bipartisan House bills, the Extending Status Protection for Eligible Refugees (ESPERER) Act (H.R. 4184), would allow qualified TPS holders from El Salvador, Haiti, Honduras, and Nicaragua and their family members to adjust status to lawful permanent resident (green card). Another House bill, the American Promise Act (H.R. 4253) would permit adjustment of status for all TPS holders (and their family members) whose country was designated as of January 1, 2017. The Senate’s TPS bill, the SECURE Act (S. 2144), has many similar provisions to the American Promise Act.

With many Salvadoran TPS holders’ futures in the United States uncertain, it is vital that beneficiaries take all necessary steps to maintain legal status as long as possible, explore their other options with an attorney, and make the necessary preparations for different outcomes. In the meantime, all eyes are on Congress to provide a legislative solution for hundreds of thousands of people whose lives have been upended.