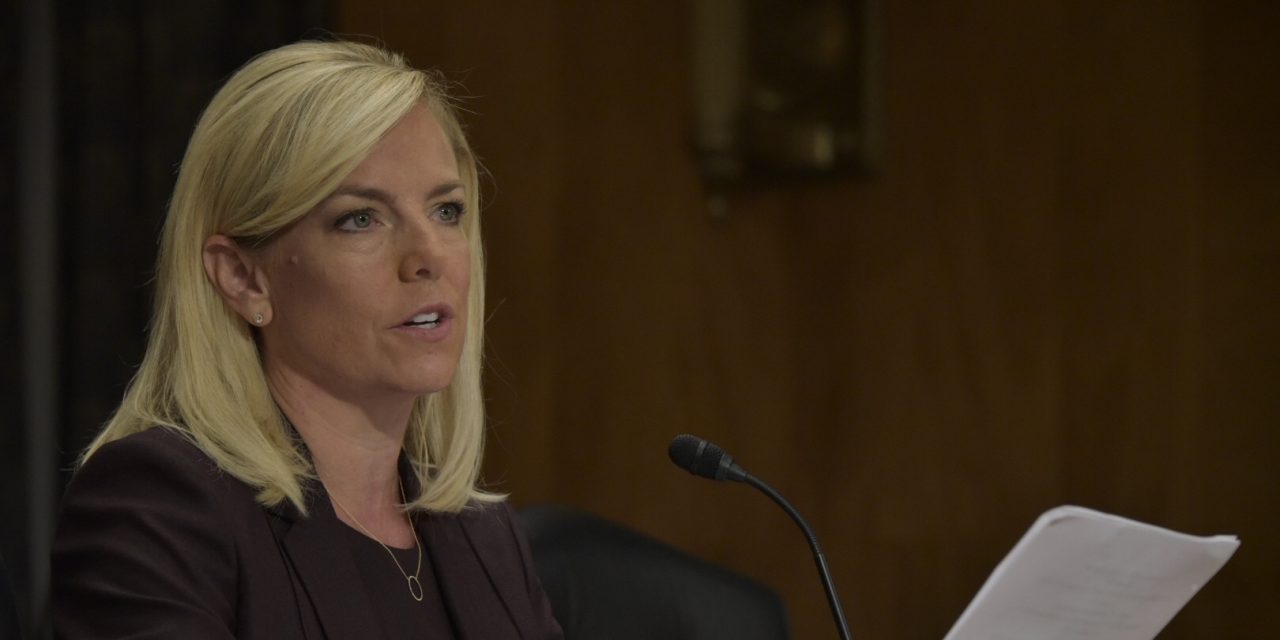 Department of Homeland Security (DHS) Secretary Kirstjen Nielsen testified before the Senate Judiciary Committee this week, where she was grilled by Senators on negotiations around Deferred Action for Childhood Arrivals (DACA), rumored upcoming DHS policies, agency enforcement actions, and much more.

While much of the media attention around this hearing focused on whether Secretary Nielsen remembered what President Trump said about African and Haitian immigrants, there was also a good deal of discussion about DHS immigration enforcement policies.

At the outset of the hearing, Senator Feinstein (D-CA) questioned Secretary Nielsen about a rumored upcoming policy change that would separate family members shortly after their arrival to the United States. The Trump administration made assurances in March 2017 that DHS would not resort to a border-wide policy of separating immigrant children from their parents. However, recent accounts from the field reflect an increase in the number of families separated by U.S. immigration officials upon their arrival to the U.S.-Mexico border.

In response, Nielsen largely avoided answering the question, stating that while nothing final had been decided, they are considering options to deter parents from migrating with their children and that sometimes circumstances warrant separating families.

Nielsen also sparred with senators about whether children who arrive in the United States unaccompanied show up for their immigration court dates. In the hearing, citing no data to justify it, Nielsen repeated an old debunked claim that 90 percent of unaccompanied children do not show up for their court hearings. However, as Senator Hirono (D-HI) pointed out to her, the data shows otherwise, with over two-thirds of all immigrant children showing up to their hearings. That percentage of attendance rises to 95 if the child has an attorney.

Nielsen was consistently unapologetic and unsympathetic about ICE’s actions, however, she said she would look into specific cases. She further stated that agents should avoid immigration enforcement at or near sensitive locations, which include schools, places of worship, and hospitals but do not include courthouses, where actions will continue.

Finally, Nielsen was questioned about DACA, and while she supported the idea of a permanent legislative solution for Dreamers, her familiarity with the issue appeared limited. She acknowledged, when pressed by Senator Booker (D-NJ), that she had never personally met with a DACA beneficiary. And in a press interview just before the hearing, Nielsen said DACA recipients would not be priorities for removal even if their DACA were to expire. Yet she seemed to not understand that this type of prosecutorial discretion was exactly the reason the DACA initiative was set into motion in the first place.

Secretary Nielsen is new to many of the immigration issues now on her plate, and her command of the subjects seemed weak when questioned by the Senators. Unsurprisingly, her remarks did not stray from the administration’s positions on immigration.