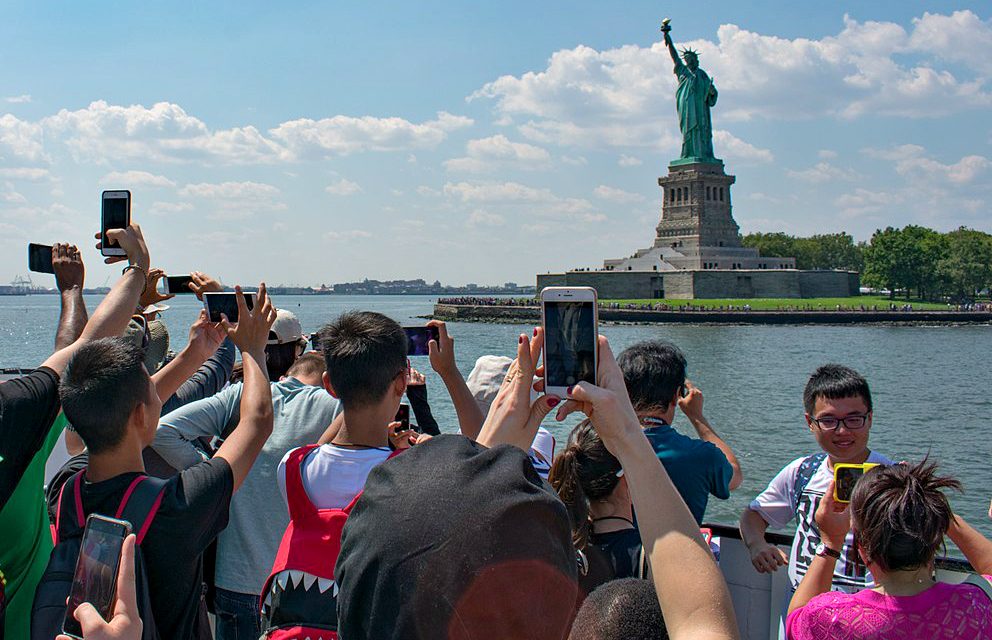 The United States has always been a prime location for foreign tourists, historically maintaining its ranking as the world’s most visited country. But with more and more tourists opting to travel elsewhere within the last year, the United States’ tourism appeal is shrinking.

This decline in tourism is largely thought to be the byproduct of the United States’ stricter immigration policies enacted under the Trump presidency. And it has business industries across the spectrum worried. In response, 10 business associations—including the U.S. Chamber of Commerce and the National Restaurant Association—have formed the “Visit U.S. Coalition” with the goal of reversing the trend.

The group was formed in January, following the release of an abysmal Commerce Department report that outlined the United States’ losses in travel over 2017.

In the report, the Commerce Department concluded that traveler spending in the United States suffered a 3.3 percent drop last year, amounting to the equivalent of $4.6 billion in losses and 40,000 jobs. A similar decrease could be seen in “long-haul” travel, in which a tourist generally stays in the states for 18 nights and spends an average of $4000 or more, according to the U.S. Travel Association. The decrease in long-haul travel equated to a $32.2 billion loss in spending, with 7.4 million less visitors in 2017 than in 2015.

The decrease in travel to the United States comes at a time when international arrivals as a whole have increased by 4.6 percent.

Roger Dow, U.S. Travel Association president and member of the coalition, stressed that “America isn’t winning when we’re falling behind our global competitors.”

In an effort to turn the tide and boost U.S. tourism, the coalition plans to present specific policy changes to the Trump administration, including speeding up visa processing times.

Their focus on enacting changes within the administration makes sense, as many travel experts are now pointing to a primary cause for this decline: the “Trump slump.”

With foreign travel continuing to fall in conjunction with harsh immigration policies, this association will hopefully help stem even further decline.