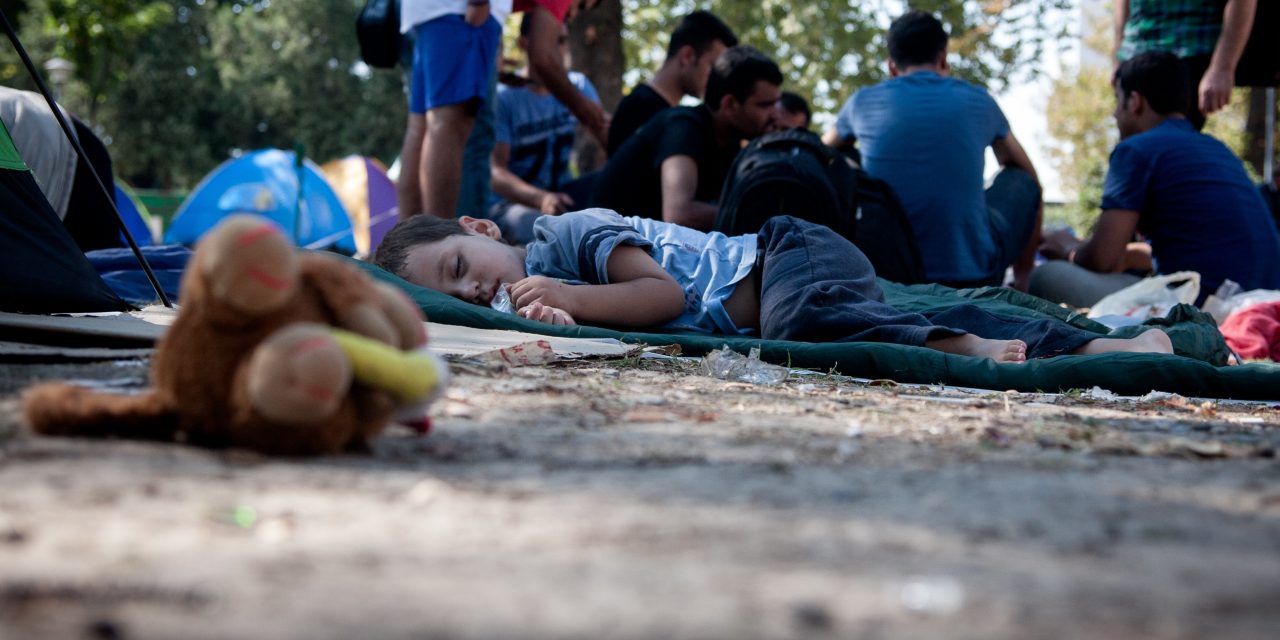 Recent reports from the San Ysidro Port of Entry in Tijuana, Mexico indicate that Customs and Border Protection (CBP) officers have refused entry to a caravan of up to 200 migrant men, women, and children. Most, if not all, of the migrants seeking humanitarian relief in the United States continue to wait to be processed by CBP, many of them sleeping on concrete outside the port’s entrance overnight.

The U.S. government has been on notice of the group’s arrival at the U.S.-Mexico border for several weeks now, as the caravan made its way through Mexico over the course of a grueling and dangerous journey north. The group—originally upwards of 1,500 men, women, and children—has decreased significantly in size to under 200.

Yet on Sunday, CBP Commissioner Kevin McAleenan released a statement indicating that CBP had “reached capacity at the San Ysidro port of entry” and that “those individuals may need to wait in Mexico as CBP officers work to process those already within our facilities.”  Not only does this position flagrantly violate U.S. immigration laws, but it is particularly troubling as CBP is suggesting that the migrants—including vulnerable Mexicans fleeing harm in Mexico—remain in Mexico indefinitely.

The migrants caught the attention of President Trump, who ordered Secretary Kirstjen Nielsen of the Department of Homeland Security (DHS) several weeks ago via tweet, “not to let these large Caravans of people into our Country,” calling it a “disgrace.” Nielsen stated just days ago, “If members of the ‘caravan’ enter the country illegally, they will be referred for prosecution for illegal entry in accordance with existing law.”

The Trump administration’s statements are both alarming and misleading. Individuals—like those in the caravan—who present themselves for inspection by CBP at a port of entry are entering the U.S. legally, in compliance with U.S. immigration law.

Further, the ability to seek asylum in the United States is a right enshrined in both international and domestic laws.  The majority—if not all—of the migrants who are presently at the San Ysidro Port of Entry in northern Mexico are seeking humanitarian relief, after fleeing persecution, grave violence, and even death. Under U.S. law, U.S. immigration officials are required to admit any individual who presents at a port of entry and states either a fear of return to their country, or a desire to apply for asylum.

Even so, lawyers and advocates have received damning reports for over a year from asylum seekers who have been systematically turned away by CBP agents along the U.S.-Mexico border. These reports culminated in a lawsuit filed last summer that is still pending. The lawsuit charges that the government violates individuals’ rights to seek asylum, their due process rights under the Fifth Amendment of the Constitution, and U.S. obligations under international law.

If admitted into the United States, it will not be the end of the road for these migrants. Most will most likely be transferred to detention centers scattered around the country and forced to fight their cases from behind bars. Detained immigrants encounter myriad obstacles to getting a fair day in court.

The reality is, it is not against the law to present oneself at a port of entry seeking asylum and protection in the United States. What is against the law is refusing them entry and a fair process.