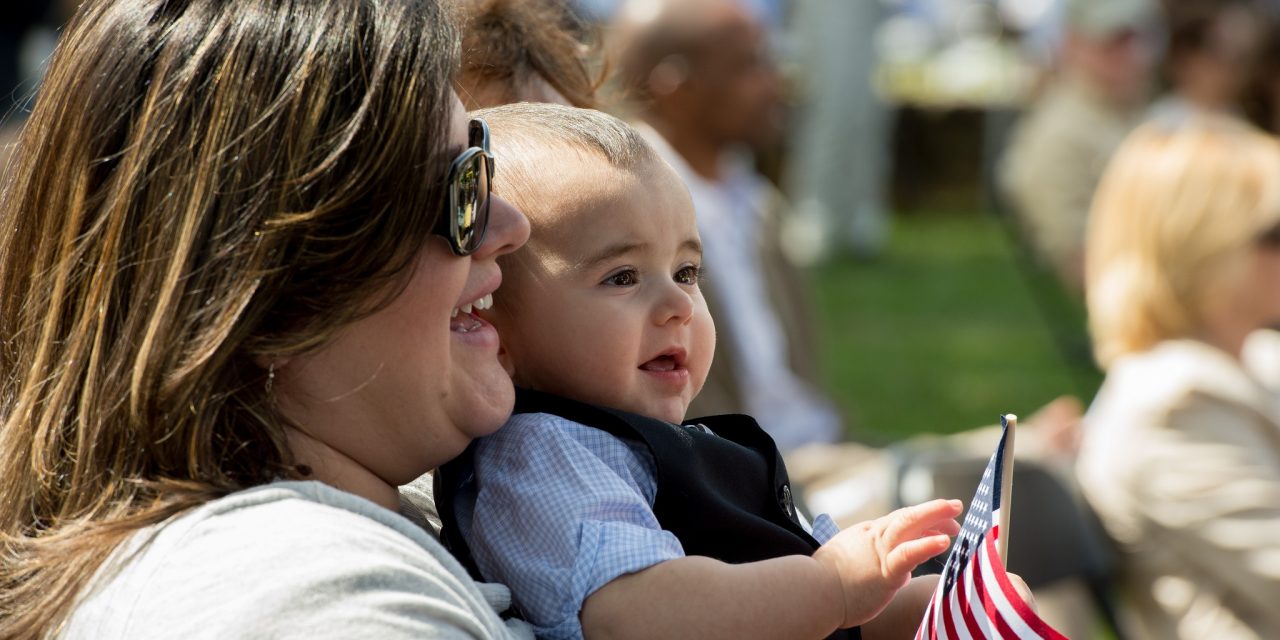 These new citizens will be naturalized in approximately 175 ceremonies across the country—at a time when the U.S. government’s negative rhetoric towards immigrants, whether naturalized or not, has hit a fever pitch.

Despite the government’s rhetoric towards immigrants, people are still choosing to become U.S. citizens every day. A total of 163,000 people have been naturalized during fiscal year 2018—a 55 percent increase from the same time last year.

During a recent naturalization ceremony in Nebraska, a district court judge presiding over the event reminded the new citizens about what it means to be American:

“You may hear voices in this land that say that there’s only one true American way. …There is no single American way to think or believe. Indeed, conformity of thought and belief would be contrary to the underlying principles of this great nation.”

Additional ceremonies will be held throughout the month. On the Fourth of July, a ceremony will take place at Mount Vernon, the home of U.S. President George Washington. During that ceremony, which will include fireworks and a performance from the National Concert Band, 101 people from 50 countries will become citizens.

The journey to these ceremonies takes dedication. In order to become a naturalized citizen, immigrants must be at permanent residents or green cardholders; read, write and speak English; be of good moral character, and pass a citizenship test, among other requirements. A USCIS officer will test their proficiency in English as well as their knowledge of U.S. history and government.

Immigrants, who choose to become naturalized U.S. citizens, pay that nation a compliment and strengthen our democracy as they become full participants in civic life.