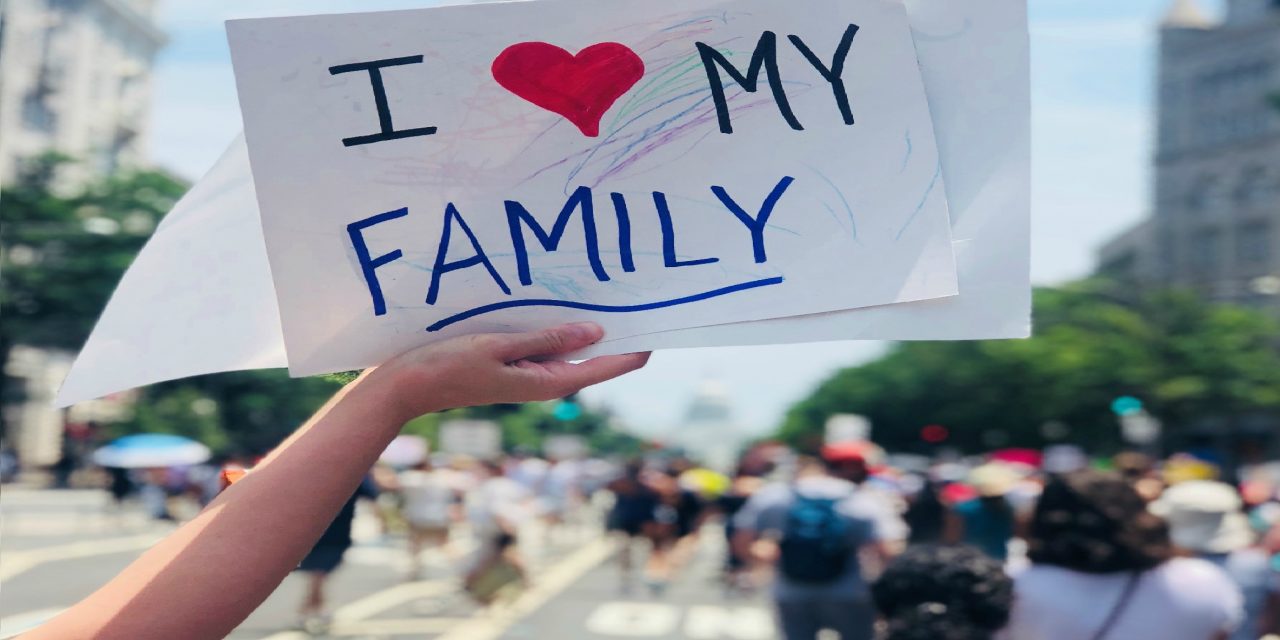 Hundreds of thousands of marchers gathered on June 30, 2018 to protest the Trump’s administration policy of family separation. Activists organized nearly 800 marches in all 50 states, from major traditional immigrant gateways such as New York and California to newer receiving communities in Kentucky, Indiana, Tennessee, and North Carolina.

The focus was the administration’s policy of separating families at the southern border, most of whom are fleeing severe abuse and gang violence in their countries of origin. The practice has resulted in over 2,300 children being taken away from their parents, often without communication or any information about the whereabouts of their loved ones.

Despite the blazing heat at many of the rallies, activists and protesters demanded that the U.S. government reunite these separated families. The nationwide marches also called for a definitive end to the administration’s zero-tolerance policy, which resulted in the current family separation crisis.

It is estimated that around 30,000 to 35,000 protesters showed up in Washington DC, New York City, and San Francisco, respectively. Another 60,000 and 55,000 people attended sister marches in Chicago and Los Angeles.

Even in rural areas such as Marshalltown, Iowa, people came together to protest. The Marshalltown march was organized by local father of two Steve Adelmund, who said he was inspired to act after seeing images of children held in detention centers on the news during Father’s Day.

“If we can’t come together under the idea of ‘Kids shouldn’t be taken from their parents,’ where are we? …We have to speak out now while we can, before we can’t.”

Some places as small as Antler, North Dakota—with a population of only 27 people—even came out to protest.

This is the latest mass resistance against President Trump’s family separation and zero-tolerance policies, which focuses on the prosecution of parents traveling with their children as well as people who subsequently attempt to request asylum.

Under enormous political pressure, the president backed away from family separations by signing an executive order on June 20, 2018 that unfortunately only muddled the issue. Though it called for an end to family separation, the order included significant caveats and envisioned a massive expansion of family detention.

Last week a federal judge ordered the Department of Homeland Security (DHS) to reunite separated families in the coming months, but details about the process and the likelihood of meeting court-ordered deadlines remain uncertain.

In addition, the practice of keeping these families together—but detained indefinitely—does not represent a better alternative. This administration must also seek alternatives to detention (ATD).

ATDs allow families to carry on with their immigration proceedings outside of detention facilities, including their participation in telephonic and in-person check-ins with immigration officers, case management, and more. ATDs are cheaper, result in greater attendance at immigration court hearings, and most importantly, support the health and wellbeing of these vulnerable individuals during the time they need it most.

The marches demonstrated a clear rejection of the administration’s punitive policies and support for keeping families together. Our immigration system must reunite families and offer a more humane alternative.