A Second Child Died in Border Patrol Custody. Why Is the Government Doubling Down on Deterrence? 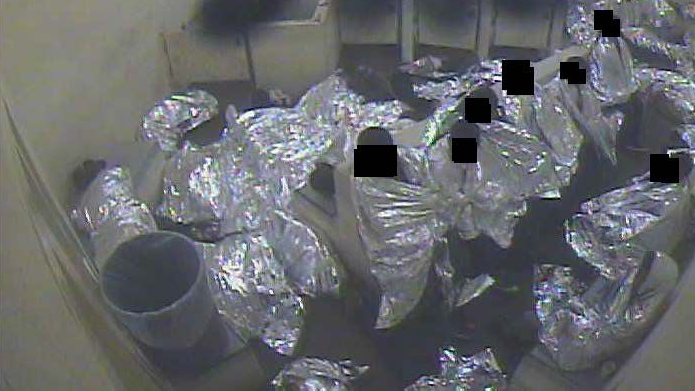 In early December, seven-year-old Guatemalan Jakelin Caal died within hours after coming into the custody of Customs and Border Protection (CBP). Her tragic death brought renewed attention to the systemic problems of medical care in CBP’s “iceboxes,” where not even children are screened for medical problems after being detained. Tragically, a second child, eight-year-old Felipe Gomez Alonso died only weeks later, on Christmas Eve. He and his father were shuffled between overcrowded iceboxes for over six days before Felipe died from the flu virus.

Felipe and his father reportedly turned themselves in to Border Patrol officers on December 18, three miles from the Paso Del Norte port of entry in El Paso, Texas. They spent the next six days in three different iceboxes in Texas and New Mexico. On the morning of December 24, Felipe was transferred to a local hospital because he was coughing badly.

For reasons yet unknown, doctors at the hospital diagnosed Felipe with only the common cold, prescribed him a pain killer and an antibiotic, and cleared him for release despite a fever of 103 degrees. CBP officials then took him and his father to a holding cell at a highway checkpoint. Hours later Felipe was rushed back to the hospital. He died that night.

Felipe’s death, following so close on the heels of Jakelin’s death and the reports of a 5-month-old baby hospitalized for pneumonia after multiple days in an icebox, finally forced CBP to take concrete steps to protect children it was detaining. The Department of Homeland Security ordered a medical screening of all children in CBP custody. However, the agency did not make clear whether this would be an ongoing practice or simply a one-time review.

In an interview with ABC News, CBP Commissioner Kevin McAleenan admitted that the agency previously did not have the capacity to screen children for medical conditions. Despite that admission, McAleenan declined to take any responsibility for the deaths of Felipe and Jakelin, claiming that agents had done everything they could to prevent their deaths. McAleenan also declined to address the fact that substandard care of children in iceboxes has been documented for years.

While increased medical screenings for children are a welcome and necessary advancement, there are many signs that the agency is still resisting any systematic change. In a tweet on January 1, DHS Secretary Kirstjen Nielsen declared that the solution to “children arriving illegally [with] illnesses” is for Congress to limit protections for asylum-seeking families and unaccompanied children.

Rather than pushing for reforms which would make children safer, Nielsen is proposing that children and families be treated worse—in order to deter people from traveling to the United States in the first place. But making the cure worse than the disease is not a solution to the humanitarian crises driving asylum seekers to flee Central America. Even the Trump administration’s inhumane family separation policy did little to deter families fleeing harm.

Instead, the administration should work to improve conditions both in Central America and at home, including systemic reforms to ensure that no child ever dies in Border Patrol custody of a preventable illness.

As a first step, CBP should ensure that all people in its custody, especially children, are provided a medical screening by a qualified medical professional. Unfortunately, so long as CBP focuses on deterrence over reform, tragedies like the deaths of Felipe and Jakelin will likely occur again.