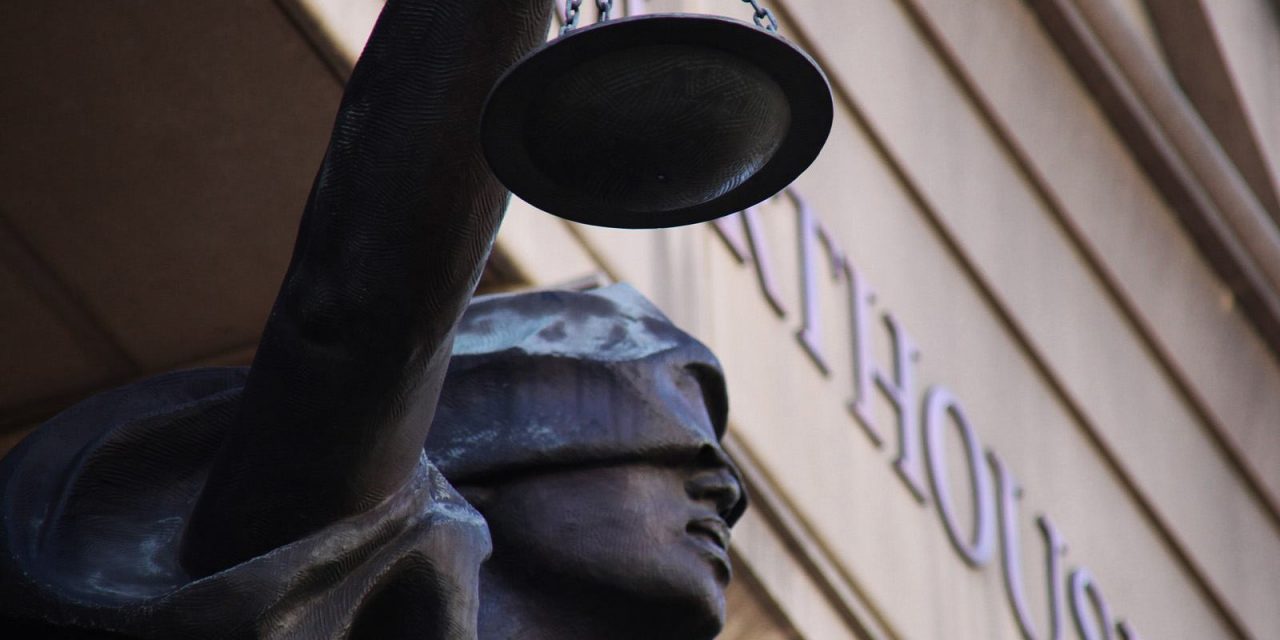 Immigration and Customs Enforcement (ICE) has dramatically increased enforcement actions in and around state and local courthouses since 2017. As part of the Trump administration’s aggressive immigration enforcement agenda, ICE began using courthouses to conduct frequent civil immigration arrests. In practice, this means ICE agents—often unidentified and in plainclothes—have a greater presence in civil and criminal courts across the country and conduct surveillance, searches, and arrests of people participating in legitimate court business.

Local officials are pushing back against this practice. This week in Massachusetts, district attorneys and public defenders sued the federal government to stop ICE from making civil arrests in the state’s courts.

The plaintiffs argue that ICE’s practice of arresting people at courthouses for civil offenses is making their jobs harder and at times impossible. They say ICE’s conduct is deterring noncitizens from participating in a wide range of court procedures and undermining the administration of justice in Massachusetts. For example, crime victims being scared to testify or come forward for fear of ICE courthouse arrests.

ICE currently conducts immigration enforcement in and around courthouses under guidance issued in January 2018. The lawsuit challenges the practice and the authority of the ICE guidance, arguing that Congress never authorized the agency to conduct civil courthouse arrests. The suit further contends that the agency cannot force states to help enforce federal immigration law and that ICE courthouse arrests infringe on the constitutional right of access to the courts.

According to the complaint, “Entire communities now view the Massachusetts courts as places where they cannot go, for any reason… the judicial system cannot function if parties and witnesses fear that their appearance in court will be used as a trap.”

While many elected officials and community advocates have pushed for ICE to treat courthouses as sensitive locations, this marks the first time a district attorney’s office has sued over the practice. The lawsuit is also notable for bringing together usually opposing parties—prosecutors and defense attorneys—to fight what they say is a serious threat to the state’s system of justice.

The concerns in Massachusetts are not isolated or unique.

A recent report found that ICE arrests and attempted arrests at and around courthouses in New York increased 1700% between 2016 and 2018, under the Trump administration. New York State officials took notice and acted.

The New York State Office of Court Administration issued a directive earlier this year to reign in ICE courthouse arrests. The new rules require ICE agents to have—and present—a federal judicial warrant or order before making an arrest in a New York court.

In addition to the documented chilling effect that ICE’s actions have on victims and crime reporting, community and survivor advocates also point to misconduct by ICE agents. In New York, use of force reports related to ICE courthouse encounters increased between 2016 and 2018. Examples include:

“…reports of ICE agents tackling individuals to the ground, slamming family members against walls, and dragging individuals from cars in front of their children. They have also pulled guns on individuals leaving court. In one incident, ICE officers physically assaulted an attorney who was 8 months pregnant.”

ICE’s enforcement conduct in courthouses is harmful to those who seek justice from the courts and undermines the integrity of the justice system. While the Massachusetts case remains pending, it is clear that state and local officials understand the detrimental effects of ICE courthouse arrests and are willing to take bold action to protect their institutions and communities.